Vintage American short-bed pickup trucks are in increasingly high demand among collectors, so the $9,300 asking price on the Pick of the Day, a 1966 Ford F100, seems reasonable for an unrestored and V8-powered pickup of this era.

The truck is in Twin Falls, Idaho, and the seller who placed the advertisement on ClassicCars.com notes that the truck originally belonged to an uncle who used it as personal transportation for its first 10 years. But then the truck went into a garage for more than 15 years before the seller’s son got his driver’s license and used it as a way to get back and forth to high school for less than two years.

When the son went to college, the truck went back into the garage. The odometer shows only 88,585 miles.

The seller says the truck is in running condition, powered by its original 352cid V8 engine topped by a two-barrel carburetor. The engine, which has never been rebuilt, is linked to a four-speed manual gearbox.

“Body is overall in very good condition with the exception of quarter-sized rust patch on cab,” the seller notes. “It has some other superficial rusting but no major rust areas.

“It has been repainted one time — white on white.“

“This vehicle has not been involved in any accidents.”

However, the seller adds, “the seat needs to be reupholstered.” 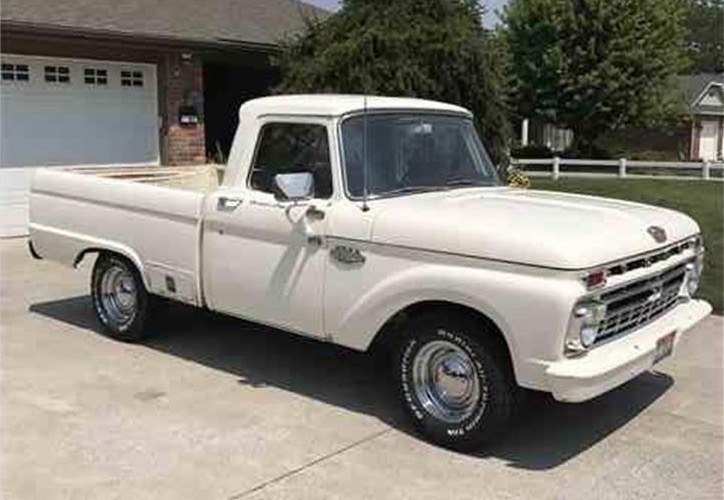