Five vehicles you can import and drive in 2018

Among other things, they have in common their launches as 1993 models, which means that until 2018, they cannot be imported legally for use on American roads. However, NHTSA’s 25-year importation rule on these and other 1993-model-year vehicles which did not meet U.S. safety-equipment regulations expires next year and these and other cars will be eligible for importation and driving notes uShip, which calls itself the “Uber for Shipping.”

uShip has identified those five cars listed above as “the coolest European cars that are not currently legal in the U.S., but will be legal to import in 2018.”

According to NHTSA regulations regarding such vehicles:

“A motor vehicle that is at least 25 years old can be lawfully imported into the U.S. without regard to whether it complies with all applicable FMVSS. Such a vehicle would be entered under Box 1 on the HS-7 Declaration form to be given to Customs at the time of importation…”

Meanwhile, here’s what uShip has to say about each of those vehicles:

1993 Jaguar XJ220-S: The Jaguar XJ220 is a two-seater supercar produced by British luxury car manufacturer Jaguar from 1992 until 1994, in collaboration with the specialist automotive and race engineering company Tom Walkinshaw Racing. The XJ220 officially recorded a top speed of 212.3 mph (341.7 km/h) during testing by Jaguar. This made it the fastest production car from 1992 to 1993. According to Jaguar an XJ220 prototype managed a Nürburgring lap time of 7:46:36 in 1991 which was lower than any production car lap time before it.

1993 Lamborghini Strosek Diablo: The Lamborghini Diablo was a high-performance mid-engined sports car that was built by Italian automaker Lamborghini between 1990 and 2001. It was the first Lamborghini capable of attaining a top speed in excess of 200 miles per hour (320 km/h).

1993 Aston Martin Virage Volante: The Aston Martin Virage is an automobile produced by British manufacturer Aston Martin as a replacement for its V8 models. Introduced at the Birmingham Motor Show in 1988, it was joined by the high-performance Vantage in 1993, and the name of the standard car was changed to V8 Coupe in 1996. This V8-powered car was intended as the company’s top model, with the 6-cylinder 1994 DB7 positioned below it. Although the DB7 was switched to a V12 engine and claimed a performance advantage, this V8 model remained the exclusive, expensive, and hand-built flagship of the Aston Martin range. 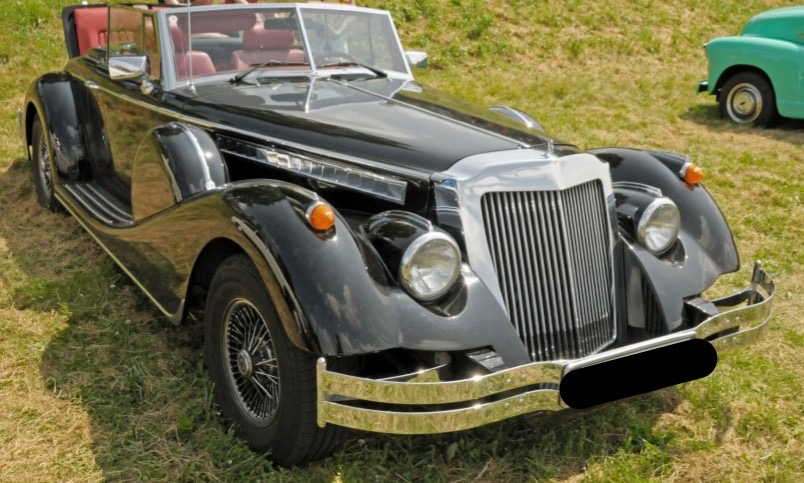 1993 Bancroft Roadster: The Bancroft is a two-seater roadster in the style of the 1930s. The model was designed by the American racing driver Hugh Bancroft. The drive was a modified V8 engine of the Mercedes-Benz 500 SL with 343 hp . The new price was between 300,000 and 396,000. The production of the roadster took place at GFG-Exklusiv-Cars GmbH in Gronau, where Elisar was also produced. According to different figures, between 10 and 300 vehicles were produced. Count and Countess Beissel of Gymnich were the editors of the vehicles.

Founded in 2004 and based in Austin, Texas, and with an office in Amsterdam and operating in 19 countries, uShip is “an online shipping and transport marketplace that enables people and businesses to easily and affordably price, book, and ship everything from cars to cranes, freight to furniture, and households to horses — locally and globally,” the company notes.

While many new companies started in a garage, uShip “started in the back of a rent-a-truck” when Matt Chasen and his fiance, Heather, were moving from Seattle to Austin.

“The 9-foot van Matt ordered was sold out, leaving them with an enormous 20-foot truck,” the company’s news release continued. “Along that 2,500-mile drive, Matt remembered the large family-heirloom armoire he’d tried — and failed — to ship a year earlier due to the astronomic shipping costs. That’s when he had his lightbulb moment that he’d become intent on solving: creating a way online to efficiently connect people’s large shipments with empty truck space so both parties win.”

The story goes that Chasen made such a project the focus of his business-school project, shared it with other students and together they launched uShip.com.