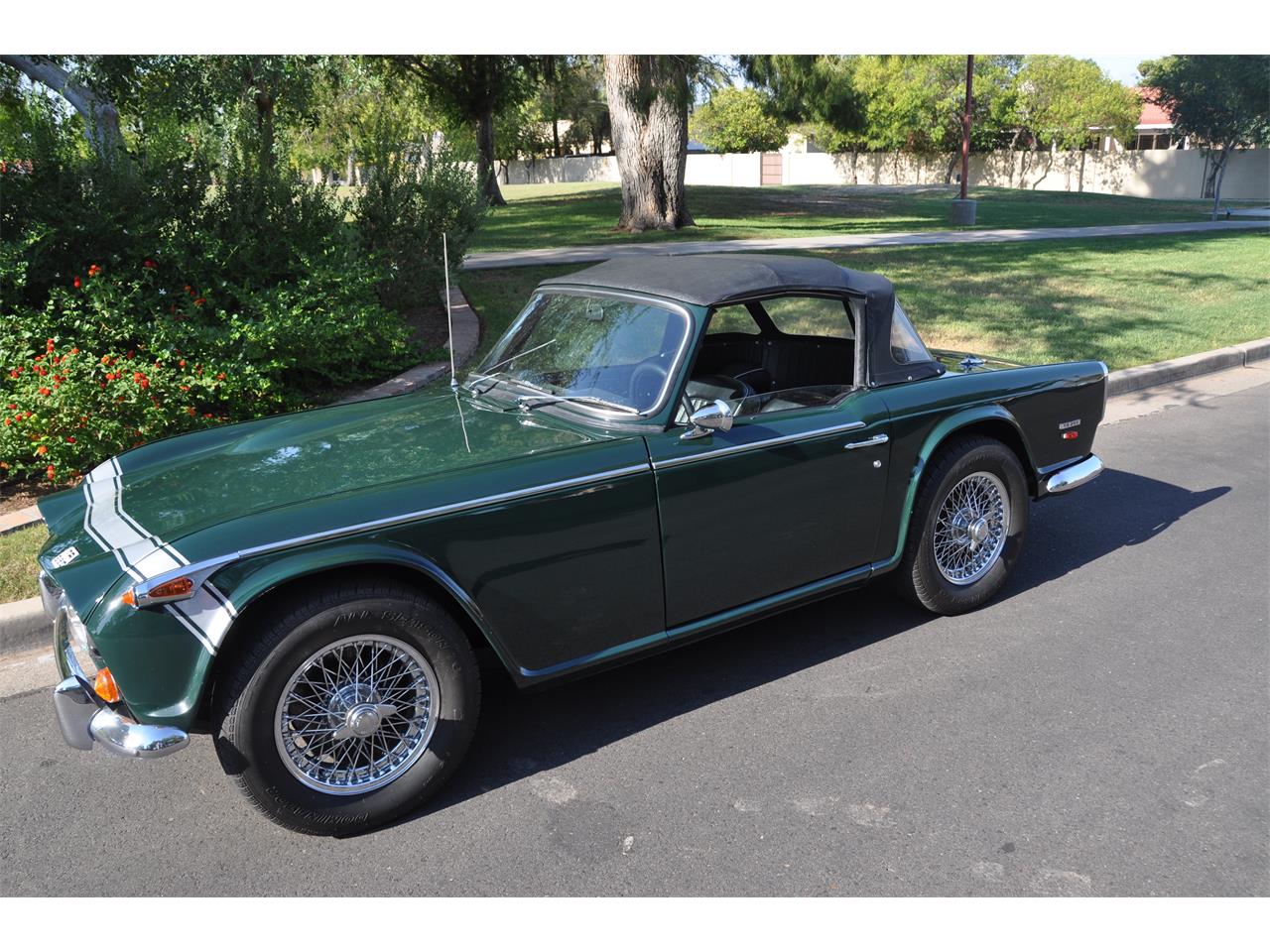 In 1966, Triumph had a problem. Its new car, the TR6, was not ready and the TR4 was becoming increasingly long in tooth, having older styling and, more importantly, was down on power.

What the British automaker did in response was to build one of the greatest cars it ever made. It took the body and chassis of the Michelotti-designed TR4 and mated it to the new engine that was going to be used in the TR6.

The car was produced only for the 1967 and 1968 model years, and was called the TR-250, the numbers coming from the displacement of the 2.5-liter 6-cylinder engine.

Pick of the day is a nicely restored 1968 Triumph TR-250 located in Mesa, Arizona, and advertised on ClassicCars.com.

The seller describes this TR-250 as a complete body-off restoration done in 2008 and states that the car has an excellent and straight, rust-free body with very nice paint in British Racing Green with the correct TR-250 silver nose stripe. It further describes the black interior with as being in excellent condition with new carpet, floor mats and door panels. The car also features a new convertible top. 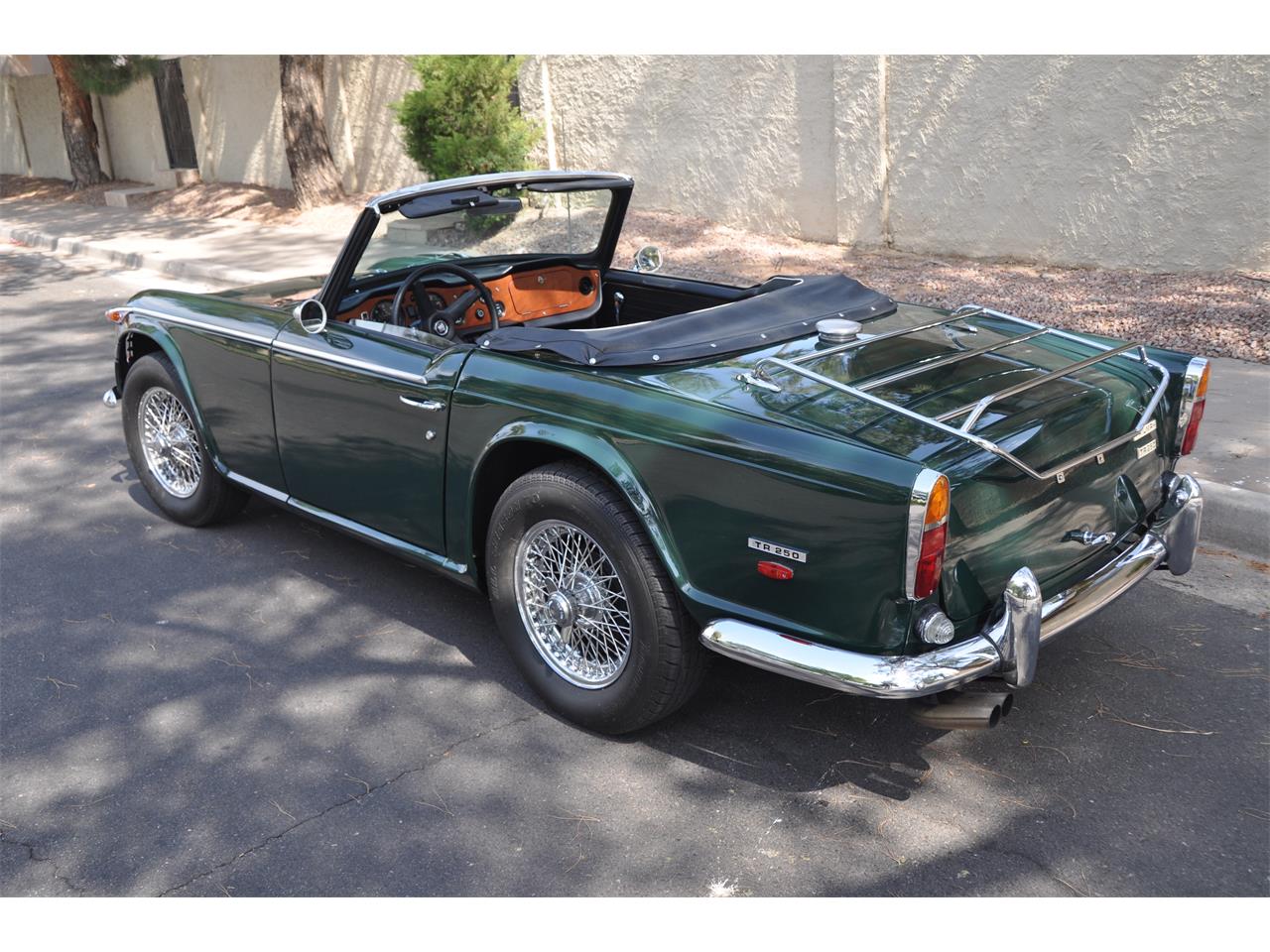 The chrome on the bumpers and luggage rack are as new.

This car reportedly has been driven less than 5,000 miles since a comprehensive service which included having the engine, transmission and carbs rebuilt. The rebuild featured new rings, rod and crankshaft bearings, and new crankshaft thrust washers. The cylinder-head work included magnafluxing and machining, new valve guides, timing chain and polishing camshaft to proper specifications. The gearbox was fully inspected and received new synchros as well.

The seller states that the mechanicals operate flawlessly and that, astoundingly for a British car, it has no fluid leaks anywhere,

Finally, the fuel tank was cleaned and relined, a new stainless exhaust system was installed, along with a new alternator, Petronix electronic ignition, new brake and clutch master cylinders, the windshield wiper cabling was replaced as were the wheel hubs.

A new set of Dayton tubeless 72-spoke chrome wire wheels were added, along with a new set of radial tires.

To make the car perfect, it includes a fitted car cover and a complete factory tool kit.

Most Triumph TR cars are not this well sorted and as ready to drive as this one appears to be. The best way to buy one of these is with all of these things done and you could easily spend the cost of this car to have all of this work done on a TR-6 let alone a TR-250.

The asking price of this car is $31,500, which, when you look at the current rising market for the TR-250, looks like an incredible deal.

So if you are looking for a classic British roadster to put in your garage, this one would be my first choice.