Will electric-powered self-driving cars carry us back to the future?

You might recall that when J Mays and his teams at the VW/Audi and then the Ford design studios were creating heritage-inspired cars and concepts — the new Beetle, the Audi Avus and TT, the new Mustang, a new Thunderbird, the Ford GT, and proposals for new Cobras and Broncos and even that amazing Ford 49 concept, the overarching theme was called Retrofuturism, a look to the future inspired by a look into the rear view mirror.

It was a welcome change from the jellybean shapes that were everywhere on the highways in the late decades of 20th Century, but government-imposed crash safety and fuel-economy requirements restricted the exuberance that car designers could incorporate into what we drove.

It seemed that the flamboyant days of French and Italian studios were long gone. 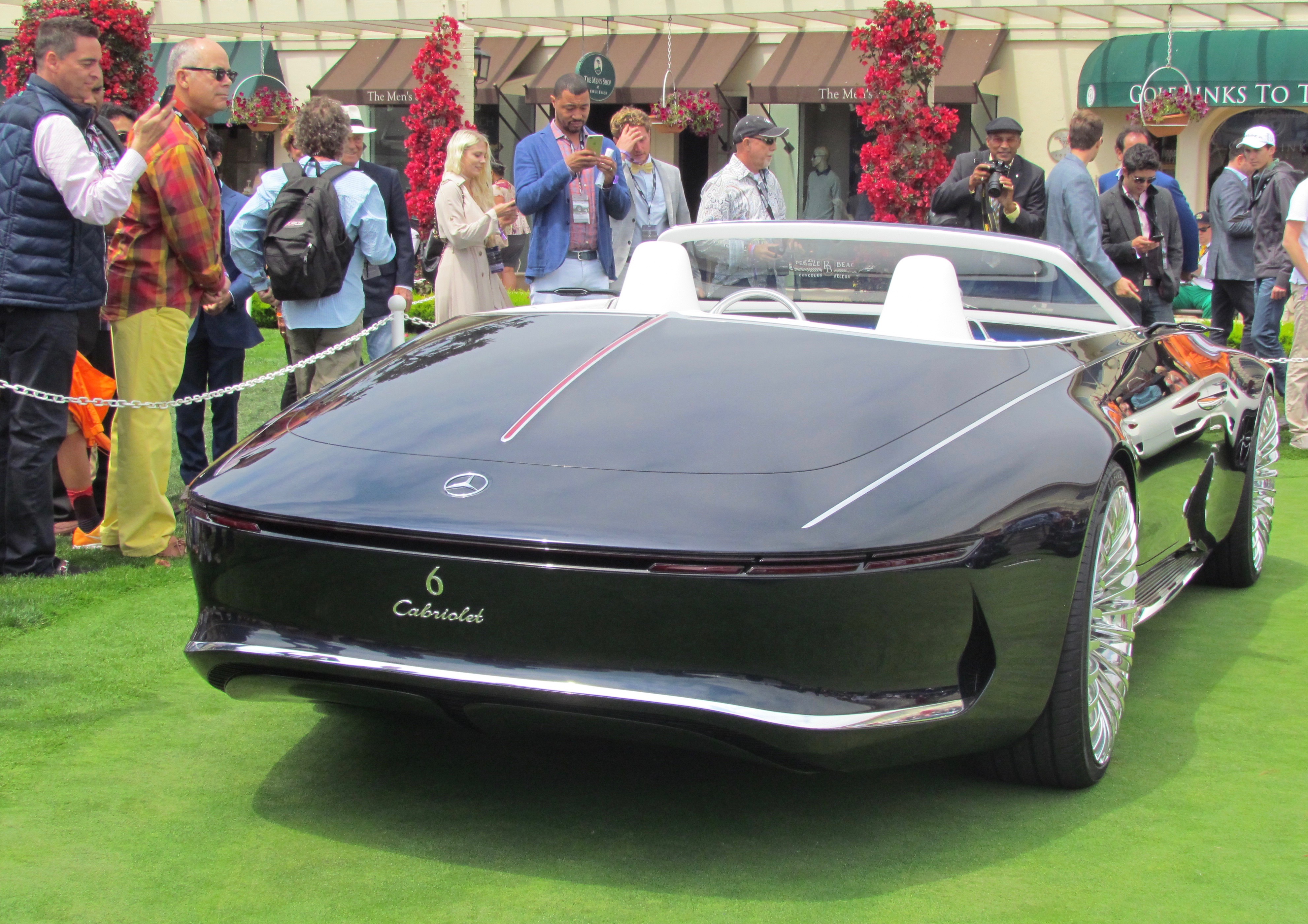 Among the hundreds of cars displayed in and around the Pebble Beach Lodge during the recent Monterey Car Week were three vehicles that make me think twe might be entering an automotive design renaissance. If so, it well may be electrically powered and autonomous vehicles that carry us into a world of style and elegance.

First, the vehicles, and then the implications of the self-driving and electrified vehicle and the future of automotive design and style.

The three vehicles that inspired this essay were the elegant Mercedes-Maybach 6 cabriolet, the racy Infiniti Prototype 9 and the surprisingly large Volkswagen I.D. Buzz.

The Buzz had debuted as a concept car at the Detroit auto show back in January. I first saw it early in the morning on 17 Mile Drive, where it was posing for photographs just before VW announced that the modern version of its famed VW Microbus – though this one might best be called the Maxibus – had been approved for production, and will be available for purchase in dealerships in 2022.

The Mercedes-Maybach 6 is a long, low two-seater, with what Mercedes-Benz calls a “luxurious ‘haute couture’ interior” and art deco exterior design cues and proportions. The car is 20 feet long and would look right at home whether it was delivering Clark Gable and Bette Davis or Casey Affleck and Emma Stone to the Academy Awards ceremony.

As with the ID Buzz, propulsion comes from electric batteries, enough to generate 750 horsepower to four in-wheel motors.

Infiniti proclaims its Prototype 9 to be “a journey back in time,” imagining what Nissan’s luxury car division would have built for Grand Prix racing had it been around in the 1940s.

The project started as an after-hours effort to sketch what might have been, but it became so popular within the design and engineering staffs that a full-fledged prototype was produced.

Again, like the Maybach 6 and Maxibus, the 9 is an electric vehicle.

Have you noticed the theme? All three of these retrofuturistic vehicles have electric powertrains. That’s important, because combine an absence of combustible fuel with self-driving cars designed not to crash into each other — or into anything else, for that matter — and there’s the possibility of a new day somewhere over the horizon in which government safety regulations will be rethought — do we need crumple zones in a collision-free road system? — and where fuel economy no longer is a factor because vehicles no longer burn fuel, instead they’ll run on electricity increasingly generated by renewal sources.

The result could be an unbinding of automotive designers, finally allowed to chase their imaginations just like Figoni et Falachi, Pinin Farina, Soutchik, Michelotti and other stylists were free to do.

Of course, we’ll all be passengers, not drivers. Could it possibly be worth the trade off?

Or… Just yesterday,  Jaguar upped the ante among the automakers, unveiling not only a classic but electric-powered E-type roadster, but its Future-Type, an electric-powered, on-demand autonomous concept vehicle that can drive itself or offer the driver the option of taking control.

But get this: While the three-seat vehicle would be shared, individuals would be able to buy their own “intelligent” and removable steering wheel, which would work at home as sort of an Amazon Alexa, except you could ask it summon a shared vehicle.