While wandering around the venues last week for the collector car auctions in Auburn, Indiana, I was particularly, though not literally, struck by two vehicles. At Worldwide Auctioneers, a hot-rodded 1974 Ford Maverick was among the consignments. At Auctions America, an apparently box-stock and amazingly preserved 1980 Chevrolet Chevette still with its original tires and with only 8,000 miles on its odometer was among the consignments.

My response to those vehicles: When in the world did a Maverick and Chevette become collector cars? 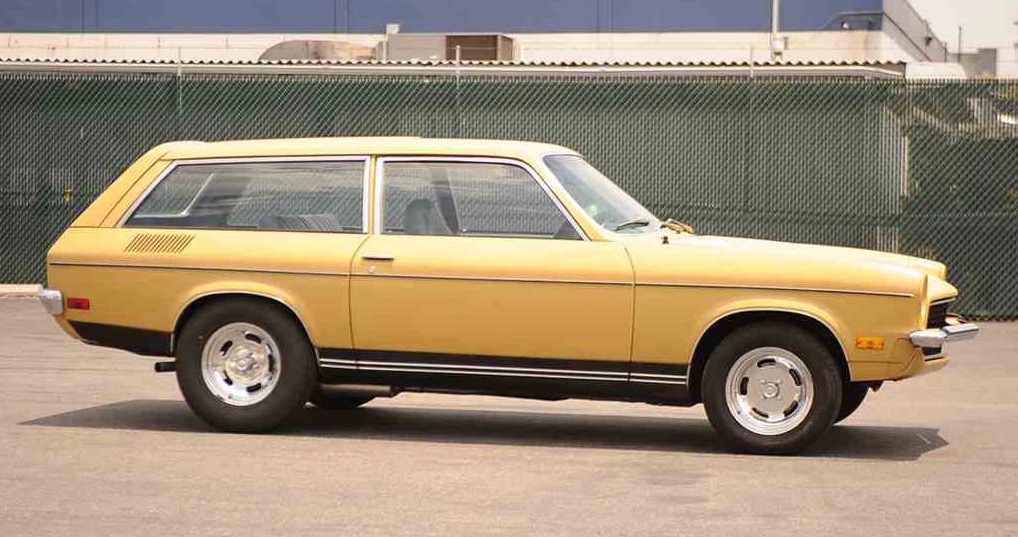 Which brings us to the Pick of the Day, a 1973 Chevrolet Vega kammback station wagon for which the private seller in Costa Mesa, California, is asking $17,500.

But wait. Before you start laughing, you need to realize that this is no box-stock Vega wagon. No wimpy four-banger resides under the hood. Instead, there’s a 350cid Chevy small-block V8 with Weiland aluminum intake topped by a 670 Holly “street avenger” carburetor and equipped with Sanderson custom shorty headers, Thrust dual mufflers, and custom aluminum radiator.

Front brakes are vented, drilled and slotted discs with ceramic pads. Suspension is upgraded and the wheels are period-correct slotted 14-inch mags; the seller will include the stock 13s.

The interior has been updated with newly upholstered seats and performance gauges, the seller notes in the advertisement for the car on ClassicCars.com.

“Daily driver,” the seller promises. “Rolls straight, brakes straight. No unwanted sounds. Has a low lumpy idle. Gets thumbs up everywhere it goes.”

So when did a Chevy Vega become a collector car? Perhaps right now.