20 Years of LS: A Quick History and Facts from the Engineers 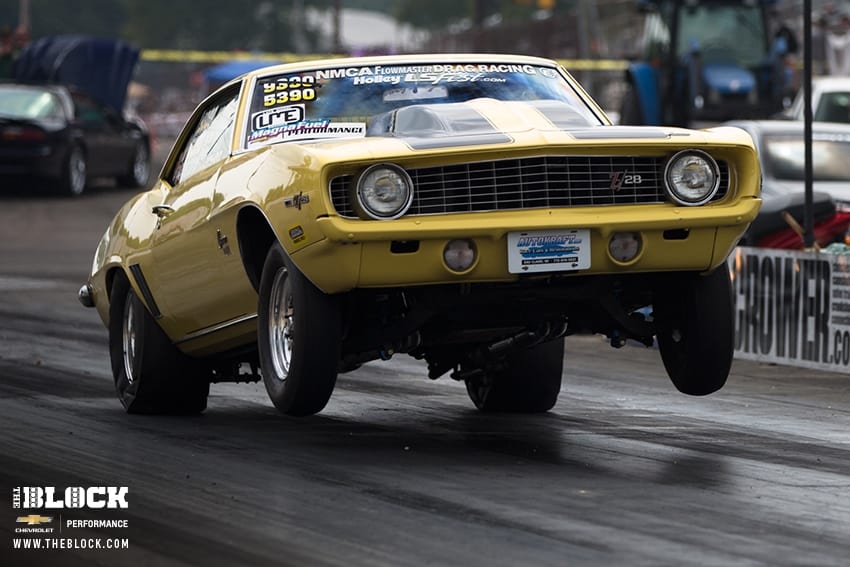 This article was written by theBlock, and was originally published on theBlock, a GM performance website.

Yea, we couldn’t believe it either, but it’s true. The powerful, reliable and extremely popular LS line of engines turns 20 this year after its introduction in the 1997 Corvette. Now, we’re not going to celebrate with a history lesson, plenty of other publications have all that info, like the different LS engines, the years they debuted, tech specs and more. No, we’re going to take you behind the scenes with the Chevrolet Performance Engineer for LS, LSX and LT Engines and Components, Rocko Parker.

Rocko started with GM back in 1986. He designed vehicle components for 11 years then transferred to Chevrolet Performance in 2006. Then he designed cold air intake kits and catback exhaust systems for 1-2 years, which then lead him to start working on his current assignment with the Gen IV engines. Rocko’s the real deal, yet he’s very modest. Rocko is one of the leading guys designing and testing LS, LSX and now LT engines. Keep reading below for a little more background on Rocko, some insight into the LS engine’s popularity and even some more personal questions like Rocko’s projects at home.

The BLOCK: Growing up, did you ever think you’d be helping design and build such a popular line of engines?

Rocko: Absolutely not. If you would have asked me as a kid I would have thought I was on top of the world. I have been working on and modifying cars since I was 14, so this job is a great fit. Side note, there are 14 vehicles at my house. Some drivers, some hot rods, 2 drag cars and 2 circle track cars.

The BLOCK: Wow! Ok, we’ll talk more about that in just a bit. Let’s talk the LS engine’s 20th anniversary. This is a fairly involving question, but why was the LS created? Why did the world need it?

Rocko: Fuel economy, emissions and weight reduction were the driving force. My first assignment at GM was a mass and fuel economy engineer. An aluminum engine was always on my list of items to reduce the vehicle mass. It is a lot of weight reduction and can be used over many years and vehicle models. The LS1 engine was an all-aluminum engine and a great fit for the Corvette. Not only lighter, but took the weight off of the front end of the car.

The BLOCK: Very interesting. With the engine’s storied reputation for making big power, we didn’t think “fuel economy” and “emissions” would have been a driving force. So, what makes an LS, an LS?

Rocko: The industry considers all Gen III and Gen IV small block Chevrolets an LS engine. People like the engine because it is compact and very efficient. The big improvement from the Gen 0-II small block is the cylinder head design. The valve angle was changed from 23 degrees to 15 and the valve spacing is duplicated from end to end.

The BLOCK: What car did the LS debut in? What was the general public’s reaction?

Rocko: It debuted in the then new C5 Corvette in 1997. It replaced the LT1/LT4 engine which was an iron block engine. I was not working on this program in 1997, but based on the fact people are still searching for and modifying them, it is a great engine.

The BLOCK: What was the next LS to debut?

Rocko: There were several versions for cars and trucks, the LS6, LS2, etc. that were similar to the LS1. What I consider as the next LS that really sticks out is the LS3 for cars and the L92 for trucks. Both are larger displacement and improved air flow due to larger ports and valves. Chevrolet Performance has crate engine versions that range from 430 horsepower up to 533 horsepower and are based on the production LS3.

The BLOCK: How did the Gen IV differ from the Gen III LS line of engines?

The BLOCK: Did you ever think the LS line of engines would be as celebrated as they are today?

Rocko: It does not surprise me, based on how people have been using the Gen 0-I engines for so many years. It just seems like a logical next step. It did take more time than I would have guessed. It took the group of people that did not grow up with carburetors to get old enough to be comfortable with fuel injection and modifying their vehicles (chuckles).

The BLOCK: What brought on the Gen V LT line of engines? Do you foresee these engines being as successful as the LS?

Rocko: Like the LS1, the new LT engine family was driven by fuel economy and emission. The LT engines are even better than the LS engines. Foreseeing the future is tough, but I think the LT engine family will soon replace the LS as the go-to engine in the industry thanks to its increased capability for smooth, reliable power.

The BLOCK: Wow, we were not expecting that answer. I guess that makes sense with all of Chevrolet Performance’s support of the LS series, as well as used engines being so abundant. What is your favorite LS engine currently on the market and why?

I really like naturally aspirated engines, so the LS7 stands out as my favorite production engine, but the is the one I would like in my ‘85 SS Monte Carlo. It is over 600 horsepower and has a great exhaust sound.

The BLOCK: What’s one of your current personal projects?

Rocko: Well, my 17-year-old son started circle track racing last year in an Enduro class. In the spring of 2017 we started building a 1985 Caprice for pure stock circle track racing. It was a previous car that hit a wall hard in the front end. We have cut and replaced the front clip including the frame and built all of the front roll bar pipes. I am in the process of building a Gen1 350 engine and updating the complete driveline. It cannot be an LS style engine because it has to use an engine used in the era of the vehicle being raced.

The BLOCK: That’s very cool your son is getting into the hobby as well, and you’re helping him out. Like father like son, right? Since you can’t use an LS for that build, what’s your dream LS/LT build?

Rocko: From Chevrolet Performance we have a good selection of LS/LT engines that range from 430 horsepower up to 780 horsepower and some LSX boost-capable engines where 900+ horsepower is achievable. So, my desire is more personal with respect to a dream engine. As I mentioned earlier, I want to build something close to the LSX454 for my 1985 Monte Carlo.

This article was written by theBlock, and was originally published on theBlock, a GM performance website.