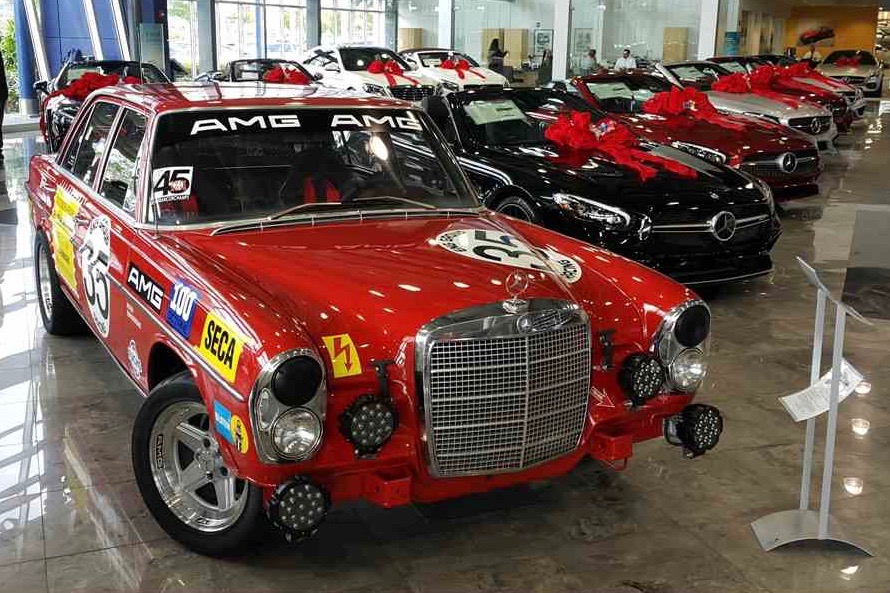 The private seller of our Pick of the Day hopes so much that the car goes to a museum that he’s willing to offer special pricing on this tribute to the first AMG racing car.

This year marks the 50th anniversary of AMG, which started when two Mercedes-Benz engineers decided they wanted to go racing, and grew into a full-fledge tuning shop and car modifier and eventually was enfolded into Daimler ownership.

AMG’s first racing effort involved a W108 four-door sedan that was ready to compete at Spa Francorchamps in July 1971. The Pick of the Day is a tribute to that vehicle, the seller says in the advertisement for the car on ClassicCars.com.

It also has black, cloth-covered racing-style seats. However, it does not have air conditioning, but the seller notes that the compressor brackets are installed in case someone wants to add that feature.

“The construction of this vehicle and its redesign is a private enterprise,” the seller notes. “We do not alter the security systems of the original car as built at the time of manufacture and delivery in the USA.

“We just enhance the design of the vehicle with professional add-ons.”

That work, the seller notes, are done by certified technicians in Fort Lauderdale, Florida.

By the way, the seller says he is working on similar replicas inspired by other famous Mercedes-Benz racing cars. 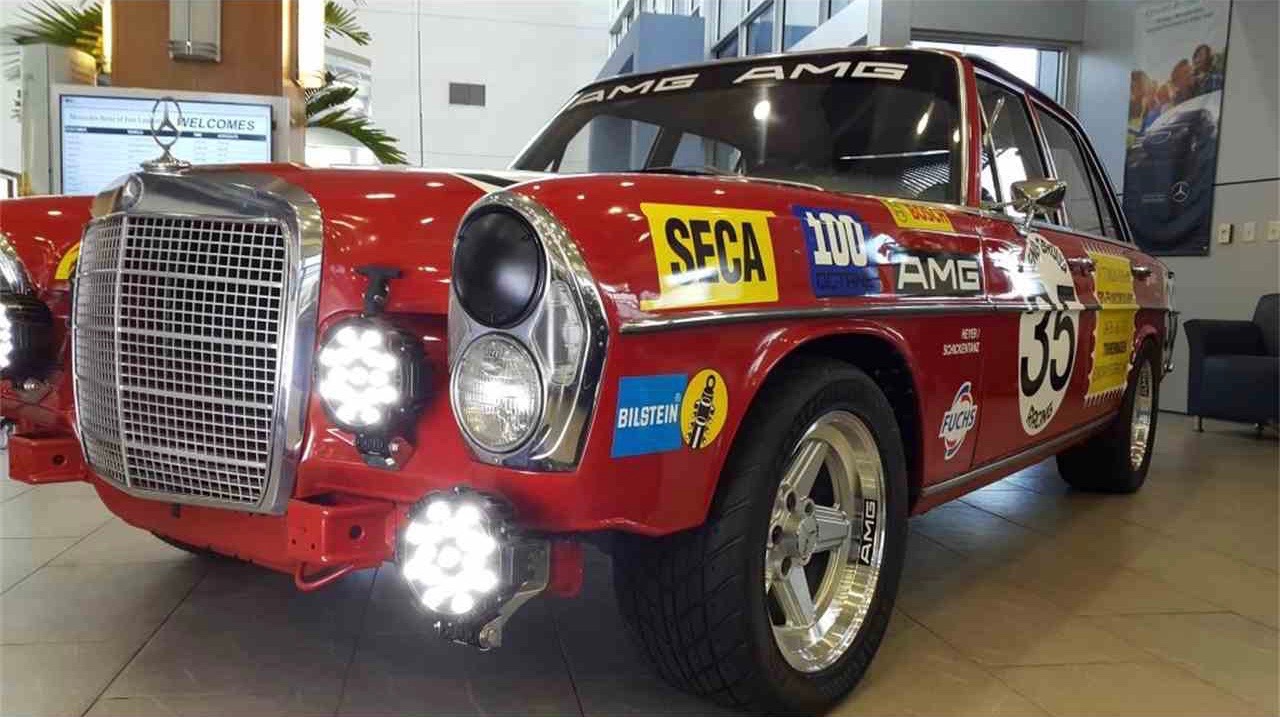