Donald and Geoffrey Healey automobilia offered by Bonhams at Goodwood 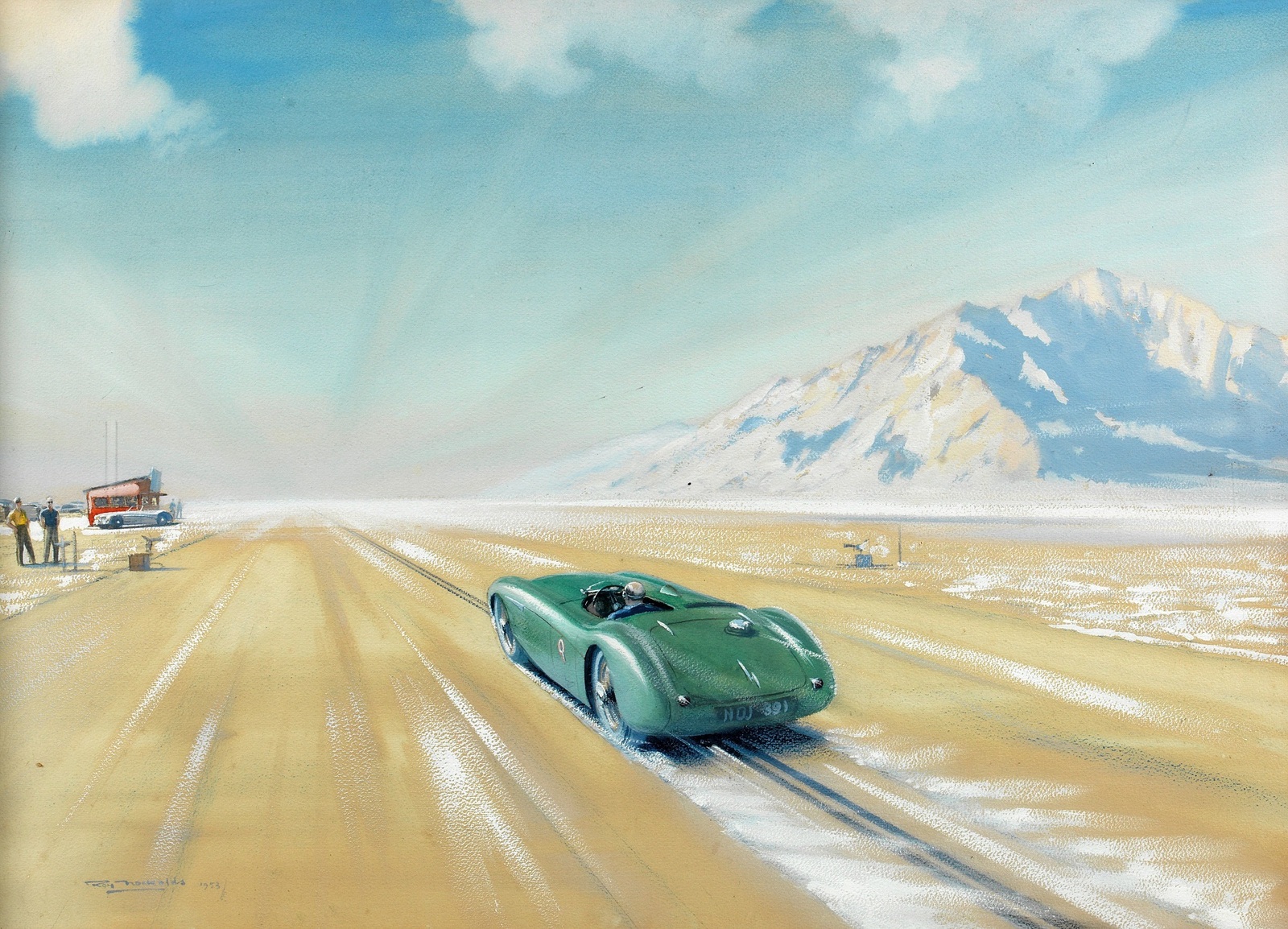 The fascinating life of automotive visionary Donald M. Healey comes into focus next month with the sale of a “vast array” of motorsports and personal items from his collection and that of his son, Geoffrey Healey, to be offered at the Bonhams Goodwood Revival sale in England during the concours and vintage-motorsports meet.

Donald Healey, best-known for his revered Austin Healey sports cars of the 1950s and ’60s, was a speed-record holder, rally driver, car designer and the founder of the Donald Healey Motor Company. Geoffrey also was fully engaged in motorsports and the sports car business.

The Healey collection comprises 75 items, including those from the Healey Works in Warwick — signed books, diaries, unpublished concept car artwork, scratch-built models, trophies and Donald Healey’s own meticulous notes from races, test drives and record-breaking runs on the salt flats at Bonneville.

Kate Healey, the daughter of Geoffrey and granddaughter of Donald Healey, has kept and preserved these items through the years.

“It has been an immense responsibility looking after my father’s collection over the 20 years since his death,” Kate Healey said in a news release. “It was especially precious to him – he kept everything! Racing certificates, bunches of keys, paintings, trophies and car designs all formed part of the collection. Anything that was part of the Healey story was safely stowed away.

“It is an eclectic mix spanning many years, and each item has its own story. We feel that these treasured items deserve to find homes all over the world with admirers of Healey cars and their history.”

Among the items to be auctioned are:

• A watercolor and gouache painting by Roy Nockolds depicting Donald Healey in the Austin Healey 100, NOJ 391, at the Bonneville Salt Flats on his way to breaking numerous American Automobile Association records. Auction value: £1,500-2,000 ($1,939-$2,585)

“The image was so loved by the family that they chose it for their Christmas cards in 1954,” according to Bonhams.

• Donald Healey’s green Dunlop overalls that he wore at the Sebring circuit in Florida during the 1950s and ’60s. (No auction value listed)

One of the more unusual items in the collection comes from another of Donald Healey’s key interests, a radio receiver that he built by hand. Healey is credited with designing and building the first CCTV system in the UK at Trebah in Cornwall.

“The Healey archive represents an insight in to the life and times of father and son, Donald and Geoffrey Healey, and illustrates their seemingly endless motoring talents,” Toby Wilson, head of Bonhams’ Automobilia Department, said in the release. “This collection has been a pleasure to research, and it is a privilege for Bonhams to be offering it for sale.”

Bonhams’ auction will be held September 9 in Chichester, Goodwood. For information, visit the auction website.