Pick of the Day: 1949 Studebaker Starlight 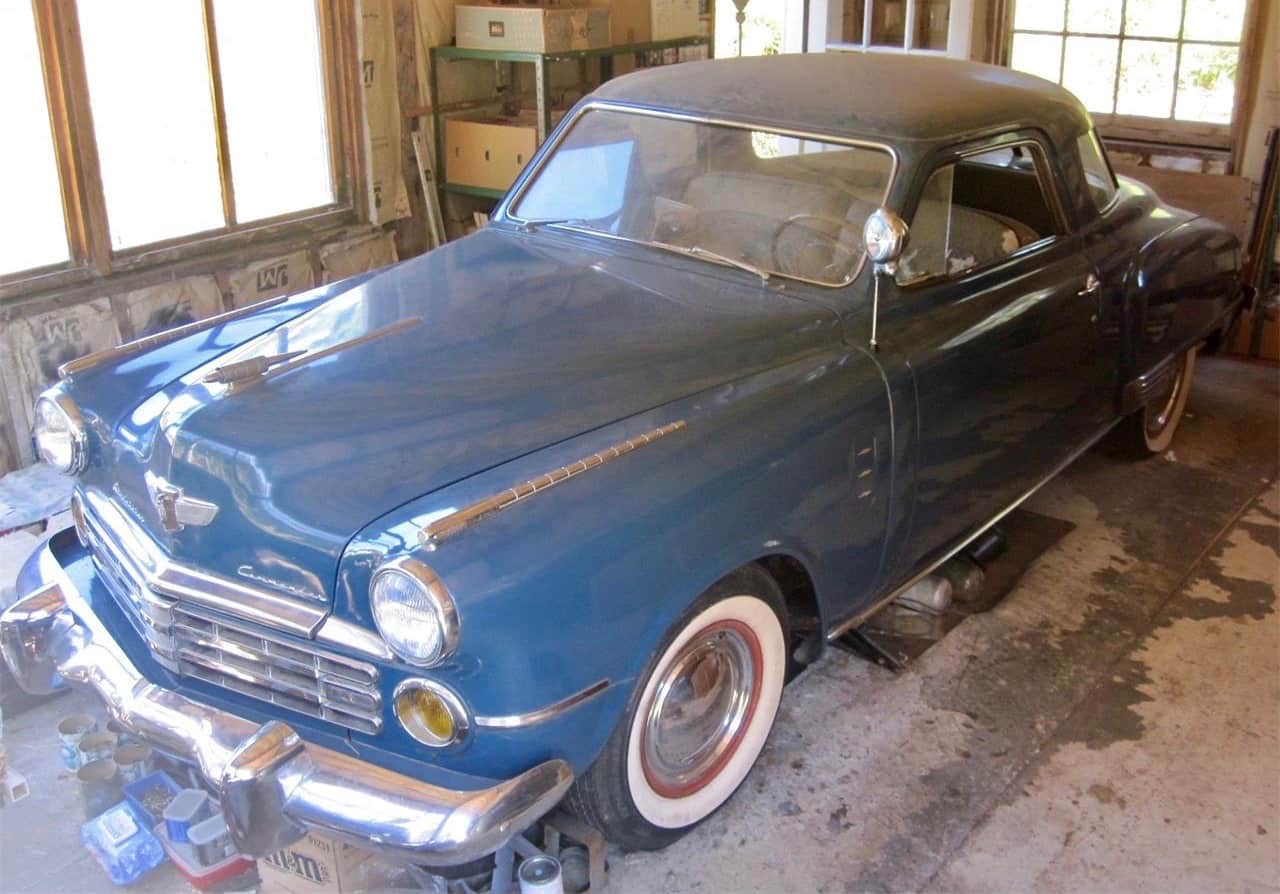 The advertisement on ClassicCars.com for Pick of the Day, a 1949 Studebaker Starlight coupe, was placed by someone assisting “an elderly car-enthusiast friend who has been a long-time collector of primarily post-war American classic automobiles who desires to reduce his inventory.”

Several vehicles from the collection are available, it seems, most coming from the Chicago area two to three decades ago, with some sort of restoration started at that time. The advertisement says the cars have been kept in ventilated, insulated dry storage in Port Townsend, Washington.

The focus here is on what is purported to be a rust- and dent-free ’49 Studebaker Commander Starlight coupe which at some point got a fresh coat of Bahama Mist paint and a new set of whitewall tires.

The ad notes that the driver’s seat bottom and front bench seat need new upholstery.The car shows 95,499 miles on its odometer, has its original engine and a manual transmission.

Studebaker introduced the Starlight coupe in 1947 and kept it in production into 1952. Design was by Virgil Exner, who would become the influential chief designer for Chrysler.

The car’s long-hood, long-rear-decklid design, along with its raked windshield and panoramic wraparound backlight, had some people confused as to whether the car was coming or going.

To which comedian Fred Allen reportedly promised that, “Next year, Studebaker is coming out with a model that you won’t be able to tell if it is going sideways.”