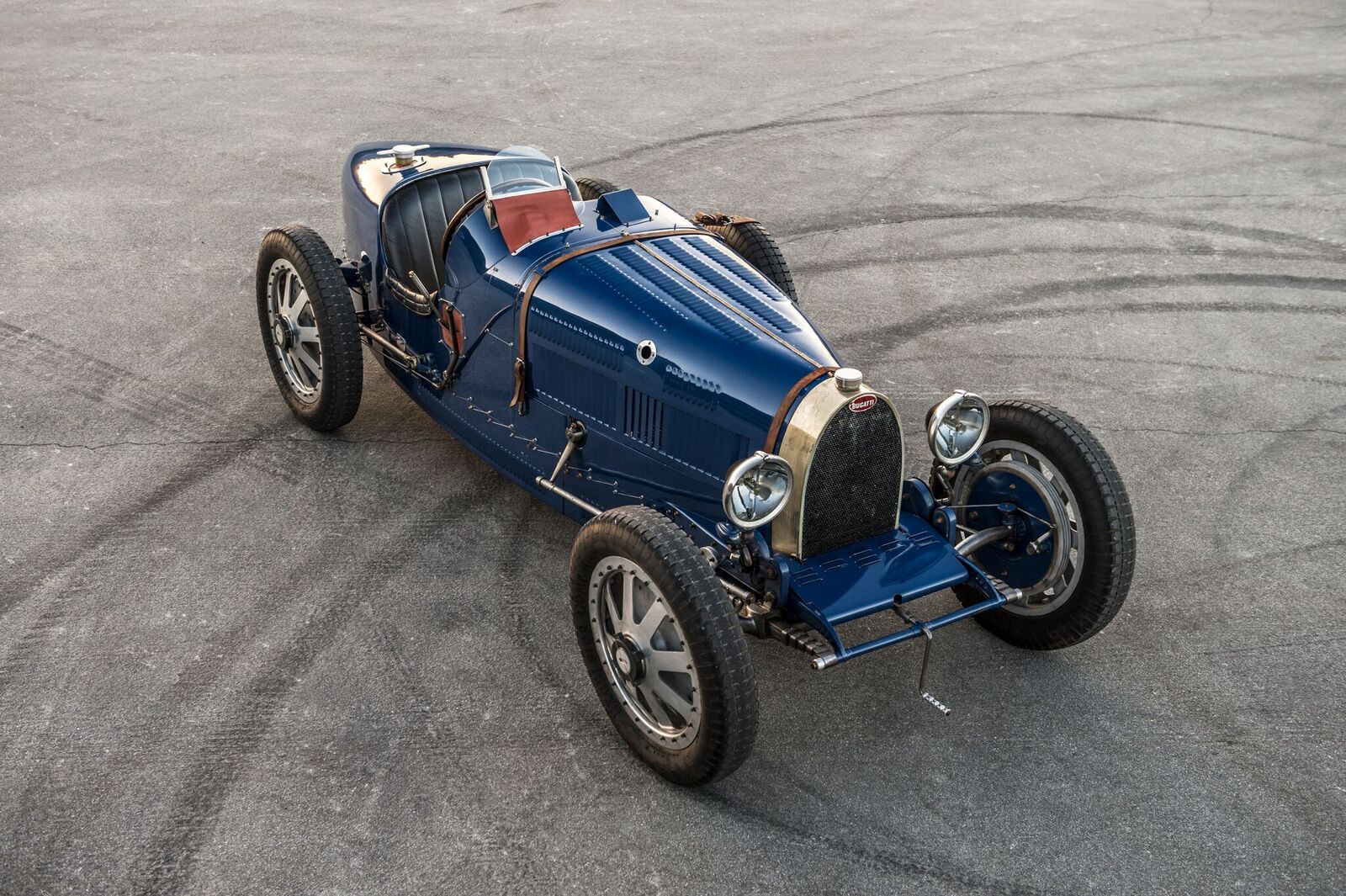 Although Ettore Bugatti’s company went out of business in the 1950s, the company remains synonymous with the absolutely most hallowed four-wheel machines ever conjured by man. Far from accidental, this fame can be traced to a singular model: the Type 35B.

In an era when bigger was still better, Ettore had the genius to think outside of the box and to build a nimble car that would be able to fly through the sharp turns of Grand Prix circuits.

The front suspension’s semi-elliptical springs were fixed to a forged axle made hollow to minimize unsuspended weight. The wheels were the first ever to be construction out of aluminum, with the brilliance of casting the brake drums in the same piece. This resulted in the entirety of the wheel mass absorbing and dissipating brake heat.

Final iterations of this wheel would even incorporate angled spokes that acted as a fan to laterally blow air on the brake drums when the car was moving. The brakes themselves, while cable operated, had the ingenious feature of perfectly balancing tension through a system of gears and pulleys, offering equal brake pressure on all wheels regardless of turning or speed.

The lower crankcase of the engine was also the lateral chassis support, saving weight by eliminating redundant chassis members.

It should come as no surprise that the result of all this ingenuity was nothing short of astonishing. As if winning the 1926 Grand Prix World Championship was not enough, the Type 35 won over 1,000 first places in its time, averaging 14 wins per week globally. It won the Targa Florio for five consecutive years and set 47 race records.

There never has been and there never will be a more fantastically devastating “hypercar” for its time than the Bugatti Type 35.

This is why Pur Sang chose to meticulously replicate the Type 35B in Argentina, using the original techniques employed by the Bugatti factory. The remaining original 1920s’ cars are highly prized and have exceeded $3 million when sold at auction. Some owners of original Type 35s also own Pur Sangs replicas so they can enjoy the driving experience without devaluing their historical cars.