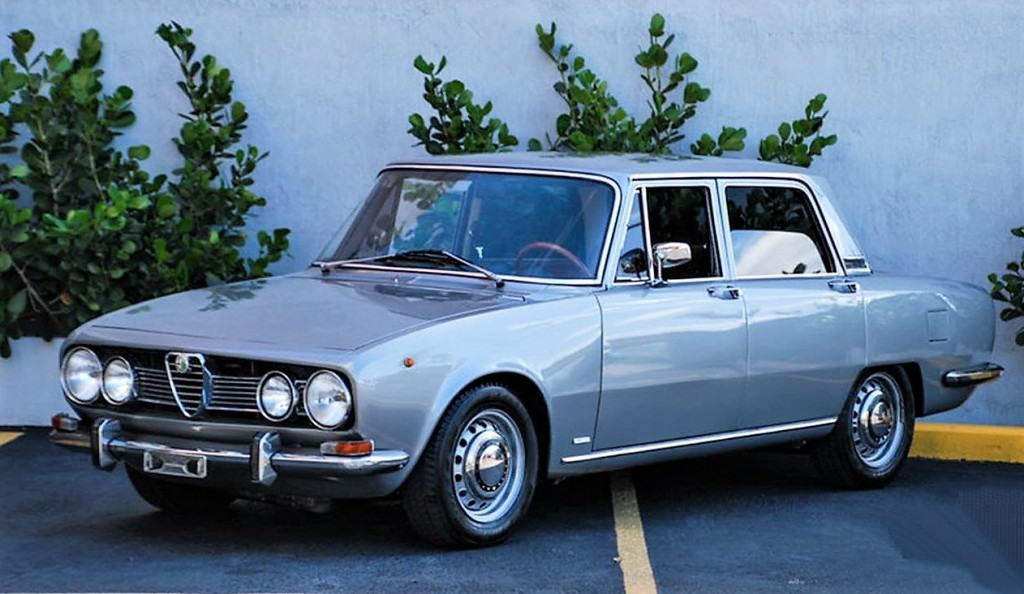 Alfa Romeo is largely known in the U.S. for its sports cars. Think Spider, GTV and Sprint. But what often is forgotten is that throughout the company’s history, it built many Berlinas, or sedans, all of them with the same sporting feel and performance of their sports car relatives.

Few of these four-door cars were imported to the United States compared with the sports cars, although Alfa built many more of them than sports cars worldwide.

The Pick of the Day is a 1969 Alfa Romeo 1750 Berlina that was brought over from Italy nearly two years ago, according to the Miami, Florida, dealer advertising the Alfa on ClassicCars.com. The car has a complete documented history from Italy, and just one U.S. owner.

The Berlina is an original, rust-free example with all original books, tools, spare tire and keys. The Alfa recent had $15,000 in mechanical work completed by renowned Auto Veloce in Miami, the dealer states.

Quite rare is the fact that this car has been equipped with air conditioning, nicely installed so it looks like the factory did it . The Saddle interior is original and looks to be in nice shape as well. Everything in the car works, the ad says, which is rare for an Alfa of this vintage. The original steering wheel and radio are included with the car.

Alfa Romeo Berlinas are fun to drive, have a great competition history and benefit from being something just a little different from the usual Alfa Spider. They also have a usable back seat so they can serve a family cars for sports-minded drivers.

The asking price for this car is $21,000, which is in line with the current market value of these appreciating Italian sports sedans.