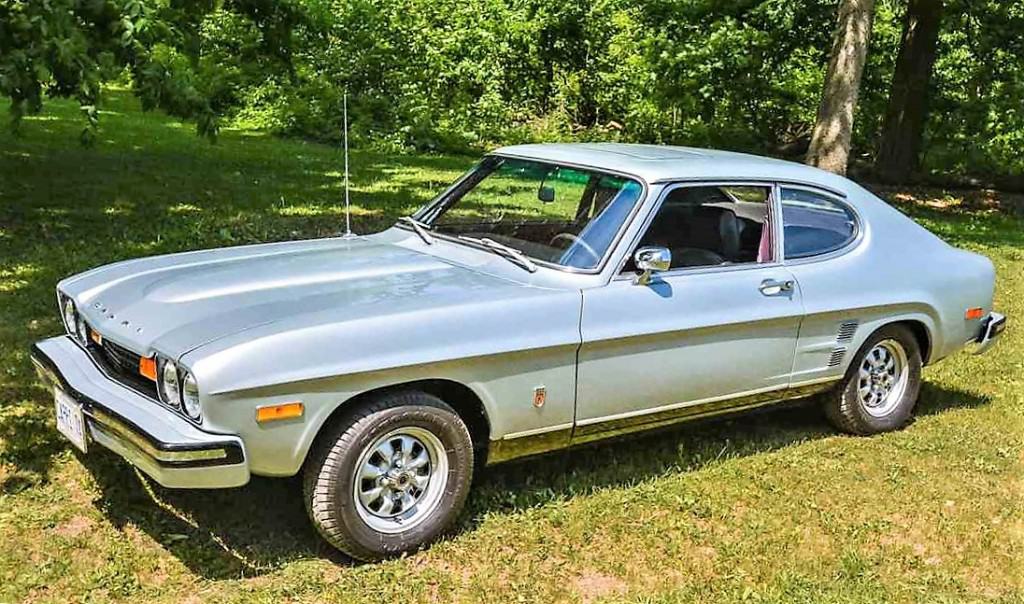 The Mercury Capri coupe of 1970-77 is pretty much a forgotten classic that nonetheless was quite popular in its day. The captive import built by Ford in Cologne, Germany, and sold in the U.S. by Mercury dealers, was favored by those who appreciated its European styling and sporty handling. But these days, they are rarely seen anyplace.

The Pick of the Day is a 1974 Mercury Capri described by its private seller as a “rare, exceptional vehicle.” These were fun cars to drive when powered by the 105-horsepower 2.8-liter V6, as this one is, and four-speed manual transmission.

The Capri was originally a California car, according to the ad on ClassicCars.com, that was “extensively restored in Arizona in 1998-2002,” although there is no explanation in the brief description as to why restoration took four years. It was then featured in a June 2002 article in Collectable Automobile Magazine, the seller says.

Now located in Waterloo, Ontario, the Capri is “one of the best Mk1 Capris left in North America,” the ad says, referring to the first-generation cars. Mileage shown on the odometer is just 9,633, presumably since restoration. Body and interior look very clean, with custom chrome wheels.

I drove a ’73 Capri back in the ’70s because my brother-in-law owned one and would lend it to me. It was a cool little runabout with tight steering, nice shifting and cornering like a sports car. Not terribly refined, but I liked it.

This one being a ’74 model, when DOT safety and emissions standards took hold, the coupe is burdened with jutting impact bumpers and saddled by “plumber’s nightmare” emission controls. Still, it should be fun to drive and be seen driving, partly because of its rarity on today’s highways. And if you were so inclined, those bumpers could be retrofitted with earlier chrome ones.

The asking price is cheap enough at $10,995, if it’s as nice as the seller says it is. For that, the new owner would have an unusual collector car, and most likely the only one to show up at the next Mercury car show.