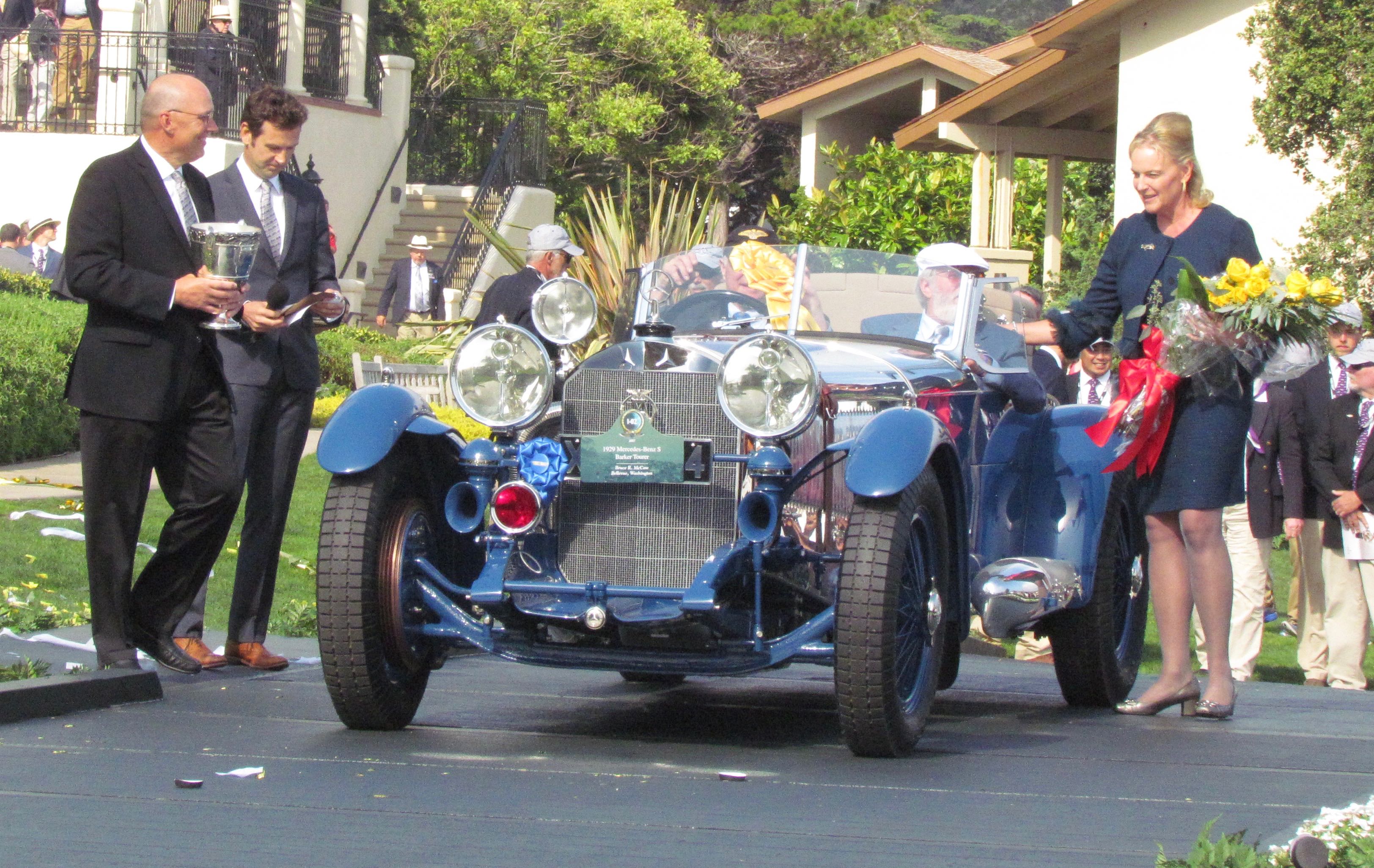 The 67th annual Pebble Beach Concours d’Elegance likely will be remembered as the Year of the McCaw Brothers.

A 1929 Mercedes-Benz S Barker Tourer owned by Bruce McCaw won Best of Show at the world’s most important car show Sunday, beating out the other two finalists, one of them a 1957 Ferrari 315 S Scaglietti Spider owned by his brother, John, and sister-in-law, Gwen.

The other finalist for the world’s most prestigious best-of-show acclaim was a 1932 Packard 906 Twin Six Dietrich Convertible Victoria owned by William “Chip” Connor.

The top award was the first for the McCaws — another brother, Craig, also is a car collector. Bruce McCaw was humble in accepting the trophy, noting that he’d been coming to Pebble Beach for many years and enjoyed seeing so many of his friends win best of show.

His winning car originally was delivered in London as a Model S but was upgraded to SS specification with a supercharged 7.0-liter engine and lightweight bodywork by British coachbuilder Barker. The car was delivered to Earl Howe, a racer who competed regularly in the 24 Hours of Le Mans — he won overall in 1931 in an Alfa Romeo 8C 2300 — and was a founder of the British Racing Drivers’ Club. Howe also was among Europe’s leading early car collectors.

McCaw had the car restored after he acquired it and noted that the discovery of period photographs enabled Steve Babinsky’s Automotive Restorations to take the car back to its original spec, including the original Marchal lights and chrome-plated wheels.

The car won honors in the Mercedes-Benz Prewar class earlier in the day and also received the Gran Turismo trophy, presented by the video game company.

John and Gwen McCaw’s 1957 Ferrari was judged the best car in the Ferrari Major Race Winners class, one of four groupings staged to honor the 70th anniversary of the Italian sports and race car maker.

The 315 S was designed to compete with the Jaguar D-type and Maserati’s 450S. One of the Ferraris won the Mille Miglia in 1957, but another blew a tire and crashed, claiming the life of its driver, among others, the tragedy bringing an end to the historic annual race on public roads.

The McCaws’ car finished fifth at Le Mans and helped Ferrari win the world sports car championship. It is the only factory 315 S racer that survives.

The other finalist, the ’32 Packard 906, won the Packard class to earn best-of-show consideration. It also won the Elegance in Motion award.