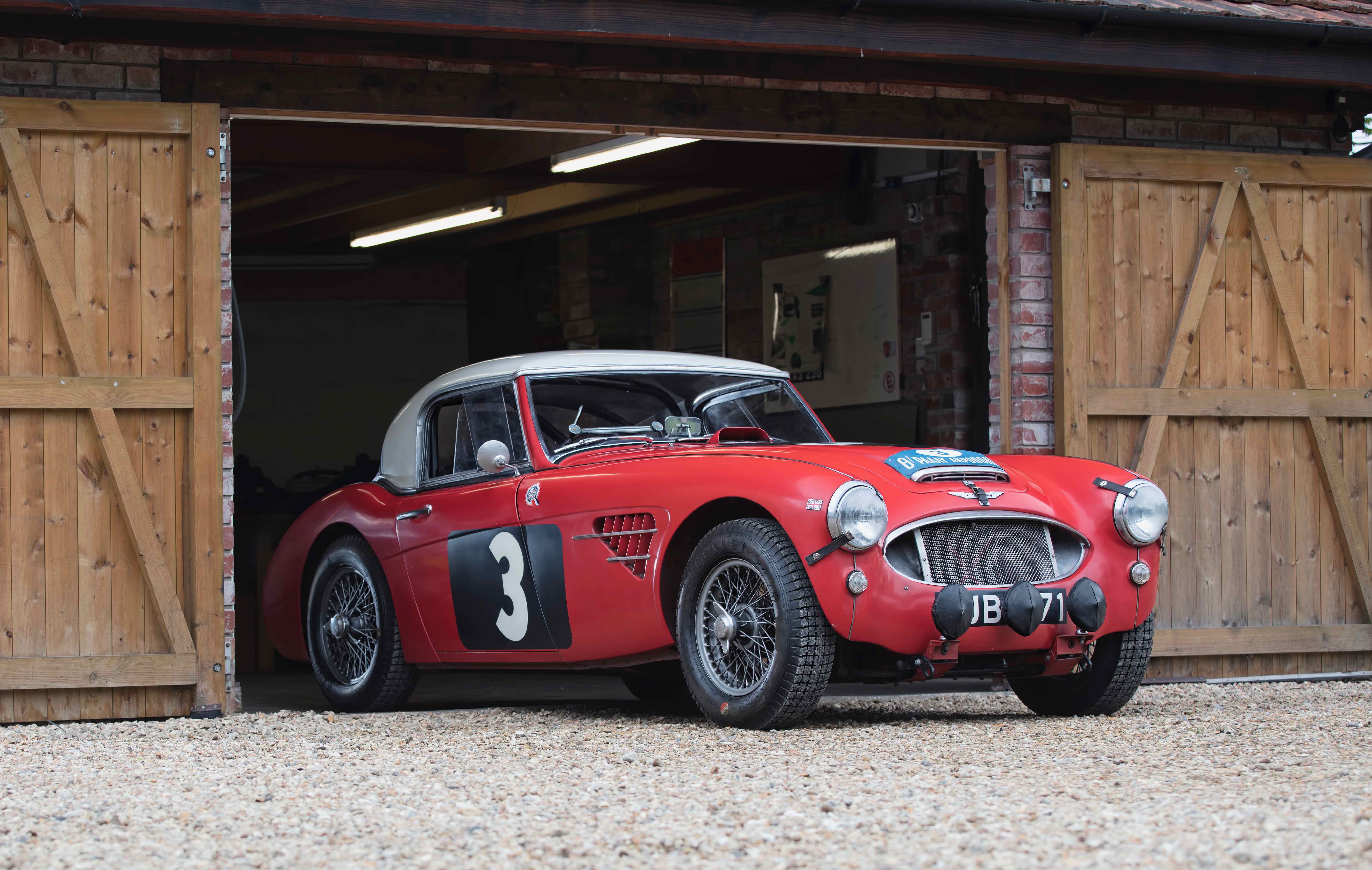 The 1961 Acropolis Rally class-winning Austin Healey 3000 MK I works rally car is among the consignments for Bonhams’ Goodwood Revival Sale, an auction scheduled for September 9 at the annual motorsports festival in England.

Also on the docket are a 1935 Lagonda LG 45 Monte Carlo works car and the 1963 Ford Galaxie 500 raced by “Gentleman Jack” Sears in British touring car competition.

The ’61 Healey was driven to a class victory by Peter Riley and Tony Ambrose in the Acropolis rally. The car was one of five prepared by the BMC Competitions Department.

The car also running a stunning second in the Alpine Rally later that same year when it spun out and over a cliff, only to be stopped from true disaster by a snowbank.

The drivers escaped with no serious injuries and the car was recovered and repaired before being sold to budding Finnish rally star Rauno Aaltonen. He kept the car until 1965 when he offered a test drive to Caj Hasselgren, who bought the car after reaching nearly 140 mph on a Finnish motorway. Hasselgren owned the car for 51 years, 20 of which he spent carefully restoring it to its Acropolis specification.

The ’35 Lagonda was the first of that marque to have its design overseen by W.O. Bentley and was among the fastest road cars of the era, capable to reaching 100 mph.

Two specially modified LG45 Tourers were prepared for the 1936 Monte Carlo Rally, including this one “DPE 121.” Lagonda owner A.P. Good drove the car in the rally, joined by his wife at the last minute when W.O Bentley was taken ill. They ran only 200 miles of the rally before skidding of an icy road.