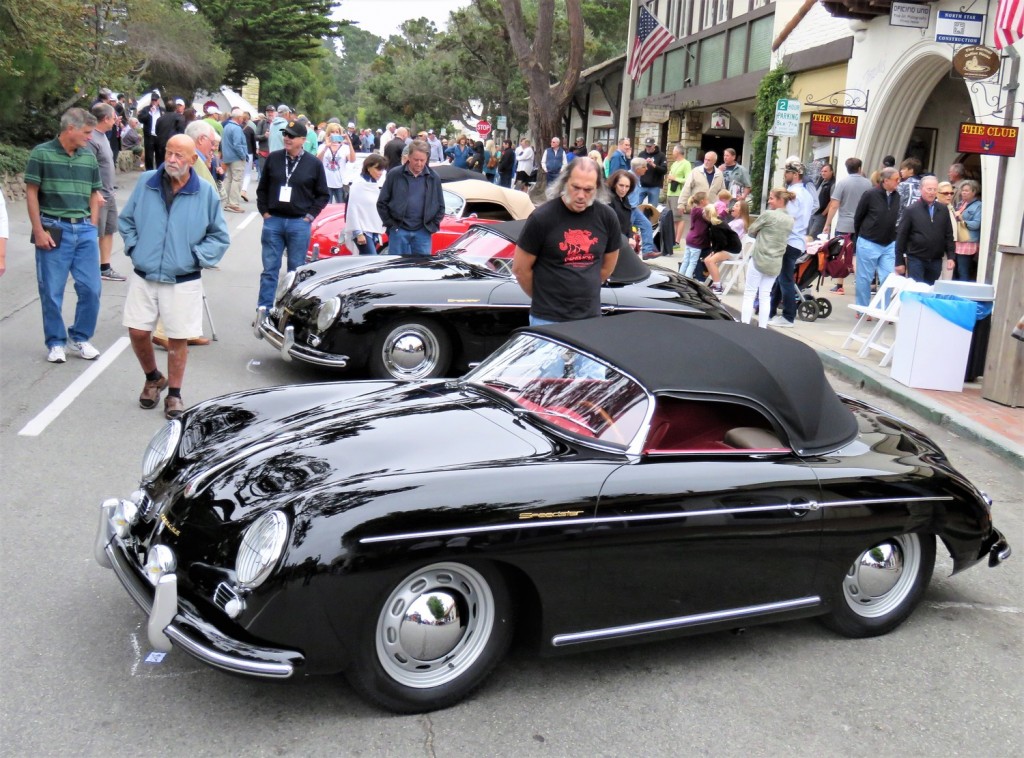 Porsches, Porsches everywhere. The booming popularity of nearly everybody’s favorite German sports car was powerfully evident Tuesday at the Concours on the Avenue in Carmel, California, an event considered to be the launch of Monterey Car Week.

Definitely the most-represented marque by far, Porsches packed the shady streets of the upscale burg – 911s by the score, including many intriguing customs and all-out race cars, plus an impressive collection of the earlier 356 models, with a gaggle of Speedsters, plenty of coupes and cabriolets, and an absolutely stunning 1951 356 coupe in dark maroon, a survivor from the early days of Porsche.

Ferraris were in relatively short supply, although a terrific silver Ferrari 250 GT Tour de France from the early 1960s was declared best of show, as well as apparently being the most-valuable car at the event.

About 175 cars ranging from classic Europeansto thunderous American muscle cars and hot rods were lined up on Carmel’s famed Ocean Avenue and adjacent downtown streets for the annual concours.

But even among all the collector car finery, the 1960 Dodge Phoenix hardtop with gleaming red paint was a standout, attracting loads of attention from the swirling crowd of spectators.

Jacobson was looking for the replacementDodge when he spotted the right car a few years back in the listings on ClassicCars.com, he said.

He has restored the Dodge, powered by a 318cid V8, to be just like his first one, Jacobson said. The red body is accented by a sweeping white hardtop, and the interior features the same upholstery details and lavishly chromed dashboard.

Jacobson said that he and his wife, Mary Ann, frequently drive the big two-door. Its fiery-red paint and Phoenix nameplate are strikingly appropriate for a car that has risen once again in the Jacobson’s lives.

Another concours entry that continuously gathered a crowd was a Ford Econoline fitted with no fewer than four chrome-plated, supercharged V8 engines, a wild custom said by the builder to churn out 4,000 horsepower.

GTO Engineering, which specializes in the restoration and maintenance of classic Ferraris, attracted onlookers with a partially disassembled 1960 Ferrari 250 SWB coupe, which stood on jackstands with its wire-wheels and carburetors removed, a set of toolbox cabinets standing nearby. The idea was to show graphically how the company prepares Ferraris for the road or track.

But it was the Porsches that stole the show. And nobody seemed to mind.