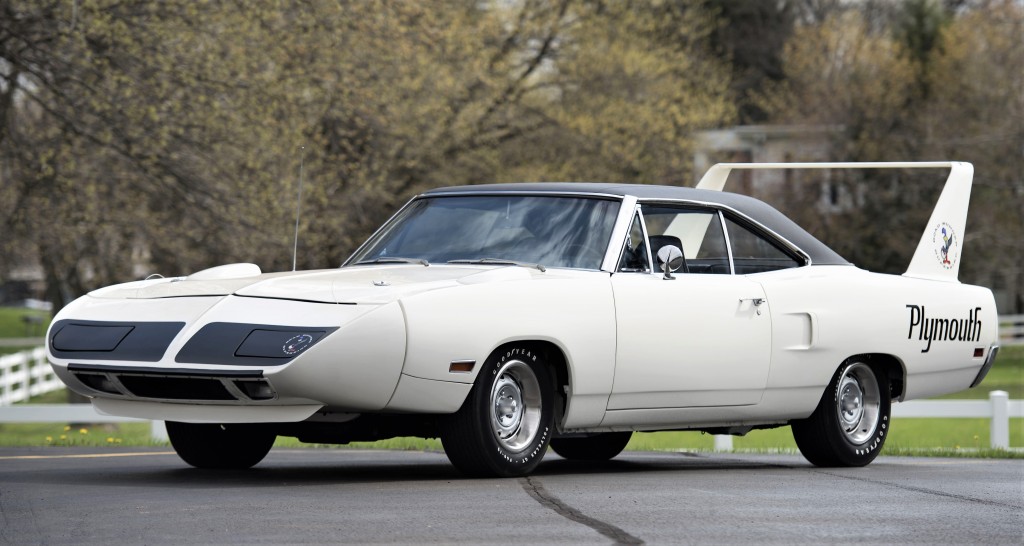 Led by a pair of Mopar “winged warriors,” Mecum Auctions claimed $20 million in sales (not including auction fees) from its collector car sale this past weekend in Harrisburg, Pennsylvania, which included a Gone Farmin’ auction of vintage tractors and equipment.

The collector car auction boasted a 74 percent sell-through rate with 636 vehicles going to new homes. American muscle cars from the 1960s and ’70s dominated the results, with seven of the top 10 sellers coming from the muscle era.

The two highest-selling cars were NASCAR homologation specials, with a 1970 Plymouth Hemi Superbird scoring the top spot at $415,000 (Mecum results do not include auction fees), and a 1969 Dodge Daytona hitting $215,000. The aerodynamic coupes with towering rear wings were produced for showroom sales as Plymouth and Dodge fought for the competitive advantage in stock car racing, and they are making headway today as popular collector cars.

The top 10 highest sellers for Mecum’s Harrisburg auction were:

(Results do not include auction fees)

Mecum heads next to Monterey Car Week for its Daytime Auction on August 16-19, with modern and vintage exotics headlining the 600-vehicle sale, including a collection of classic motorcycles. For information, visit the auction website.