The annual Red Barns Spectacular car show and swap meet takes place August 5 at the Gilmore Car Museum in Hickory Corners, Michigan. Sponsored by the Kalamazoo Antique Auto Restorers Club, the event annually draws a few thousand vehicles for what is two shows — a judged show and a driver’s choice show, both open to vehicles of all sorts that are at least 25 years old.

There will be a special area for Tin Can Tourists, another for vintage bicycles, one for military vehicles and yet another for pre-1985 boats.

The “Boats at the Barns” event concludes a cruise week for the Michigan Chapter of the Antique & Classic Boat Society. The group visits the Gilmore on August 2, cruises on Gun Lake on August 3, cruises August 4 on on Gull Lake and returns to the Gilmore August 5.

The Simeone Foundation Automotive Museum in Philadelphia hosts its ninth annual motorcycle exhibit from August 19 until September 9, and while that exhibit runs, the museum also will celebrate the 60th anniversary of the Lime Rock Park race track in Connecticut.

The motorcycle exhibit again is being organized by John Lawless, who also is chairman of the motorcycle selection committee for the Radnor concours. Among the featured groupings are Century Cycles (bikes produced from 1896 to 1917), Inter-War Elegance (1918-1941) and Post-War European Sport (1946-1990).

To open the exhibit, a special screening of Peter Starr’s movie, Take it To The Limit, will be shown at the museum, with Starr giving a short talk and the film and his passion for motorcycles.

On August 26, the museum celebrates 60 years of racing at Lime Rock Park in with a “Legends of Lime Rock” gala. The program, from 6 to 10 p.m., will include a panel discussion, “Cars, Drivers, Stories,” featuring Skip Barber, Dave Nicholas, Butch and Bob Leitzinger, and Bob Alderman.

To start the evening, the museum will take several of its cars with Lime Rock racing experience out into the parking lot for some exercise. Included will be a Ferrari Testarossa, Maserati 300, MGA and a Jomar.

The museum and Vintage Racecar/Vintage Roadcar magazine also are offering a special membership package that includes a 1-year membership to the museum, a one-year subscription to the magazine, a ticket to the gala, a brick to be placed in the Legends of Lime Rock Commemorative Area, and tickets to the Lime Rock’s 35th vintage racing program during the Labor Day weekend.

Registration closes August 17 for the 23rd Anniversary Celebration and Hall of Fame Induction, to be held August 31-September 2 at the National Corvette Museum in Bowling Green, Kentucky. The weekend includes road tours, seminars, car shows, special presentations, opportunities at the NCM Motorsports Park, the hall of fame induction and the annual membership meeting.

Also on the agenda are two a Sip ’n Paint programs and the new Shifting & Shooting Road Tour, with guest Wes Wong, a museum board member and former FBI agent ,at the Rockcastle Shooting Center.

… and offers ‘Diamond in the Rough’ tour

Registration also is open for the Museum In Motion “Diamond in the Rough” tour, August 27-29, which includes the option of traveling in caravan from the Roanoke, West Virginia, area to the anniversary celebration at the National Corvette Museum.

The “rough” tour includes such options as hiking, golf, afternoon cruises on Little Sorrel, paddling on Jackson Lake, a visit to the hometown of General Stonewall Jackson, a visit to scenic Blackwater Falls State Park, even a visit to the Trans-Allegheny Lunatic Asylum, as well as spa visits, a trip to a winery, and more. The package includes a three-night stay with a lakeview room at the Stonewall Resort, a four-diamond facility known as the diamond in the rough because of its location in the back hills.

Club Auto, a part of America’s Automotive Trust, based at LeMay – America’s Car Museum in Tacoma, Washington, and “powered” by Hagert,y will stage its second Friends n’ Fenders tour. The event this year is scheduled for  September 9. It begins with breakfast at the museum’s Anderson Plaza, followed by a private collector tour, a drive on some of western Washington’s scenic roads, as well as admission to the Summer Ender Fender Bender back at the museum. Registration is open until August 30 and is available through the event website. 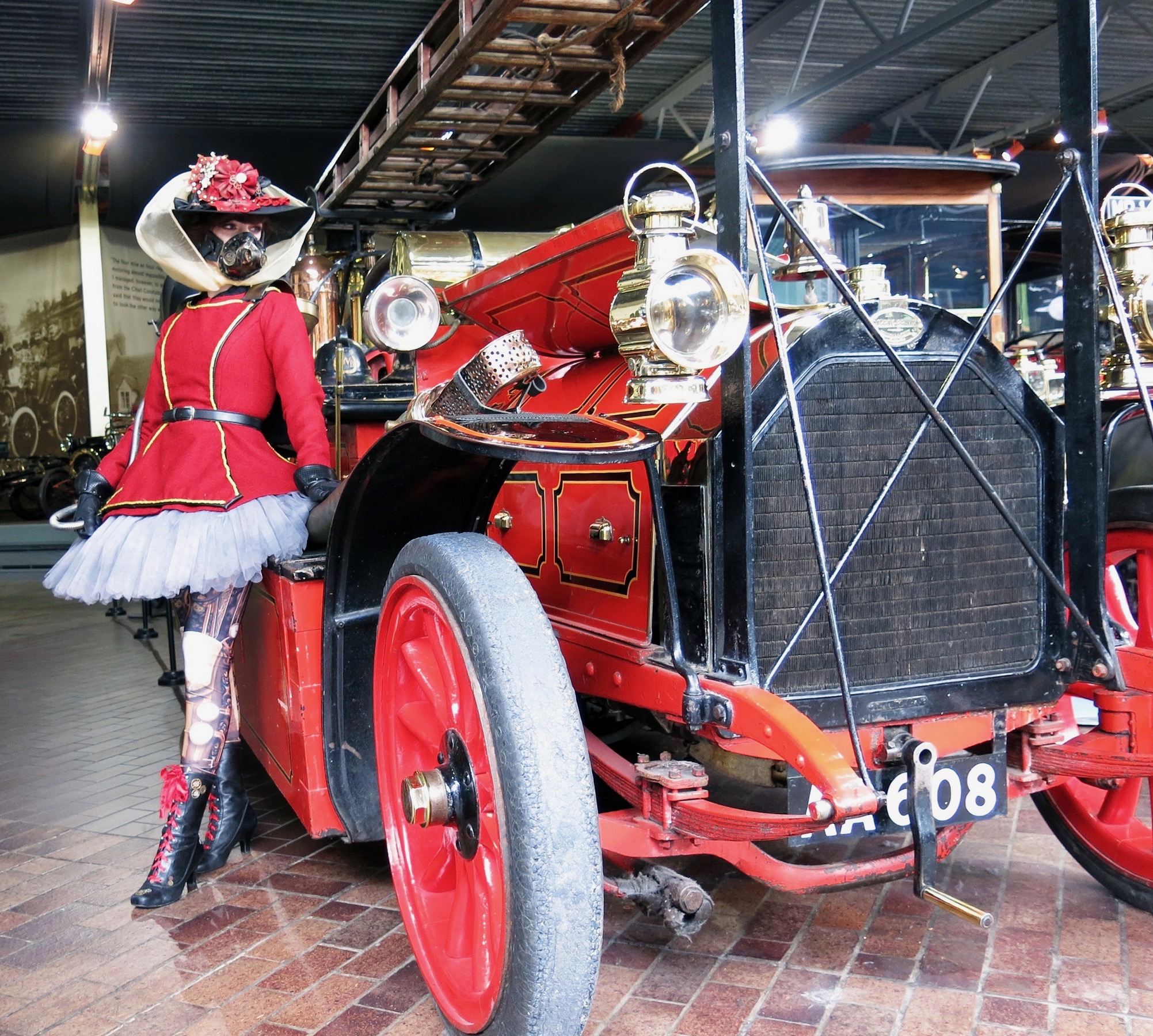 The British Motor Museum at Beaulieu stages its fourth annual Classic Van & Pick Up show of light commercial vehicles, campers, taxis, hearses and police cars on August 5-6. Some 400 vehicles are expected to be on display, including three dozen Ford 400E models. The Ford van is celebrating its 60 birthday this year. The event includes the Transit Van Club Rally.

Meanwhile, throughout August, children visiting the museum midweek can participate in “creative fun” sessions with a theme of “Automotive Steampunk.” After exploring the museum’s collection, they can build their own Steampunk Lego vehicle, design a poster or create a flip book to show how such cars are constructed. Families also can work together to design a steampunk caravan celebrating the Victorian era. See the museum’s special website for details.

In addition to the typical objects at such sales, more than 30 vintage snowmobiles will be up for bidding at the Owls Head Transportation Museum’s 2017 online Automobilia auction August 18, beginning at 2 p.m. The snowmobiles include 1960s and ‘70s models from makers such as Arctic Cat, Mercury, Bolens, Rol O Flex, Little Skipper, Scorpoin, Polaris, Sk8-Doo, Yamaha, Johnson, Rupp and Griswold.

LeMay – America’s Car Museum stages its Cars & Cigars events tonight from 6:30 p.m. to 9 p.m. with beverages, appetizers and live music on the Anderson Plaza. Museum access starting at 4 p.m. and a Montecristo cigar are included in the admission price.

“The Great Car Show” is the title for a joint event Sunday by the Kansas City Automotive Museum and hosting National World War I Museum and Memorial. As many as 400 vehicles can participate and there will be ride-alongs, food trucks, pinstriping demonstrations, even a special youth judging team.

The 29th annual Mopars at the Red Barns car show and swap meet takes place Saturday at the Gilmore Car Museum. More than 350 vehicles, from antiques to muscle cars, will be arrayed on the museum’s campus.

More than 700 cars from nearly 40 clubs already have booked their parking places for the “Simply Japanese” gathering Sunday at Britain’s National Car Museum at Beaulieu. The show annually attracts a diverse range of vehicles, from Skylines to Subarus, vintage Hondas and the popular Mazda Bongo Friendee campers.