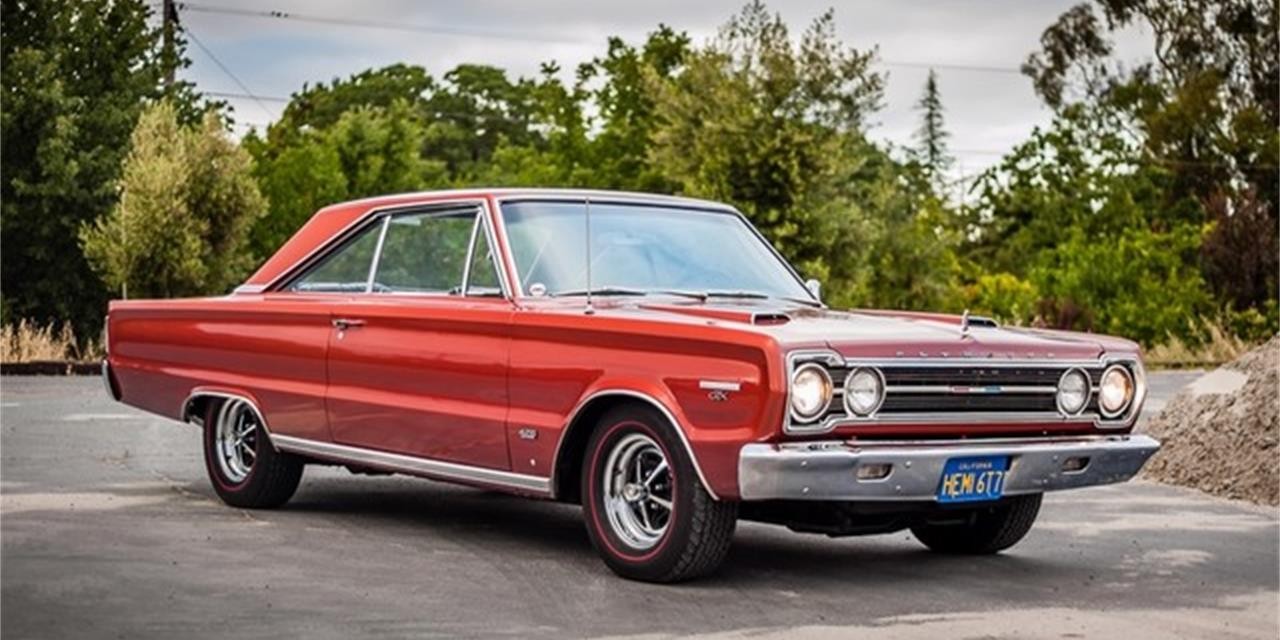 The Plymouth GTX was first offered in 1967 as a performance variation of the standard two-door Belvedere, and it combined performance and style to achieve its status of “gentleman’s muscle car.” It came standard with Plymouth’s 440 cid V8 or the acclaimed 426 Hemi, along with heavy-duty suspension. The car’s sharp-edged design made it stand out.

The Pick of the Day is a 1967 Plymouth GTX that once belonged to baseball superstar Reggie Jackson, who was the second owner. The GTX originally was ordered with a 426cid Hemi V8 and now has 32,000 miles on its odometer and four owners.

According to the Concord, California, dealer listing the vehicle on ClassicCars.com, the GTX was purchased by Jackson in the late 1980s.   “Reggie had the car resprayed in the early 1990s by George Thomas of Mariposa Body in its original color – Turbine Bronze,” according to the ad.

The current owner, who has had the Plymouth for 12 years, made major performance upgrades to the already-fast GTX.  The Hemi was replaced by a 472 cid V8 built by Dave Timmons of Mopar Engines West in California, the seller says, and now has less than 2,000 miles on it.

The engine is fitted with date-correct carburetors, MSD distributor with hidden box, TTI headers, and a custom TCI dual exhaust. The original 727 Torqueflite automatic transmission was upgraded to a TCI Super Streetfighter Torqueflite, which the dealer says can handle 750 horsepower. The transmission has just 100 miles on it.

The sale of the GTX includes the original engine, distributor, exhaust manifolds and transmission, the seller notes, in case the next owner wants to return the car to its original specs.

“The suspension is stock and has recently had the upper and lower control-arm bushings replaced,” the seller says, adding that “the ride was enhanced with Edelbrock IAS shocks.” Power is placed to the ground by the original 8.75 inch Sure grip unit fitted with 3.23:1 gears. The car’s look and feel is completed by a set of 14×6 Magnum 500 road wheels and Redline radial tires.

The interior is said to be original with the exception of the carpet and seat foam, which was replaced with the original factory vinyl seat covers reinstalled, the seller says. The dashboard is fitted with auxiliary gauges and a dealer-installed AM/FM radio.

Asking price for this nicely upgraded muscle car with celebrity provenance is $56,950.