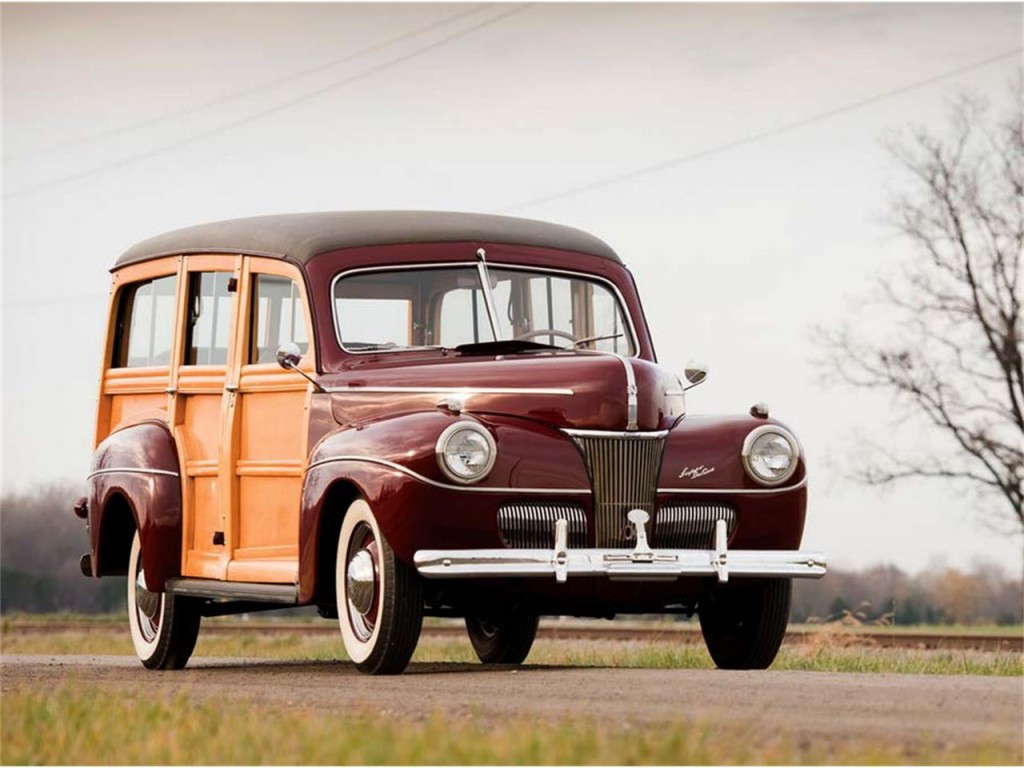 With Monterey Car Week around the corner, I can’t help but daydream about the wonderful drive along the Pacific Coast Highway and with it, visions of classic cars, supercars and other vehicles synonymous with the iconic area.

One vehicle that always comes to mind when I think of the PCH and California driving is the woody wagon, much like the Pick of the Day, a 1941 Ford Super Deluxe.

Despite its resemblance to the vehicles that became popular among surfers, the Ford Super Deluxe wood-bodied wagon originally was viewed as a symbol of prosperity. During its prime, the Super Deluxe wagon often sported monograms and other status emblems.

The seller listing the car on ClassicCars.com says this Ford remained with its original owner in New Jersey until the late 1980s. It was restored and became part of Ralph Marano’s collection, where it remained for about five years. The woody moved to the collection of Malcolm Pray in May 1996.

The wagon is finished in Coach Maroon, and the seller says the correct hoses and clips are evident under the hood and that much of the body wood is original. The seller notes that all the wood has been varnished for shine, and the inside of the body resembles the hull of a wooden boat.

The interior contains the original radio and dash clock while the seats have been covered with faux leather. According to the listing, the odometer shows 80,375 miles.

The Ford Super Deluxe is powered by a 221 cid L-head V8 mated to a three-speed manual transmission. It has its original solid front axle with live rear axle and four-wheel hydraulic drum brakes.

The wagon is located in Los Gatos, California and is listed by a private seller for $90,000.

Top 10 most stolen vehicles across America