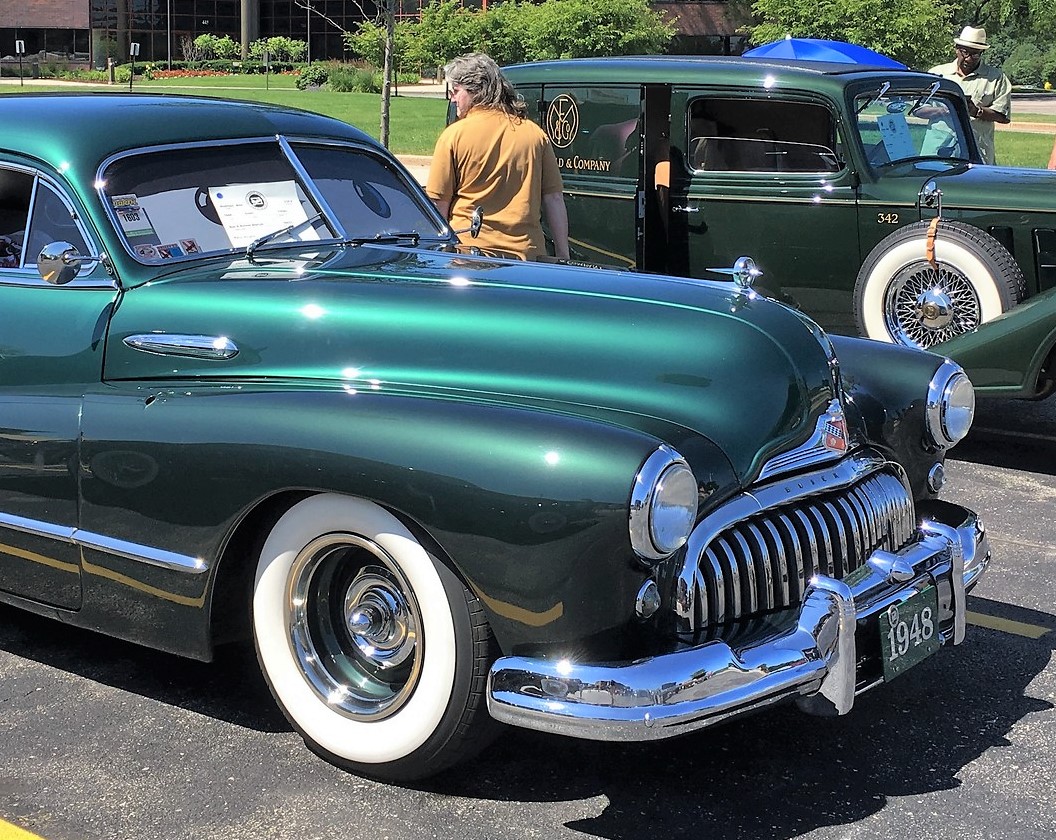 Just about all of us knew a nice old lady or fellow who lived down the street with a well-kept classic Buick. Now imagine if all of those ladies and gentlemen decided to converge on one spot at the same time every year. Well, then you would have the Buick Club of America’s National Meet.

This year’s 51st annual Buick meet brought about 360 registered Buicks of all years to Brookfield, Wisconsin, for a mid-summer convention held from July 5-8.

I suspect no other marque can field as many varied years and models in their club concours as Buick. It quickly becomes apparent that the survival rate of these cars cannot only be attributed to careful owners1 but because Buicks were so well-built.

There were a number of cars here that I would have walked right past had they not been part of car show. They were simply too bland for my taste. But there is a passion and pride of ownership present that cannot be ignored, and those incredibly preserved examples that make you want to look further.

One example is TJ Rinn’s 1983 Riviera 20th Anniversary Indy Pace Car. One-of-500 commemorative editions produced, it listed for a whopping $4,000 over the base Riviera, and included real wood interior trim, German wool carpets, real wire wheels, anodized exterior trim and gold-plated anniversary emblems. At a sticker price of $21,158, it was one of GM’s most expensive cars in 1983, right next to the top-of-the-line Cadillacs.

“There are just so many unique parts to it,” Rinn said. “You could not duplicate it.”

“People just kind of walk right past it, thinking it’s kind of ugly,” Rinn added with a laugh. “Until they stop and look at all the cool details.”

Jerry Michaels special ordered his 1967 Riviera GS from the dealer, specifying air conditioning after spending months in steamy Vietnam with the 1st Infantry.

“Dealers were ordering the cars under aliases just to have them in stock,” Michaels said. “You couldn’t find one anywhere on the dealer’s lots.”

Buick made 4,837 Rivieras that year with the GS handling and trim package. All Rivs got the 360 horsepower 430cid, four-barrel motor, but only the GS had the ornate “Star Wars” air filter canister that is so coveted today. Made by GM’s AC Spark Plug division, the plastic housing was an experiment in producing a high-flowing air filter – a venture that ended after only one year.

Another experimental Buick idea in attendance was the 1915 D55 “Twin-Six” Touring car. It was Buick’s only attempt at producing a V12 car to compete with the Packards of the period. The brainchild of Buick chief engineer Walter Marr, it was created by mating together two existing six-cylinder engines with an aluminum crankcase. Of the two produced, this is the only-known survivor. It is still owned by the Marr family after all these years.

We all wish we had more photos of our cars from their early days. Fortunately for Larry Stearns-Beatty, his grandfather was a professional photographer in a day when cameras were rare. Clearly one of his grandfather’s prized possessions, his 1916 Buick D-45 Touring car took him from Iowa to California four times in an age when roads were scarce and danger abounded.

For lack of an In-and-Out Burger, the elder Stearns brought along a Winchester .25-20 rifle for shooting game – and road bandits– on those early cross-country road trips. That rifle is still with the old Buick.

Larry got the car when he was 16, and only through happenstance did he avoid restoring it, limiting his efforts to re-nickeling the Liberty Bell claxon which his grandfather would sound when rounding sharp mountain curves. Only shown since 2012, the car has 123,000 original miles with a heel-worn hole in the floorboard to prove it.

The car won the Nicola Bulgari Spirit of the Buick award in 2015, but with such a well-documented history, this antique Buick belongs in the Preservation Class at the Pebble Beach Concours.

It’s heartening to see connections like this with vehicles from our past. Just like the neighbor down the road who kept his or her car in top condition, nobody seems to preserve the past better than the Buick Club of America.