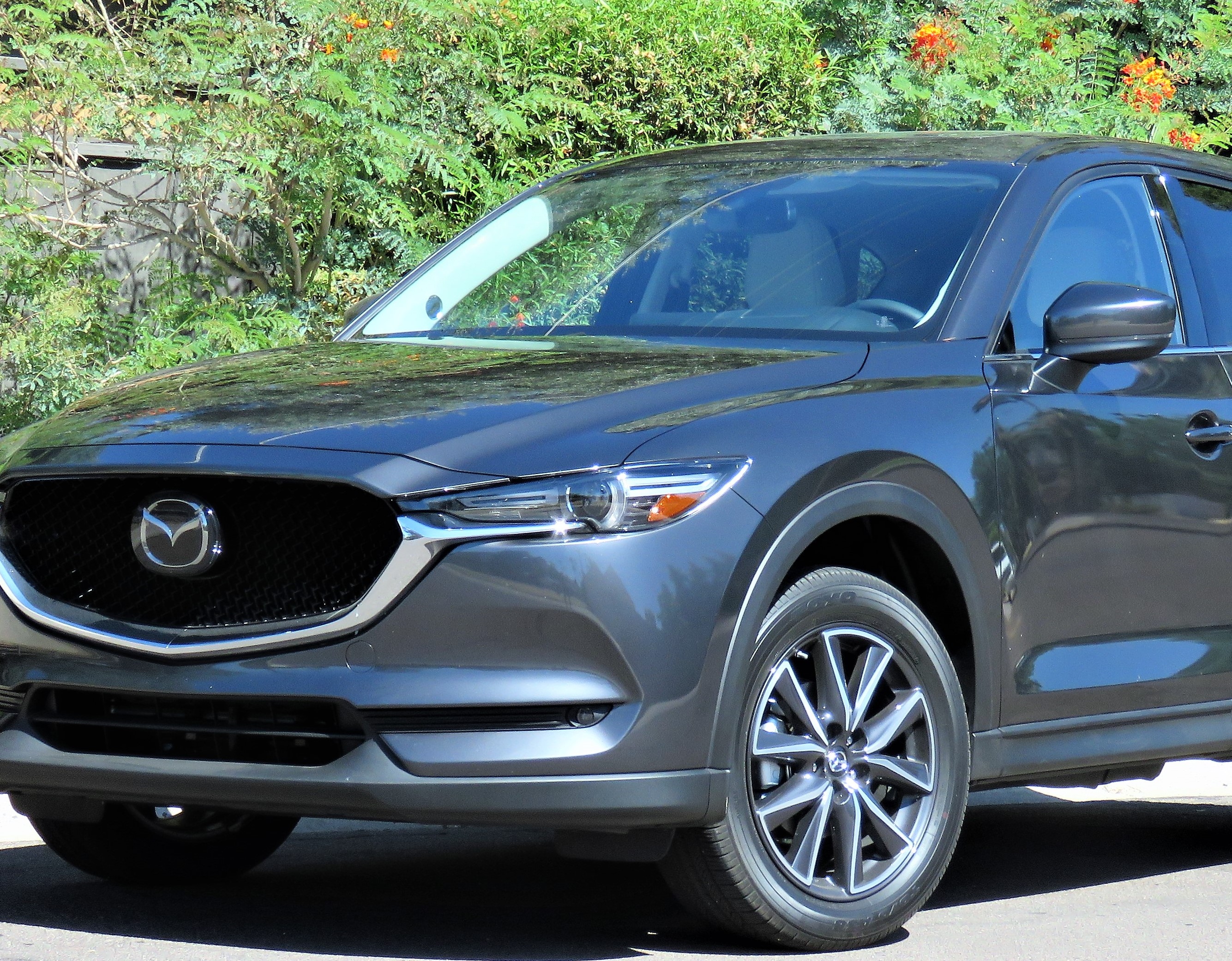 Buyers shopping for compact SUVs have a whole lot to choose from in this highly competitive chunk of the automotive market. The trick here is for an automaker to deliver something that sets itself apart from the herd.

Mazda once again has taken its own road with the updated 2017 CX-5, which is distinctive not because of price, accommodations or utility, but because it drives and handles more like a sport sedan than an SUV. The ride might seem a bit firm and the steering might feel a trifle heavy for this segment, but the payback is an agile little ute that you can toss into corners and have fun with on a winding road.

The latest CX-5 follows the trend set by the original that debuted in 2012, when it was greeted with appreciation by those drivers tired of tippy SUVs with spongy suspensions. While carrying on the “zoom-zoom” goals of the original model, and built on the same chassis, the mission for the new CX-5 was to add smoothness and refinement to the overall experience.

The suspension engineers worked out new struts, springs and bushings to reduce vibration and harshness, while the rack-and-pinion steering was made crisper with a solid-mounted rack and hydraulic bushings to lessen unwanted buffeting. A good package of ingredients that improves the Mazda’s drivability while not dialing back on its sporty behavior.

Mazda’s new G-Vectoring Control technology has been added to the Dynamic Stability Control, which enhances the handling without stepping in too much. The driver still feels very much in control.

One disappointment, though, is that Mazda jettisoned its 2.0-liter engine and five-speed manual transmission, which was the base-model setup but preferred by those of us who still want the engagement of driving stick. Now all models come with the 2.5-liter inline-4 and six-speed automatic transmission, the favored combo for the majority of today’s drivers. More’s the pity, especially for a vehicle striving for sportiness.

But at least Mazda did not go for the soulless continuously variable automatic that has been taking over in many corners of the automotive world. CVTs have improved vastly during the past few years, and they do boost fuel economy. But give me gears any day.

The SkyActiveDrive transmission works very well, with a sport setting for those times when you want to wring a little more out of your Mazda.

The bigger engine is a carryover from the previous model, but Mazda says it has been retuned for greater smoothness and a smidgeon of increased horsepower. Acceleration is modest but more-than adequate, and engine roar does seem less-intrusive, except for a bit of racket under hard throttle.

A major improvement over the previous CX-5 is its quieter and more-relaxed demeanor at highway speeds, as well as isolation from outside noise in city driving. A bigger dose of body insulation and chassis engineering can be credited.

Overall, I think the CX-5 makes a good case for itself against such key competitors as Ford Fiesta, Honda CR-V and Toyota RAV4.

CX-5 has a new look as well, honing a bit closer to the styling of its big brother, the CX-9. Some small SUVs wind up looking kind of tall and stubby, but the Mazda has a sleek and well-integrated look. The test car came in a somber shade of gray; I think the CX-5 looks better in a more-vibrant color.

The interior has been greatly upgraded, and in the top-level Grand Touring all-wheel-drive model I tested, looks more like a premium cabin than one found in a popularly priced SUV. The front seats are roomy but it can be tight for back-seat denizens when there are tall people aboard. The rear cargo area is not as spacious as some, but is big enough for the majority of life’s challenges.

This top-drawer CX-5 comes fully equipped with convenience, technology and safety features, with just a few items available to add on as options. The leather seats are supportive and the switchgear looks refined, with an easy familiarity to the dashboard; most often-used functions as audio and climate controls operate with real rather than virtual dials and switches.

A seven-inch rectangular display screen mounted on top of the dashboard is accessed via a rotating knob and buttons on the console, which makes for easy manipulation while driving. Navigation and car controls are simple to get at, and the Bose audio system sounded very nice.

Besides the top-dog Grand Touring model, the CX-5 can be had in the base Sport, Touring and Grand Select versions, with ascending levels of trim and equipment. Pricing starts at around $24,000 for the front-wheel-drive Sport.

CX-5 reigns as the best driver’s car among the compact SUVs, but the tradeoff for a firmer ride and tighter steering is not for everyone. Mazda has been quite successful with this formula, however, in spite of the compromises in ride comfort.