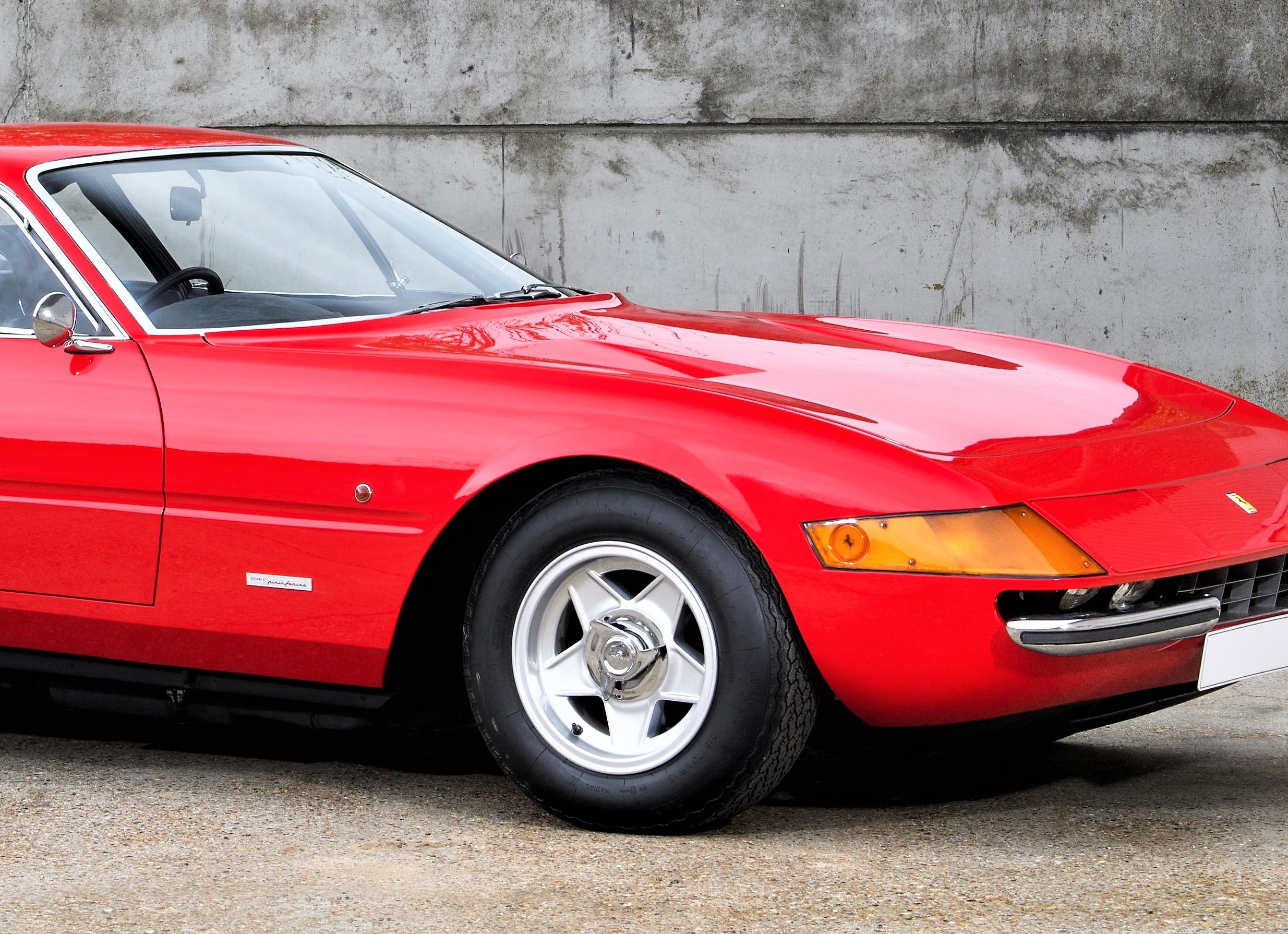 British pop star Elton John, fresh off the success of his breakthrough album, Goodbye Yellow Brick Road, went right out and bought a Ferrari Daytona. Or so the story goes.

That Ferrari will come up for auction during Silverstone Auctions’ collector car sale July 29-30 at the Silverstone circuit in England. The right-hand-drive coupe is a matching-numbers example, according to Silverstone, painted Rosso Chiaro with a black interior.

After John’s ownership, the Ferrari’s history in known, with the last collector having the car for 16 years. The Daytona is in immaculate condition, the auction house says, despite 81,675 miles on its odometer. The Ferrari comes with copies of the original build sheets, order forms, delivery correspondence and a chronologically ordered file of every Ferrari service bill and receipt from new.

“What a car! We’re delighted to be offering this very special Ferrari Daytona with pure rock and roll history in our Silverstone Classic Sale,” Will Smith, classic car specialist for Silverstone Auctions, said in a news release.

“The Daytona was billed as the fastest road car in the world in its day, faster than the Lamborghini Miura released two years earlier. The car presents in exceptional condition having been very well maintained by its previous owners, including Sir Elton John, adding extra appeal and distinction to this rare and collectible classic car.”

For information about the Silverstone sale, visit the auction website.