The Fiat 500 is having quite a 60th birthday party 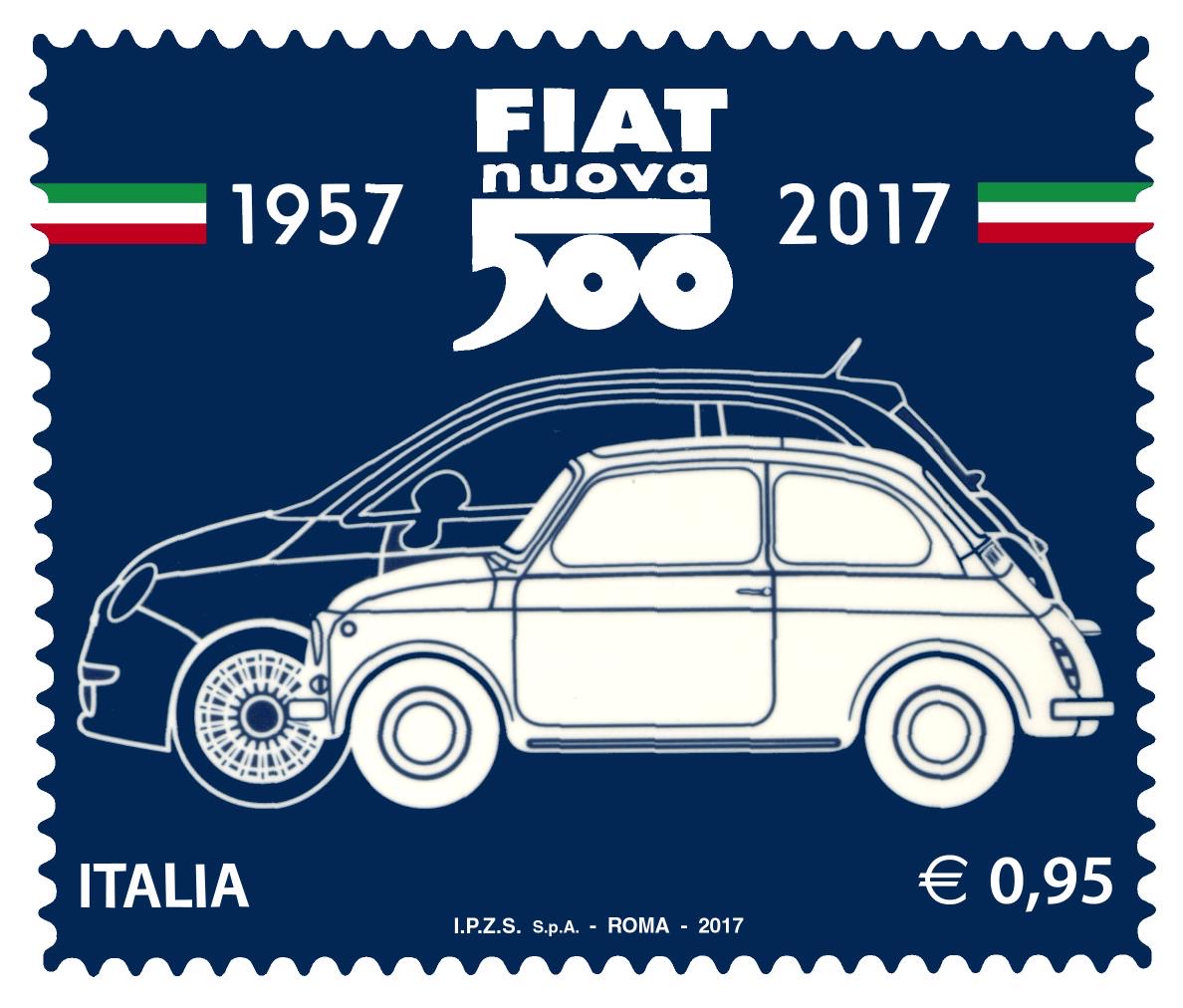 Recently, the compact car — initially introduced on July 4, 1957, was featured on an Italian postage stamp.

On the Fourth of July, MoMA, the Museum of Modern Art, New York, announced it had acquired a Fiat 500 F series, the most popular version produced from 1965 to 1972, as part of its permanent collection.

And that evening, Fiat unveiled “See you in the future,” a short movie featuring the new Fiat 500 Anniversary series and Oscar-winning actor Adrien Brody. (We’d love to share the film, but so far it is available only to YouTube viewers living in a dozen European countries.)

All we can tell you about the film is what we’ve learned from Fiat Chrysler’s news release:

“The film is set in ‘60s Milan, the city par excellence for style and Italian design. The clothes of the passers-by around the Cathedral are unmistakable, as are the objects that guide the camera into the protagonist’s home: small details that take viewers straight back to the Dolce Vita years.

“One of these is the record player, playing “Come prima” sung by Mario Lanza, to which Adrien Brody dozes off. After a fade to black, the protagonist leaves the house and walks past his period Fiat 500, running his eyes lovingly over its iconic silhouette. Once through the front door, he feels that something is not quite right as the ‘60s have turned into the present day.

“This contrast is the leitmotif of the film, and it also features in the meeting with the female protagonist; she is wearing a vintage dress, but drives a Fiat 500 Anniversary.

“The actor is struck by the lines of the car with its new Riviera Green livery, and viewers can appreciate the historical Fiat logos, the vintage 16-inch alloy wheels and the chrome plated mirror caps, while the girl takes the key from the 500 Anniversary and invites him to get in.

“The two young people enjoy a day in Milan together in the new Fiat 500 Anniversary, in a mix of past and present, with a few small misunderstandings to underline the fact that they come from different eras. However, they share the same love for the Fiat 500, the icon that unites the generations with its style and timeless coolness, which celebrates its 60th birthday today.

“The short movie ends as Adrien Brody returns home. ‘See you again in the future, I hope,’ he whispers.”

Meanwhile, Martino Stierli, curator of architecture and design at the MoMA, is quoted in another Fiat news release as praising the 500 as “an icon of automotive history that fundamentally altered car design and production.

“Adding this unpretentious masterpiece to our collection will allow us to broaden the story of automotive design as told by the museum.”