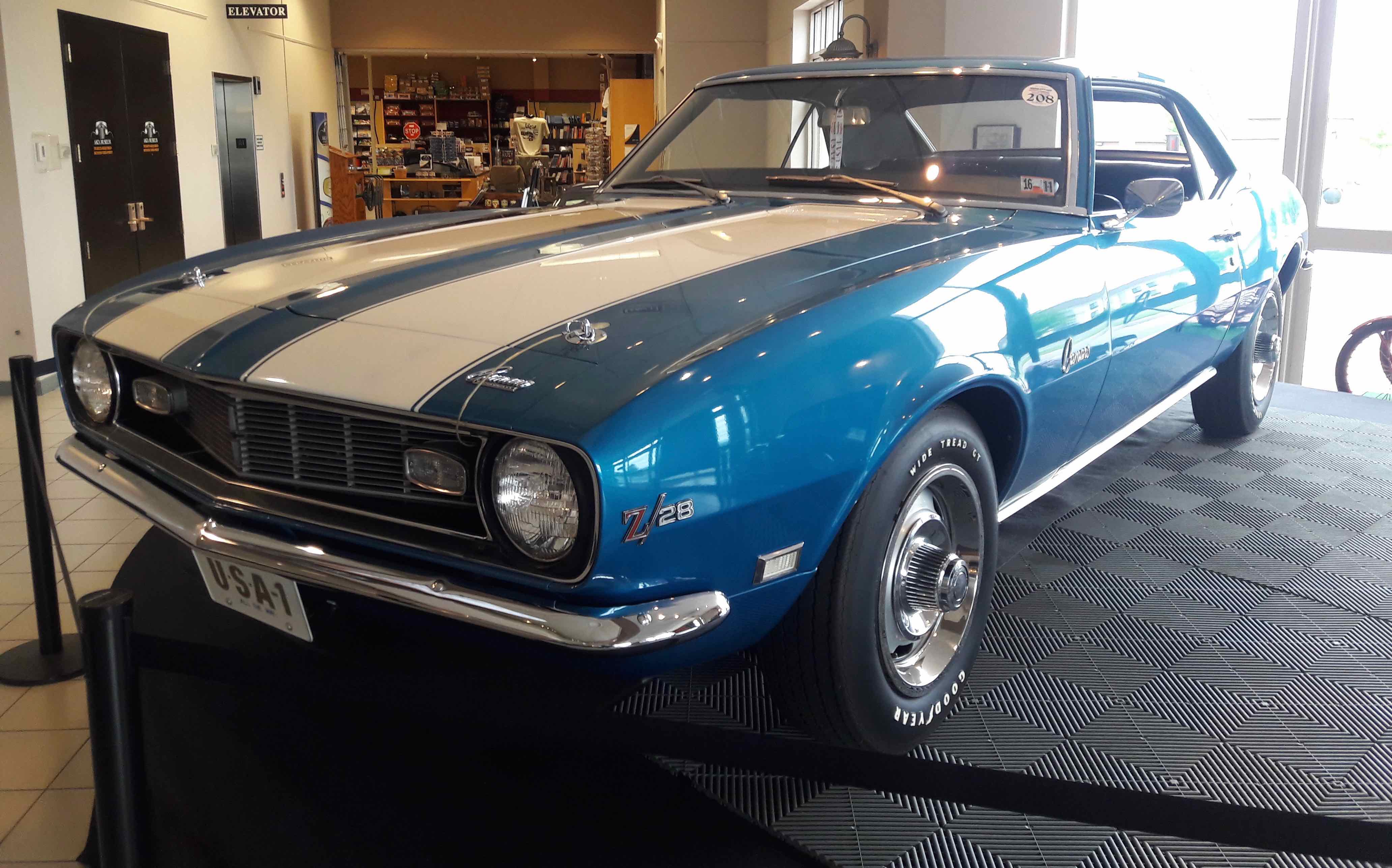 With the introduction of the Chevrolet Camaro in 1966, followed one year later by its mechanical twin cousin, the Pontiac Firebird, an all-out performance battle was officially launched between General Motors and the Ford Motor Company. Targeted squarely at the Mustang, Ford’s runaway sales hero that had been launched for the 1964½ model year, the GM duo had a tremendously difficult task ahead of them: unseat the very vehicle that inspired the term “pony car.”

The AACA Museum in Hershey, Pennsylvania, is celebrating the Camaro and Firebird with a special exhibit dedicated to GM’s renowned Mustang-hunters. Spread across the lower level of the museum, the cars on display span every era, from first-generation behemoths with an appetite for burnt rubber to powder-blue-painted luxury rides from the Disco era. In other words, there is a something for everyone – unless you’re a staunch Mustang fan, of course.

This 50th anniversary exhibition showcases the wide range of trims that defined both of these cars, including coupes and convertibles, along with Z/28s, Berlinettas, and everyone’s favorite wild child from the 1980s, the IROC (International Race of Champions) edition.

“About the only thing we don’t have at the moment is a “screaming chicken” Firebird,” said Nancy Gates, the AACA Museum’s director of marketing and communications, on the first day of the exhibit’s opening.

Like it or not, for many people that outrageously oversized hood decal came to define the Firebird – as did mustaches and cowboy hats, thanks to the model’s starring role alongside Burt Reynolds in the Smokey and the Bandit film series.

If you want an even more esoteric Pontiac, however, then look no further than the 1978 Pontiac Firebird Esprit on the museum floor. Packing a 170-horsepower V8 under its hood, the SkyBird appearance package was a $461 dollar option when the car was new. And no, you didn’t have to order it in baby blue – but boy, be assured that you’re never going to lose this car in any parking lot.

Sitting directly alongside is a 1967 Firebird owned by John Zampino, the car’s original owner who loaned the car to the exhibit. Powered by a 326 cid 5.3-liter V8, this example came with the two-barrel carburetor and delivered a total of 250 horsepower.

A pair of crowd pleasers for Chevy fans include a 1969 Camaro finished in “Fathom Green” and sporting white racing stripes and delectable dog dish wheels, as well as the stunning red 1972 Z/28 parked right next to it.

Yet, the star of the Camaro contingent happens to reside directly in the museum’s lobby. The 1967 Z/28, finished in a lustrous blue with white stripes came with everything a muscle car fan could want. Developed to race (and win) in the Trans-Am series, the Z/28 was fitted with a small-block 302 cid engine, upgraded power disc brakes, stiffer suspension, a Muncie 4-speed manual gearbox, and a grossly underrated official power output of only 290-hp. Chevy was gunning for Ford and Dodge on roads and racetracks, but that didn’t mean it wanted to raise the ire of insurance companies too.

While neither of these GM products equaled the incredible showroom success of the original Mustang, the Camaro and Firebird forged a fervent fan base and led to some of the leanest, meanest muscle machines of the past five decades.