Surf’s up for RM Sotheby’s in $9.3 million Santa Monica sale 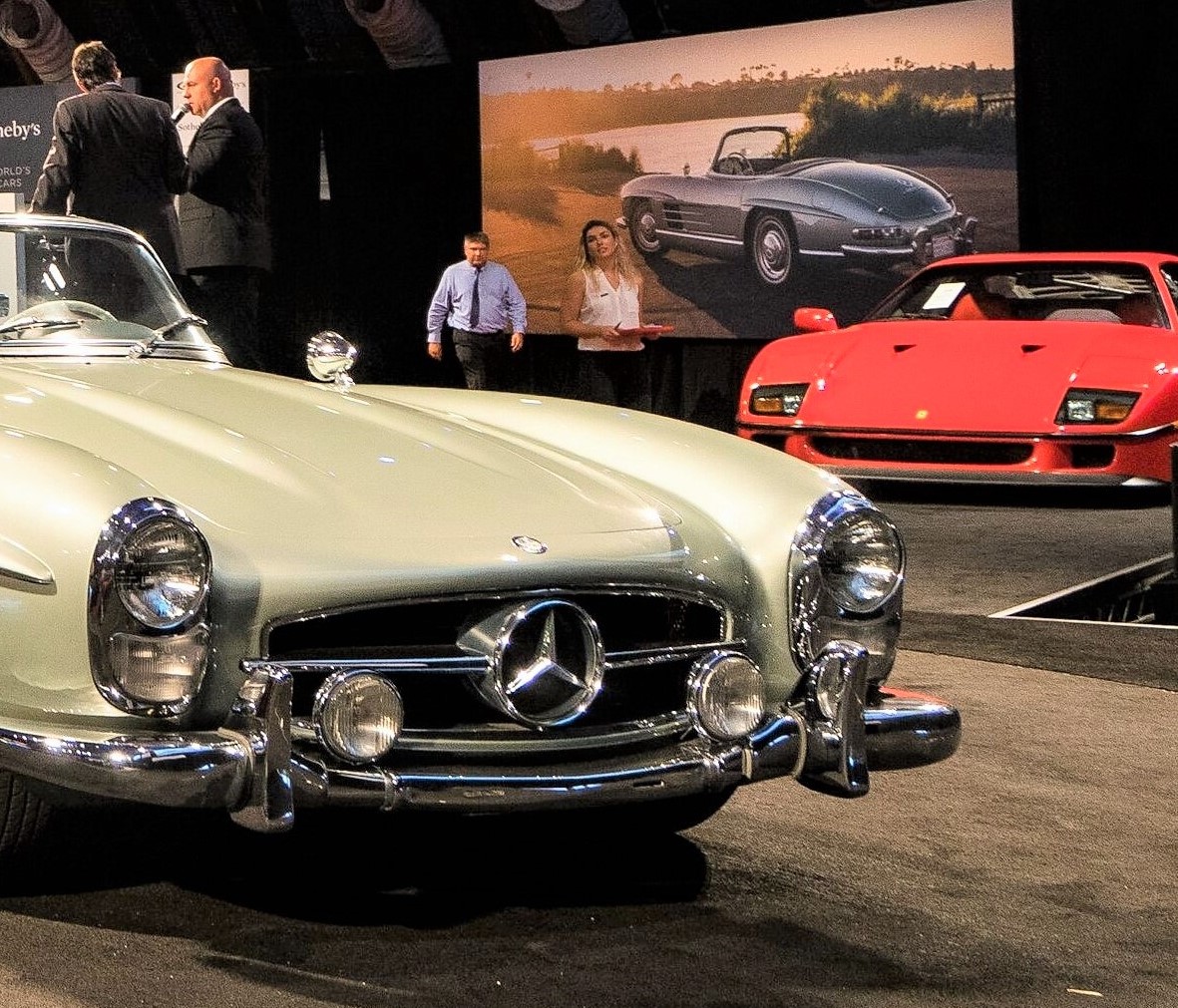 The Mercedes-Benz 300 SL during bidding, with the Ferrari F40 on deck | RM Sotheby’s photos

The one-day “boutique” auction offered 175 cars and an array of automobilia, with 111 cars sold for a 63 percent sell through, and 80 percent of the 68 automobilia pieces selling. The auction was held Saturday at the historic Barker Hangar.

The Cadillac V16 roadster is auctioned

The highest seller was a vintage Mercedes, a 1960 300 SL roadster. The perennial favorite went unsold on the podium but scored an after-block sale of $1.1 million, the only seven-figure result at Santa Monica. It was followed on the top-seller list by an ultra-exotic 1992 Ferrari F40, which went for $957,000.

A pair of American classics offered at no reserve from a single collection were the next highest sales. A well-preserved 1929 Duesenberg Model J Convertible Berline by Murphy that was delivered new in nearby Pasadena reached $880,000, and an “authentic” 1930 Cadillac V16 Fleetwood roadster, still wearing its original two-seater body, roared past the pre-sale high estimate with a sale of $797,500 after lively bidding.

The Santa Monica sale was well-attended

The cars at auction represented a wide range of values, with buyers able to pick up some interesting cars for four and low-five figures. One interesting sale was that of a 1970 Mercedes-Benz 250 C, still owned by its original buyer, actress-singer Michelle Phillips of the Mamas and the Papas. The celebrity Mercedes sold for $28,050.

“We’re thrilled with the strong results for our fifth annual Santa Monica sale,” Alexander Weaver, car specialist for RM Sotheby’s said, in a news release. “The new single-day format proved a success, with the busiest auction room we’ve seen yet.

“Our top 10 results also illustrate the appeal of the Southern California venue for the sale of a number of collector car segments, from American classics to late-model Porsches, icons of 1960s European motoring and modern collectibles.”

The top 10 sellers at RM Sotheby’s Santa Monica auction were:

For information about RM Sotheby’s auctions, visit the company website.