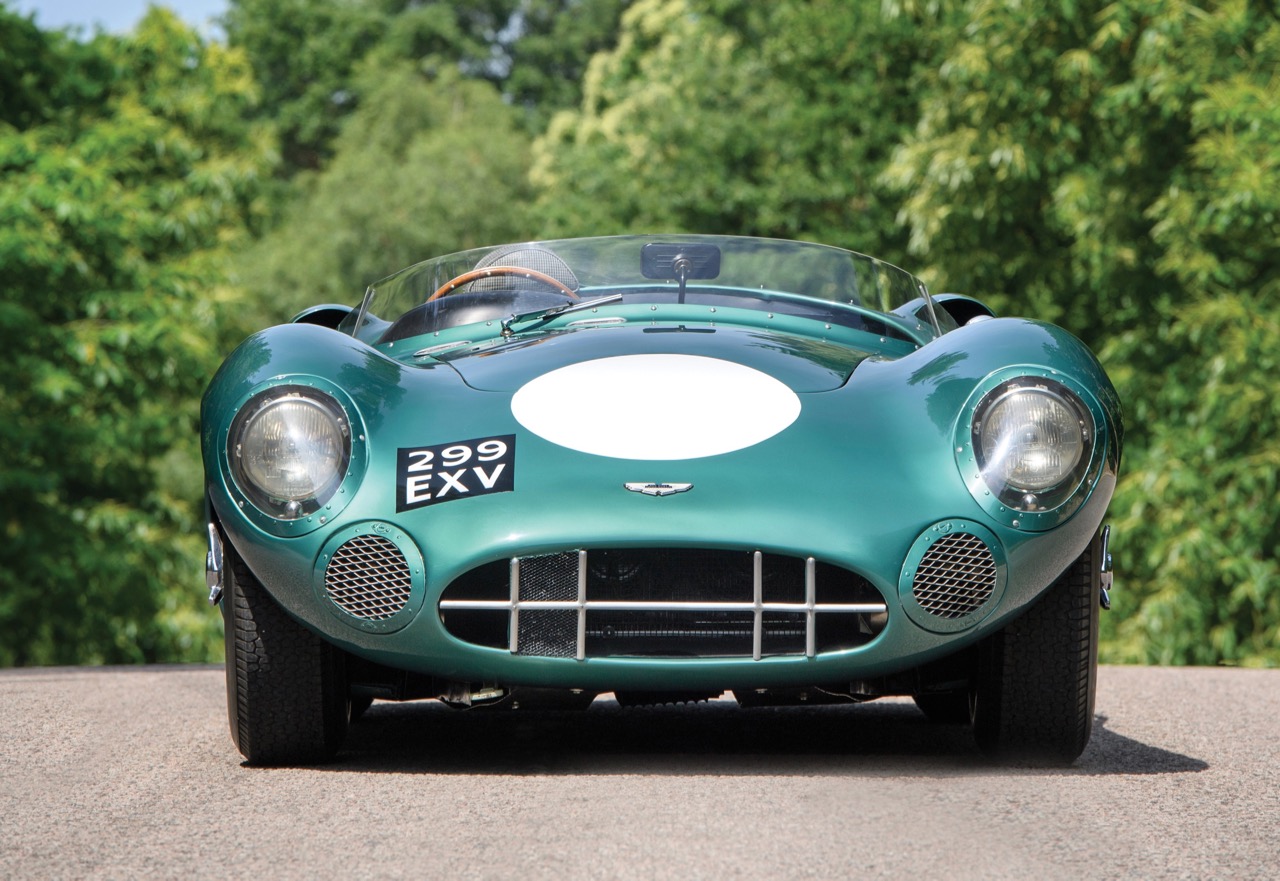 Calling it “the most significant group of Aston Martin competition cars to ever come to auction,” RM Sotheby’s has announced its Monterey sale scheduled for August 18-19 will feature among other racing Astons the 1956 DBR1, chassis No. 1, the prototype for the car that Carroll Shelby and Roy Salvadori drove to victory in the 24 Hours of Le Mans race in 1959.

Also on the docket will be:

“It is a true privilege to be entrusted with the sale of all four remarkable cars,” RM Sotheby’s car specialist Barney Ruprecht sad in the auction company’s news release. “From the Ulster — the pinnacle of pre-war competition — to the founding member of the DB4GT family, the ultimate Aston in the DBR1, all the way through to modern times with the DBR9, the group represents the complete lineage of Aston Martin competition history.”

The DBR1 No. 1 was to Aston Martin what the Ferrari 250 GTO and Mercedes-Benz 300 SLR were to those automakers and their racing programs, the auction house noted.

“The first of just five examples built by the factory between 1956 and 1958, DBR1/1 was a purpose-built competition car developed by racing design chief, Ted Cutting,” according to the news release. “The DBR1 boasted a lighter, faster 3.0-litre engine than its DB3S predecessor, set into a small-tube spaceframe chassis with an all-new rear end. The gearbox was replaced by the new semi-dry sump, five-speed transaxle, and the new racer was equipped with cast-iron Girling disc brakes with groundbreaking light alloy calipers.”

The DBR1 made its debut at Le Mans in 1956 with Tony Brooks and Reg Parnell sharing driving duties. It ran for 22 hours before being sidelined by an engine-bearing failure. The model continued to be developed for competition, racing at Le Mans, Sebring and the Nurburgring, winning three years in a row at the German circuit; Moss and Jack Fairman drove the DBR1 to victory in 1959.

That victory, along with the stunning success that same year at Le Mans by Shelby and Salvadori, helped Aston Martin become the first British automaker to win the World Sportscar Championship for manufacturers.

After its factory racing career, the DBR1/1 was raced by Essex Racing Stable in 1961 and 1962, and then was sold to John Dawnay, future viscount and president of the Aston Martin Owner’s Club. Mike Salmon raced the car in vintage events in the 1980s, and subsequently won the Most Elegant Sports Car trophy at Pebble Beach concours in 2001.

“Immaculately presented down to every last detail, and the most correct of all five examples built, DBR1/1 is offered with its final works-fitted engine, and is currently equipped with a bespoke, completely correct reproduction engine manufactured by Aston Martin specialist Richard Stewart Williams,” RM Sotheby’s said in its announcement.

“Following recent competition at Goodwood Revival at the hands of Brian Redman, DBR1/1 comes to RM Sotheby’s Monterey sale as the first DBR1 ever offered at public auction. With the potential to break the current record for the most valuable British car ever sold, DBR1/1 is expected to fetch in excess of $20,000,000 when it crosses the Monterey podium this August.”

The ’35 Ulster car has a pre-sale estimated value of $2.5 million to $3 million. Chassis No. B5/549/U was one of 21 produced and for three decades was raced by Derrick Edwards, founder of Ecurie Bertelli.

The ’59 DB4GT, chassis No. DP199, has a long history of club and vintage racing after its factory runs. It goes to Monterey with a pre-sale estimated value of $6 million to $8 million.