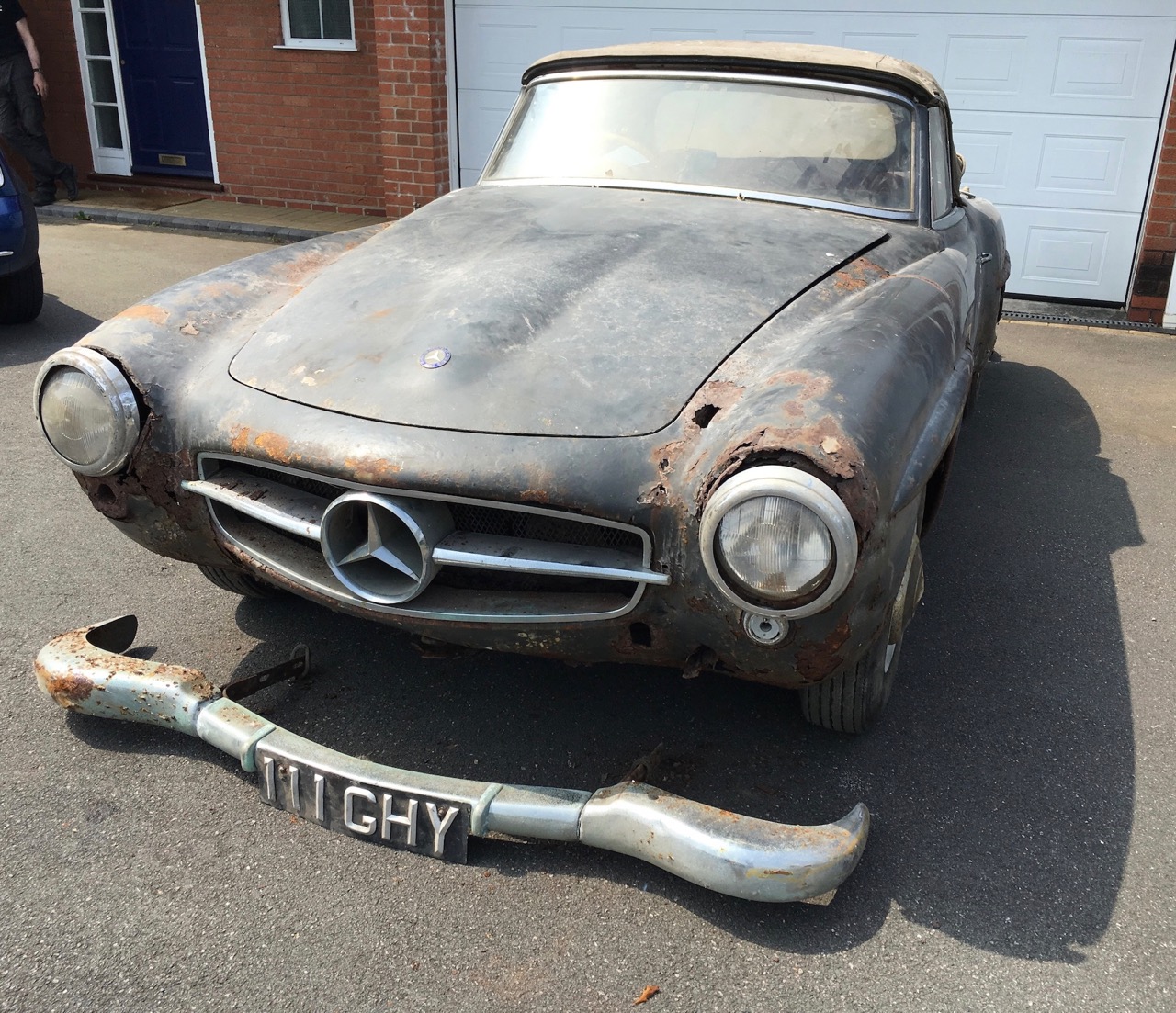 Mark Bryan works in the motorcycle department of England’s H&H Classics and was called on to evaluate a group of bikes for possible sale. The bikes were in an old garage in Solihull, home of Land Rover.

But the old garage held more than motorcycles. In it, Bryan discovered a long-stored 1960 Mercedes-Benz 190SL that will go to H&H’s July 26 auction at the Imperial War Museum as a barn-found restoration project. The car has an estimated pre-sale value of £50,000 (more than $63,300).

“What a great find; never in a million years did I expect to see this, an original UK registered, RHD, Mercedes-Benz 190SL in dire need of restoration,” Bryan is quoted in an H&H news release. “Just goes to show you just never know what’s lurking in that old lockup!”

H&H notes that the car is a “time-warp” vehicle that could be worth three times its pre-sale estimated value once it undergoes restoration.

The 190SL was created as a more affordable younger brother to the famed 300SL roadster, starting with the 1955 model year. Production continued through 1963.

The July 26 auction will be staged at the museum in Duxford, Cambridgeshire.