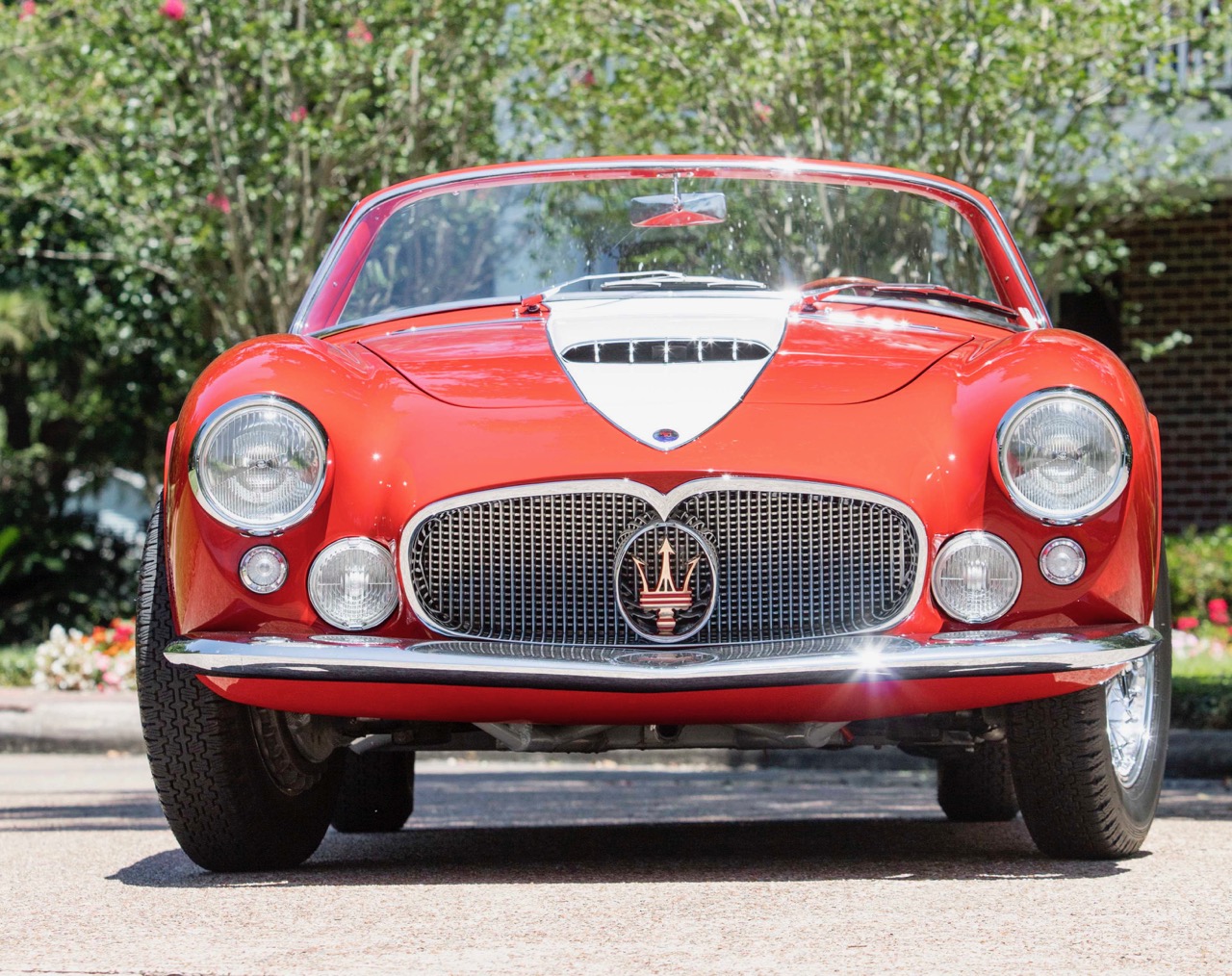 Bonhams has consignment a trio of coachbuilt cars by Italian designers for its auction in August at the Quail on the Monterey Peninsula. They are:

Bonhams says the Maserati is the factory prototype and one of only nine such cars built. The car was restored by Adolfo Orsi and won its class at the Concourso d’Eleganza Villa d’Este.

The BMW has been owned by the same family throughout its existence, the auction company noted. The car is one of 13 delivered to the U.S. It was awarded best of show at the Santa Fe Concorso and has won its class at Pebble Beach, Amelia Island and Pinehurst.

The Chrysler was created under the direction of both Virgil Exner and Mario Boano and was unveiled at the 1952 Paris Motor Show. The French importer for Chrysler commissioned 18 cars, of which only eight are known to survive.

The Chrysler going to auction originally was delivered to industrialist Leon Coulibeuf, who was Jean Behra’s teammate at Le Mans the year he purchased the Special. Coulieauf’s widow continued to show the car at several concours after his death.

The auction house provided no pre-auction estimated values on the three coachbuilt vehicles. For more information on the auction, visit the Bonhams website.