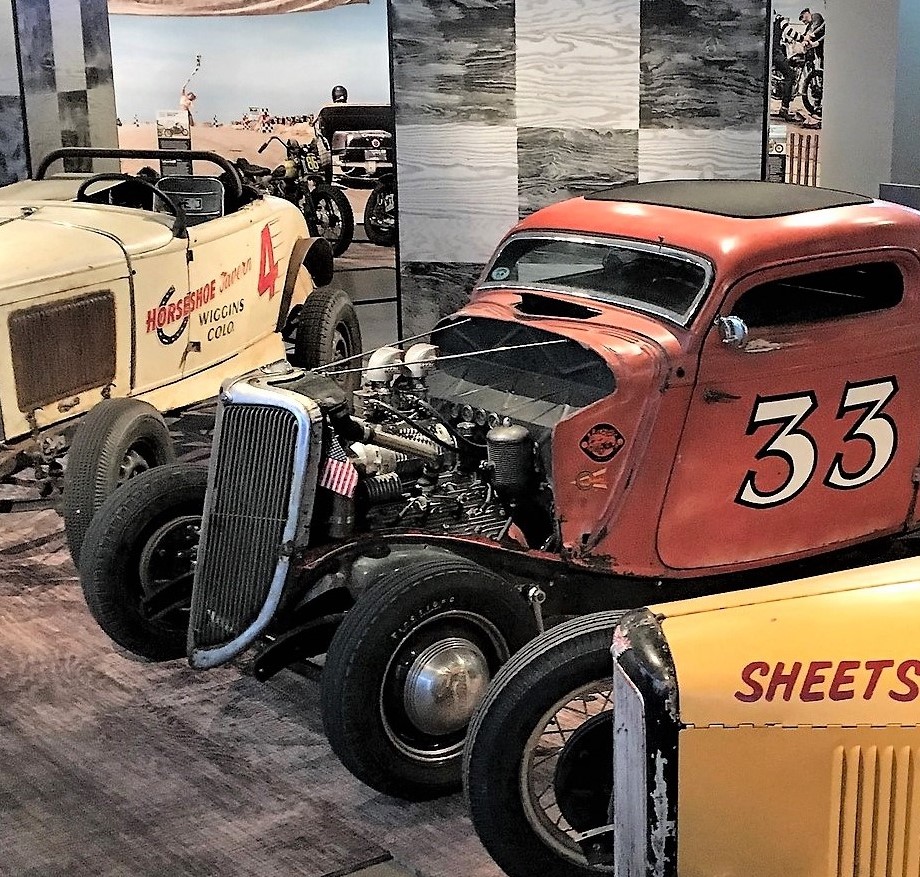 When Jim Nelson and friends returned home from World War II to Carlsbad, California, they had two things on their minds – girls and speed. In 1945, they formed a club to pursue the latter, and The Oilers Car Club was born.

Their exploits might have been lost to time if not for their inclusion in the award-winning 2003 book, The Birth of Hot Rodding: The Dry Lakes Era by Robert Genat and Don Cox. A lifetime away on the opposite coast, Mel Stultz and friends obsessed over the book’s images of the early days of post-war hot-rodding, reaching out to author Genat who put them in touch with the original Oilers.

With Nelson’s blessing, Stultz and his buddies resurrected the club, imbued with the same love of well-worn rods and motorcycles of the 1930s and ‘40s.

Any club is useless without events, so in 2012 the new Oilers created The Race of Gentlemen, a stylish, run-what-you-brung drag race set on the sand beaches of New Jersey to celebrate traditional hot-rods, salt racers and tank-shifter bikes. Open to pre-1935 cars and pre-1948 motorcycles, the event now attracts thousands of spectators annually to a moving museum on the Wildwood, New Jersey, seashore.

Enthusiasts in the Midwest can now enjoy the vehicles, personalities and pageantry of TROG in a special exhibit at the Harley-Davidson Museum in Milwaukee, Wisconsin, through September 4. Eighteen vehicles make up the display, but the real exhibit is the unique personalities of the featured racers who’ve come together from around the world to celebrate these early speed machines.

The cars and motorcycles presented are merely artifacts in the fascinating back stories of the individuals drawn to the race. Ryan Mackey was 18 years old when he won an essay contest sponsored by the Antique Motorcycle Club of America. First prize was a disassembled 1942 Harley-Davidson WLA. In 2014, he was invited to participate in TROG and rode the bike 500 miles from his home to the event.

On the opposite end of the age spectrum is Pennsylvania-native Tom Rowe, who races with the same steely gaze as when he held the #78 AMA National plate in the mid-1960s. Riding a 1947 Harley-Davidson UL, he is one of the more competitive and recognizable faces of TROG.

“He is known as ‘the old guy who shows up and kicks everybody’s butt,’” said Kristen Jones of the Harley-Davidson Museum.

Then there’s the story of Scott McCann, a second-generation hot rodder who stumbled upon a flathead Ford-powered Model-A Roadster. While stripping the body, he began to uncover racing livery and a “Sta-Lube” sponsor decal – issued to competitors at the 1952 Bonneville Speed Trials. An old event program confirmed the car had run 117.33 mph at the Flats, and the restoration immediately stopped and became a preservation. The car now sits proudly at the entrance to the exhibition.

With a strict period-only aesthetic, TROG is a photographer’s dream. The Harley-Davidson Museum display highlights dozens of lush photographs from artists David Carlo and Cory Piehowicz. Both capture the human essence that makes The Race of Gentlemen such a unique event, and compels every viewer of this great exhibit to get out their own classic ride, and get some sand between their toes.

Although the exhibit runs all summer long, try visiting on a Thursday afternoon to piggyback on the museum’s Bike Night. Or on Saturday, July 8, during the Wild Ones Weekend/Knucklehead Reunion sponsored by the Badger Heritage Chapter of the Antique Motorcycle Club of America.