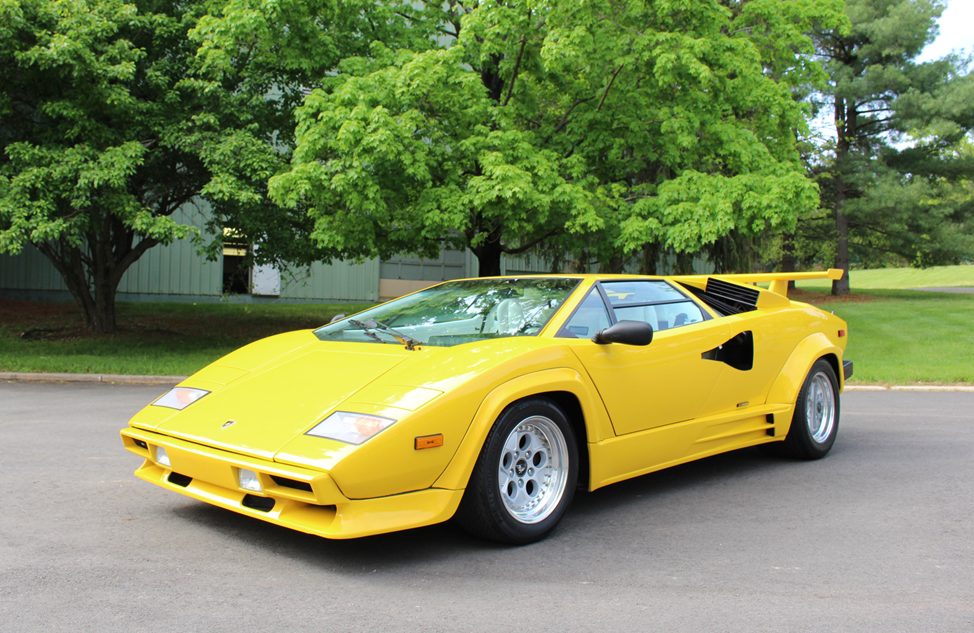 Editor’s note: This is the eighth in a 10-day sponsored series featuring cars to be sold June 21-24 during Barrett-Jackson’s Northeast auction.

Offered with a reserve during the second annual Northeast Barrett-Jackson auction is this 1988 Lamborghini Countach 500 Quattrovalvole. The car was originally ordered by collector Joe Nastasi and comes finished in Fly Yellow and white. Additionally, it features a factory rear wing and a rearview camera.

This car has only been in collections and seen during shows.

Less than 500 miles have been placed on the car since it received an engine-out service, including attention given to the clutch and 5-speed manual transmission.