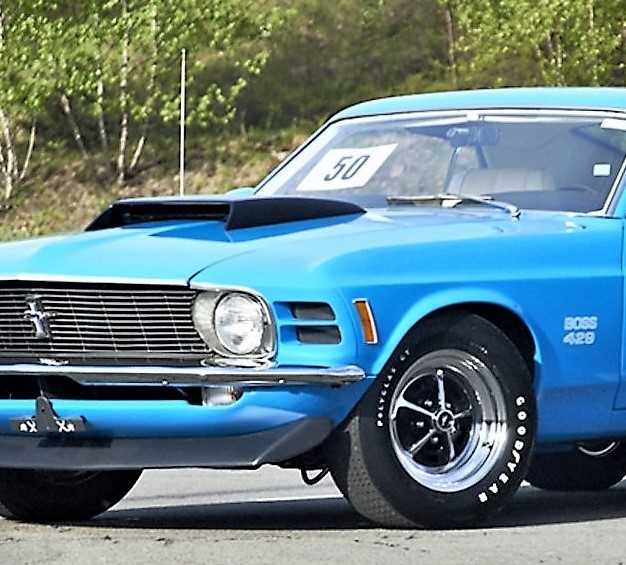 Barrett-Jackson returns to Uncasville, Connecticut, next week for another collector car auction at the Mohegan Sun Resort and Casino on July 21-24. The second Northeast Auction has spawned a weeklong series of events that starts Saturday with the inaugural New England Concours d’Elegance, for which Barrett-Jackson is the title sponsor.

Following Saturday’s concours, also held at the Mohegan Sun, there will be the inaugural New England Concours d’Elegance Summer Tour that will take participants on a drive around the scenic countryside.

The first Northeast Auction held in June 2016 was a rousing success, with $26 million in sales and a 96 percent sell through for the mostly no-reserve sale. The new auction also scored the first “double sellout” in Barrett-Jackson’s history, with admission tickets sold out before the event and consignment spots for auction vehicles sold out days before the sale began. More than 90,000 people attended, the auction company reported.

“The electricity generated at last year’s record-setting event was unforgettable,” Craig Jackson, chairman and chief executive of Barrett-Jackson, said in a news release. “This year, we decided to build on that high energy by creating even more collector car activities for the whole family.”

About 600 vehicles are expected for the three-day collector car auction, featuring a bunch of American muscle cars, such as a freshly restored 1970 Mustang Boss 429 (Lot 650) with only 10 test miles since restoration, followed on the docket by a 1971 Dodge Hemi Challenger coupe (Lot 651).

For information about the Northeast Auction and a full list of consigned vehicles, visit the Barrett-Jackson website.