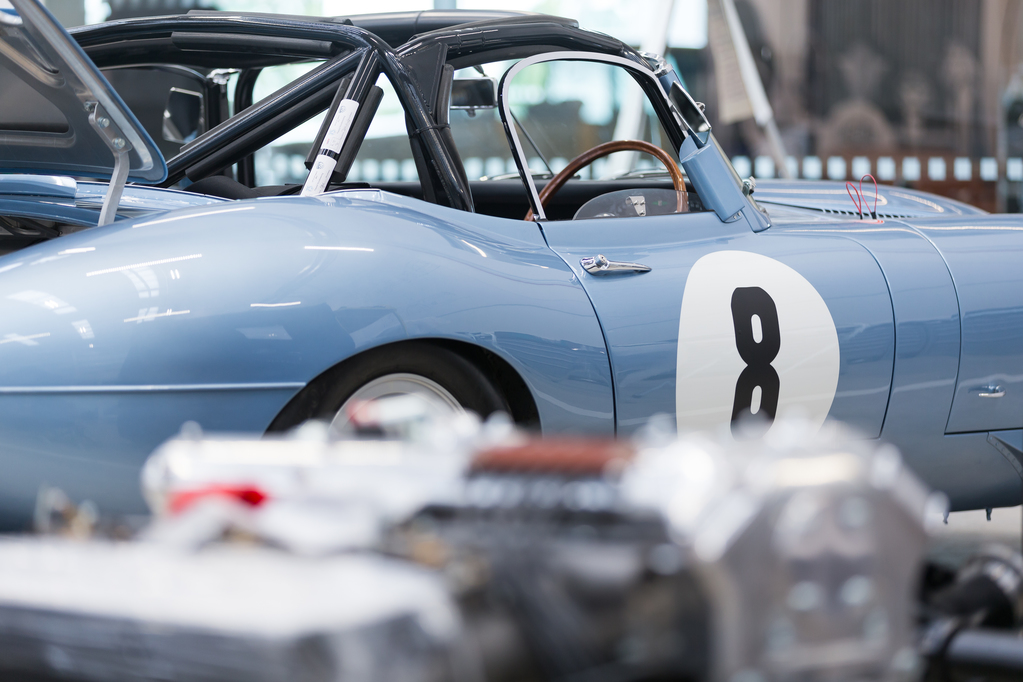 Jaguar Land Rover Classic Works has opened its new facility in Coventry, England, which the company calls the “original Motor City” — at least as far as England is concerned — and where Jaguar Classic-built vehicles will receive test drives from Le Mans-winning driver Andy Wallace before delivery to their owners.

Jaguar Land Rover Classic Legends is the name being given to the vehicles for sale, restoration and to those being maintained in the company’s own collection. Further, public tours of the new facilities will begin in September at a cost of £49 ($62.39 at the current exchange rate) per person.

“The opening of Classic Works in Coventry is an important milestone in the rapid development of the Jaguar Land Rover Classic brand, which was launched in March 2016,” the company said in its news release.

“This is the first purpose-built site for Jaguar Land Rover Classic, which brings all sales, servicing and restoration operations under one roof.

“The brand’s global expansion continues later this summer with the launch of a new facility at Essen in Germany.”

“It’s much more than a building – it’s the heart, and soul, of Jaguar Land Rover Classic for our clients worldwide,” added Jaguar Land Rover Special Operations managing director John Edwards. “Being able to support owners and enthusiasts of our two great brands with a full suite of services for classic vehicles is a fantastic opportunity.”

The structure covers more than 150,000 square feet, which Jaguar Land Rover says is the largest such facility in the world, and includes 54 service and restoration bays as well as a sales showroom. The workshop is designed for vehicles out of production for more than a decade. It also houses the assembly line for the production of the renewed XKSS model line, or “Legends Continued” in company speak terms.

Also housed in the structure is the company’s collection of more than 500 vehicles.

At the opening of the new building, Jaguar Land Rover Classic announced that 1988 Le Mans winner Andy Wallace will be chief test driver for all vehicle programs. Wallace made his debut while driving a Jaguar XKSS with Norman Dewis, the company’s chief test driver and development engineer from 1952-1985.

“I’ve had the pleasure of learning from the master today,” Wallace said.  “Norman showed my colleague Kev Riches and I how it was done by his team in the 1950s and ‘60s. Although the law now limits the sorts of speeds we can try the cars out at, Norman assured me it is still ‘the best job in the world’.”