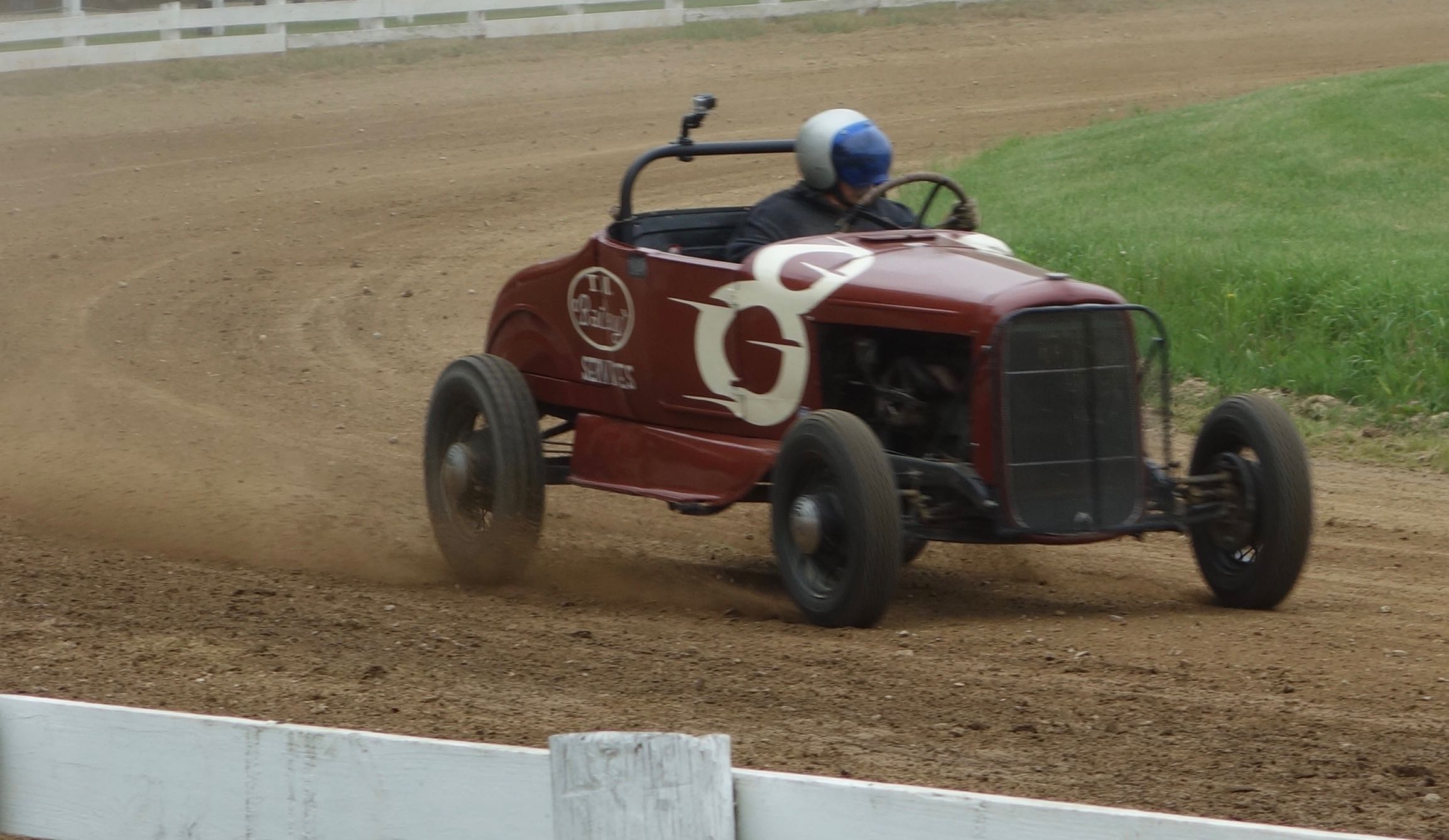 While attending the Carlisle Import and Performance Nationals a few weeks ago, I heard about a very different kind of car show only about half-an-hour’s drive away.

After only 15 miles driving Pennsylvania back roads, a friend and I arrived at the Latimore Valley Fairgrounds, where we found a dirt oval and scores of vintage flat-head and 4-banger hot rods racing. Also taking turns on the track were riders of vintage motorcycles.

Like The Race of Gentlemen, the Jalopy Showdown is very much a complete-immersion lifestyle event where you feel like you are transported back 50 years to the very beginnings of American oval track racing. Not only are the cars of the period, but many of the competitors and spectators dress in period hot-rod attire.

The infield had a small but very cool swap meet; a vintage style barber, where you could get a shave and a haircut; a pit BBQ concession; a rockabilly band; and even a guy making old time tintype pictures.

The infield also had parking for people who drove their vintage hot rods to the event, and that provided a bit of a car show in itself. They limit the Infield parking to cars built prior to 1964, which only adds to the vintage feel of the event.

The racing was much more competitive than I would have thought. While they call it an exhibition, the racers seem to be going after it pretty well.

During the break from racing, spectators also got to see the Lucky Devils Stunt Show, with vintage cars and motorcycles engaging in activities such as driving through flames and other such madness.

The entire immersion style of the event definitely added quite a bit, transporting you back to the time when all of this kind of racing was new. Vintage sports car events would do well to take a page out of the playbook of this event and incorporate this kind of lifestyle piece to events such as the Monterey Motorsports Reunion and other similar historic gatherings.

Of note were the large numbers of younger people at the event, both as competitors and spectators. This is something many vintage events are struggling with and I honestly feel that adding the lifestyle immersion — think Goodwood — would be a way to attract more, and younger, fans and generate added enthusiasms. The younger people seem to want this type of thing and it might be a good experiment in the least.

The Jalopy Showdown has been going on for several years; I am astounded that I had not even heard of this event until a few weeks ago. I highly urge you to attend next year’s showdown no matter what kinds of cars you are interested in. This is one of the true hidden gems of the classic car world.

The showdown takes place each May at the fairgrounds located right next to the Eastern Museum of Motor Racing. See the website for specific details.

Oh, and I have not note perhaps the best part of the event: Admission is only 10 bucks. That is hard to beat for so much fun on a nice springtime Saturday, and fun is what this event is all about.