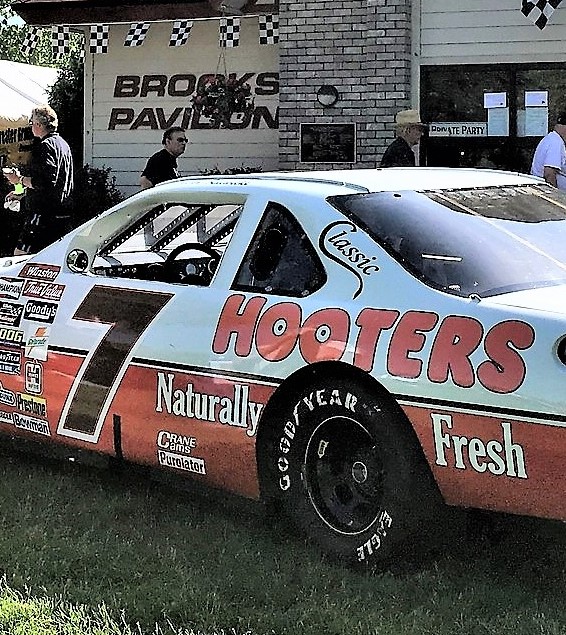 When 1986 NASCAR Rookie-Of-The-Year driver Alan Kulwicki arrived in Charlotte, North Carolina, he had a borrowed pickup truck and little else. A devout Roman Catholic Polish-American from the Upper Midwest with an engineering degree, he stood in stark contrast from the Good Ol’ Boy image prevalent in stock-car oval racing at the time.

Known to walk the pits carrying a briefcase, he applied scientific principle and determination to become the 1992 Winston Cup Champion. He died the following year in a light-aircraft crash in Tennessee at the age of 38, cutting short a promising career but setting a new standard for driver professionalism and preparation in NASCAR.

His hometown of Greenfield, Wisconsin, created a public park and baseball field in his name, with a unique pavilion that serves double-duty as a museum and shrine to the local racing legend. Trophies and artifacts attest to his storied career, and every Memorial Day weekend since 1999, the local Lions Club have hosted the Alan Kulwicki Cruisin’ Car Show.

Appearing this year was the ex-Kulwicki 1989 Thunderbird Chassis #007 in its famous orange-and-white Hooters livery. Kulwicki drove this car to his only two victories in the 1992 season; it’s front spoiler lettering altered from “THUNDERBIRD” to “UNDERBIRD” to reflect his unlikely ascent to the championship.

Memorial Day Weekend car shows always brim with enthusiasm for the coming summer, and this one had an interesting and enthusiastic turnout of unusual muscle cars and classics. Of growing interest are “driver” quality cars which have survived with little love over the years. Once commonplace transportation, it is now nostalgic to see muscle cars that are not over-restored or polished to a mirror finish.

Michael Mann with his 1968 AMC Javelin

The Alley Rats car club members would rather drive their cars than wax them. Unpretentious by decree, the club only requires that cars are at least 20 years old and domestic make. Member Michael Mann has had his 1968 AMC Javelin for 37 years, showing delightfully scruffy 15-year-old orange paint and 108,000 miles on its 343 Typhoon motor.

Sporting its own Hooters livery is the Creamsicle-colored 1970 442 W-30 of Ken Gumowski. The coupe is a replica of a car he owned in his youth, and the paint scheme has proven to be a popular backdrop for waitresses from the famous restaurant chain. The car has appeared in a number of local Hooters calendars and photoshoots.

Tom Armbruster bought his 1970 Chevelle in 1978 at the age of 18. He drag-raced it for a few years, then neglected the car over time. After 25 years in storage, he brought it out to begin the restoration, only to be diagnosed with a devastating rare form of cancer. His wife and buddies plotted in secret and “took” the car from him in the summer of 2015, completely restoring it to its present condition and never asking for a penny. Now in 100 percent remission, he enjoys the car regularly as a daily reminder of the value of true friendship.

Imagine being 19-year-old Bob Dierkes, striding into the local Ford dealership on the crisp evening of October 21st, 1957, to trade in his 1953 Ford Victoria on a new Starmist Blue 1957 Thunderbird. Bob still has the car, almost 60 years and thousands of miles later, with no intention of ever selling. The $3,295 sticker price has repaid him tenfold with memories for a lifetime.

In gathering to remember a racing legend, he and others have created even more lasting memories of time spent with great cars and good friends.