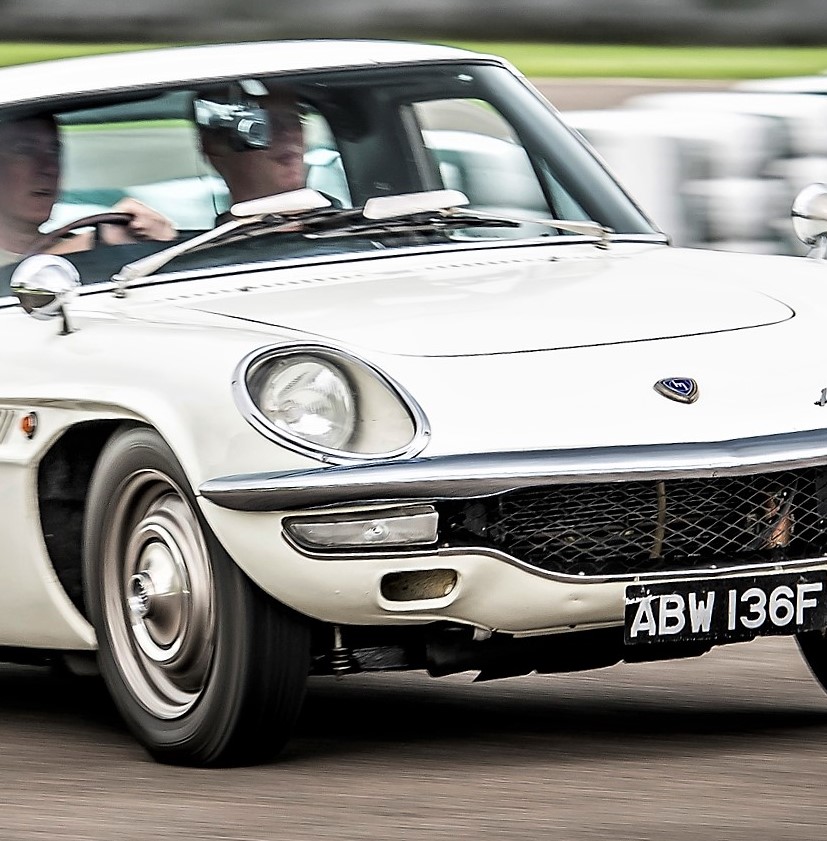 The name Felix Wankel doesn’t ring too many bells these days, but he’s the German engineer who invented the rotary engine, which later helped rescue Japanese automaker Mazda and, in 1991, became the only non-piston engine to power a car to victory at the 24 Hours of Le Mans.

In the 1960s, the Wankel engine became an attention-grabbing gambit by a struggling Mazda, which bought the technology from German automaker NSU. While NSU had modest success in production, Mazda engineers improved on the concept, creating a unique twin-rotor design to go into an unconventional sports car that served as a halo for the brand, as well as introducing a new image for Mazda.

May 30th marked the 50th anniversary of Mazda’s debut of its striking Cosmo Sport 110S. It was the first car powered by a twin-rotor engine, which greatly improved tractability over NSU’s single-rotor design. Displacing less than a liter, the smooth-running, high-revving engine produced 110 horsepower.

The Cosmo was designed by Heiji Kobayashi, who took advantage of the engine’s small size to create a two-seater coupe with jet-age styling. Polarizing at its introduction, the Cosmo’s looks strike a chord among collectors today.

Critics said that Kobayashi borrowed a collection of styling cues from existing sports cars; some BMW here, some Ferrari there, some American influence in the long tail section. But where they might see awkward proportions, others perceive something that was groundbreaking in its singularity, with an interesting look that could have come from one of the top Italian coachbuilders.

The small displacement of the rotary engine had a financial incentive in Japan, where cars with engines smaller than 1.0 liter enjoyed a tax advantage. But at the same time, a Japanese driver could enjoy the added performance of the rotary, compared with a traditional piston engine.

The pricey Cosmo was never a great-selling product, with fewer than 1,200 of them built in two series. But Cosmo paved the way for millions of rotary-powered Mazda vehicles, including the popular RX-7 and RX-8 sports cars, even buses and compact pickup trucks.

Power climbed for the rotary engines over the years, with turbochargers added to boost output. Mazda built its last rotary-powered car, an RX-8, in 2012, although there are plans afoot to begin production again.

The high point of Mazda’s rotary engine came when its 787B race car won the 24 Hours of Le Mans in 1991, the only time in history that an engine without pistons powered the winning car in the famed endurance race.

Rotary engines also powered Mazda racers in other forms of motorsports, with RX-7s appearing on the track regularly in amateur and professional events; the RX-7 dominated its class at IMSA races throughout the 1980s.

Early on, Mazda’s rotary engines had teething problems, mainly related to the failure of internal seals, but that was remedied by the time the RX-7 came along. The engines were never great on gas, though, especially when driven in a spirited fashion, and they are known to consume some oil.

Cosmos are seen regularly at collector car auctions, typically painted white and with right-hand drive, where they command six-figure prices. Cosmo still stands out in the crowd with its unique shape and proportion.