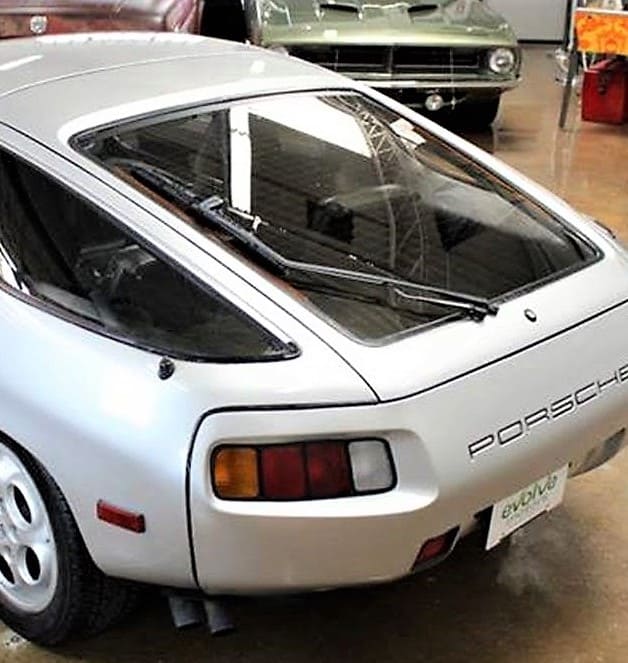 Porsche, one of the most storied marques in the world, has had tremendous racing success and its cars are some of the most desired and coveted. From the company’s original 356, though the 911 series, and all the way to the landmark 918 Spider, Porsches are something that just about every sports car fan sees as an integral part of a collection.

Despite this history, the company has made a few model missteps, cars that were too different from what the traditional Porsche buyer expected. But unlike most Porsche fans, and I have owned a passel of 911s, I believe that all Porsche cars are special. Some of their best cars are the ones that broke the mold of what people consider a Porsche to be.

The Pick of the Day is a first-year 1978 Porsche 928 coupe, which until recently was a red-headed stepchild in the Porsche family. But despite the criticisms, the 928 – Porsche’s second front-engine, water-cooled road car – was an absolute technological tour de force. The 928 is powered by an overhead-cam V8 engine and has a rear-mounted transaxle that makes it a well-balanced car.

According to the seller, a dealer in Chicago, Illinois, advertising the Porsche on ClassicCars.com, this car is the 1,003rd 928 built. The car is finished in Silber Metallic with a black leather and cloth pinstripe interior, with 67,061 miles on its odometer and a rare five-speed manual transmission.

The seller notes that while the paint looks nice, it isn’t without a few imperfections, including a light scuff on the front lower driver-door crease, a couple touched-up small scratches on the driver door, a mark on the rear bumper from where the previous owner had stuck an extra Porsche crest sticker, and a bit of a rash around the key holes on the doors and at the top corner of the passenger side tail light.

The rubber window trim isn’t in great shape, the seller adds, and the rear quarter-window trim shows some fading. The body of the car is in excellent shape with no dents or dings, according to the ad, and the car retains its original single side mirror.

This 928 still wears its original “phone dial” wheels, which are still in nice shape with no curb rash and just some slight weathering.  The interior looks beautiful in the photos, and the seats are in good condition, with just a couple of small tears on the upper outside bolster of the driver’s seat.

This ad provides a lot of information about the Porsche, noting that it still has its original Blaupunkt stereo, though it’s not working, and that the dash would be in nice shape except for a crack at the top right corner of the glovebox. Rust is limited to surface corrosion at the corner of the battery tray, and floors and rockers are in excellent shape, the seller says.

The 928 runs and drives well, the seller adds, with just a couple of idiosyncrasies to be aware of; for instance, on a cold start, the car needs to idle for about 30 seconds before you can get moving.

The 928 was a landmark car for Porsche when it was introduced, feeling much like a jet aircraft from the inside and having an almost billet-like quality of construction, which is hard to convey unless you actually sit in one. I remember when I first drove one in the early 1980s being staggered by the quality of construction, which is so good that it makes the awesome BMW 6 Series cars of the era seem like an also ran.

The 928 styling met with mixed reviews when new but seems to get better with age, making it a recent darling of the collector car world. The most desirable of these cars are either the first-generation models, like this one, or the final GT and GTS versions.