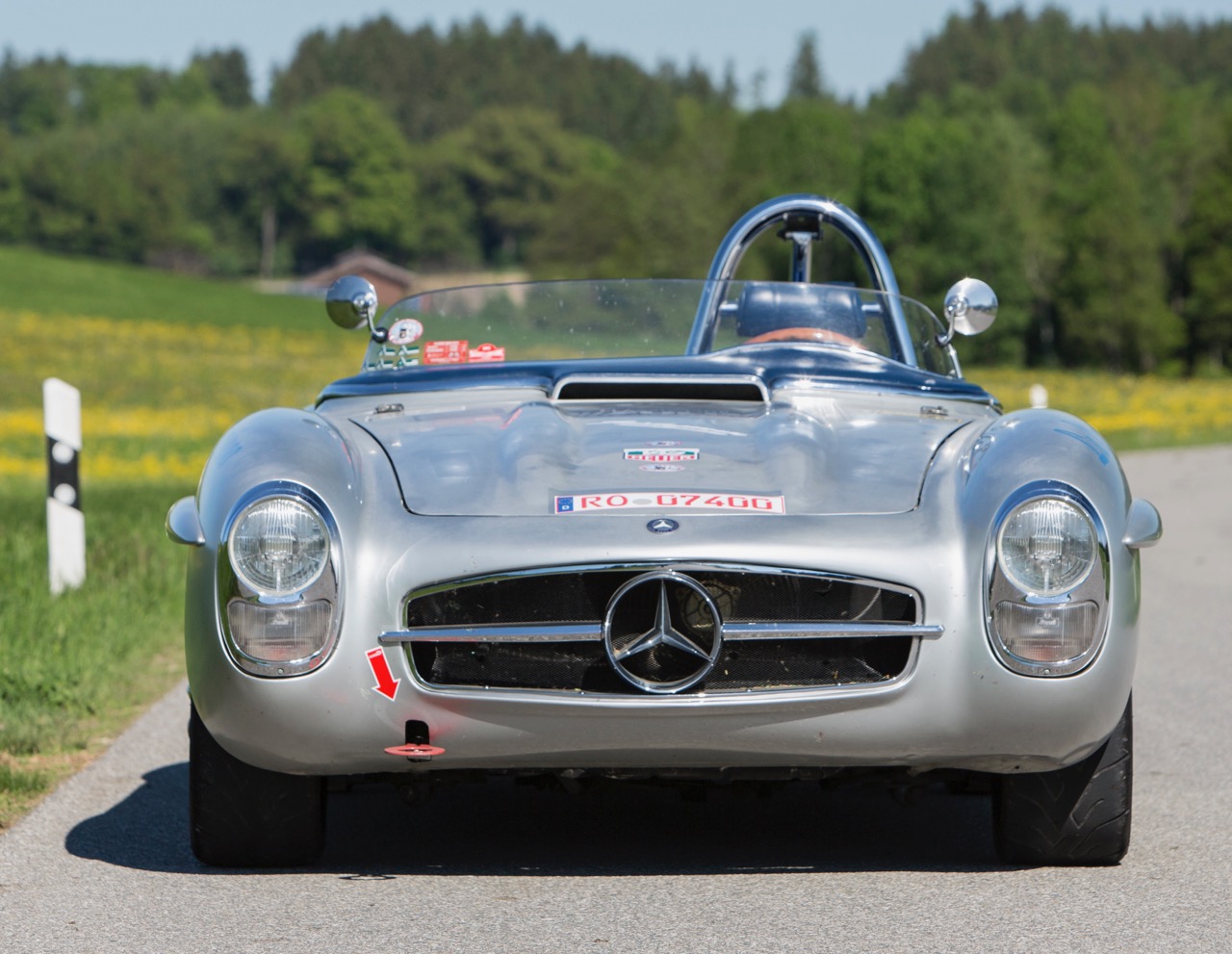 “Driving his 300SL Gullwing, Paul was virtually unbeatable from coast to coast.”

Officially, Paul O’Shea was a three-time Sports Car Club of American national racing champion in the mid-1950s, even though he’d quit racing cars for two years after a friend was killed at Le Mans.

Instead of sports cars, O’Shea raced trotting horses until Max Hoffman offered him a job as a salesman in his Mercedes-Benz dealership. Almost immediately, O’Shea drove a Porsche Spyder to class victory at Sebring and then stepped into the factory-supported Gullwing that he drove to national championships.

But when there were not enough of the then-new 300SL roadsters to meet homologation requirements, O’Shea created his own SLS for American road racing, complete with original aluminum bodywork. Even though he had to compete in the modified class against more powerful machines, he was more than competitive and his car was considered among the most reliable in racing.

“O’Shea enjoyed a remarkable run of success at the wheel of his SLS, regularly beating Ferraris, Maseratis and Aston Martins whilst on the track,” Bonhams notes in a news release that looks forward to the auction house’s upcoming sale at Chantilly, France. “His motor car became widely recognized as one of the most reliable on the track, consistently performing well in even the harshest of driving conditions. Sadly, Mercedes-Benz faced funding issues and had to withdraw from American racing.”

Fast forward three decades and Georg Distler decides to pay homage to O’Shea and his Mercedes SLS by building another one. Oh, and to validate the effort, he wants to run the car in the Carrera Panamericana in Mexico.

As Bonhams explains in its news release, among Distler’s friends was Albrecht Lorenz, who had a five-decade career as an engineer at Mercedes-Benz and who discovered O’Shea’s original plans in the company’s archives in Stuttgart. Over the course of two years, Distler and Lorenz re-created O’Shea’s car, not only with an identical aluminum body but with lightened seat frames, dual-side exhaust and Getrag five-speed transmission.

By 1997, the car was finished and Distler entered the nearly 2,200-mile Mexican road race, not only as a privateer but without a support vehicle, simply carrying along with him a box of spare parts. That box was unopened as the car not only won its class, but finished 11th overall among the 67 vehicles that completed the full distance.

The car has continued to compete in vintage racing in Germany, as Bonhams put it, “leading the pack at tracks such as Hockenheim, Nurburgring, Salzburgring and Roßfeld.”

However, Bonhams adds, “all it needs now is a new driver willing to keep the legend running.”