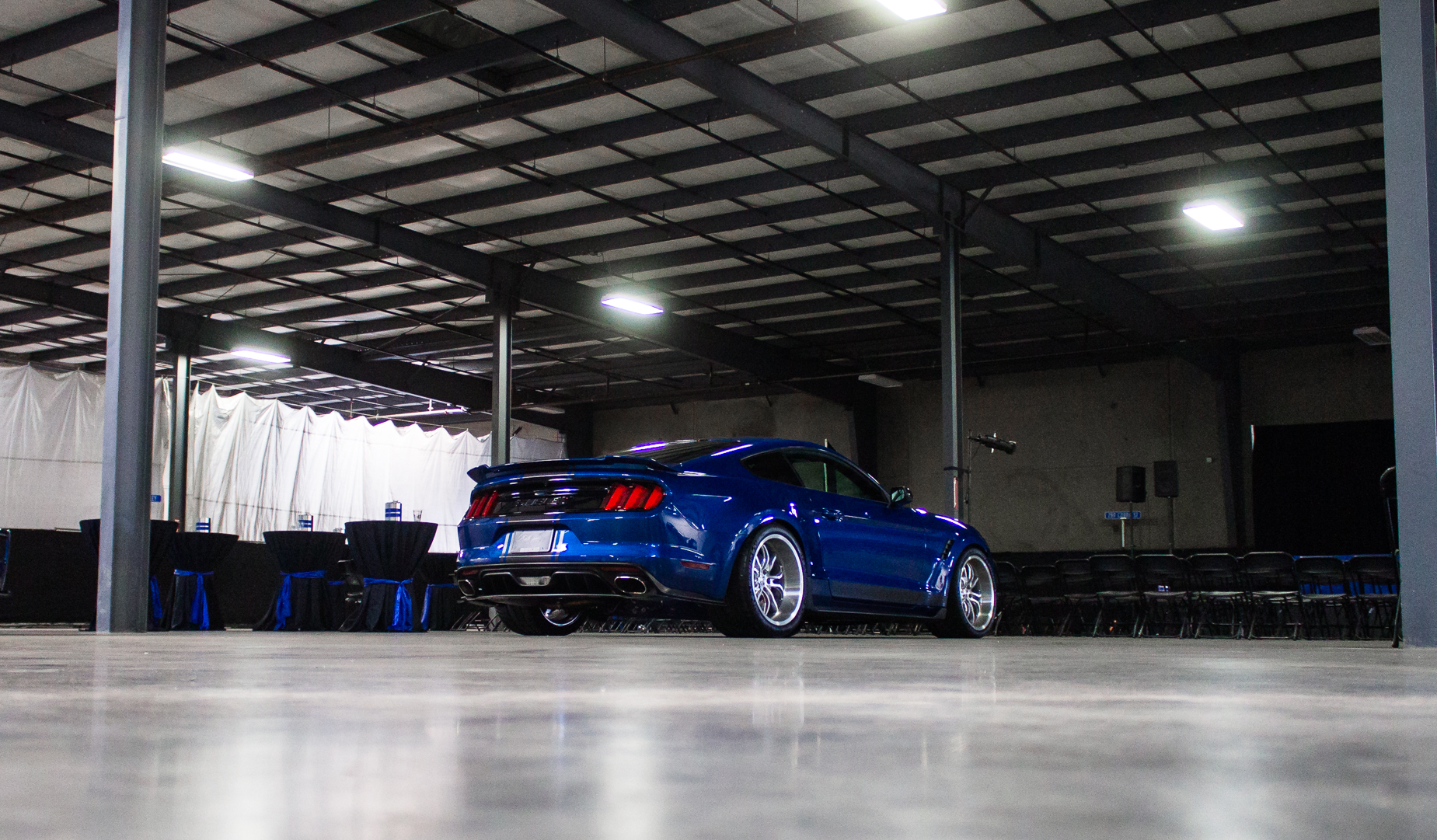 For the first time in over a decade, Shelby American has premiered a new concept vehicle –- the wide body Ford Mustang. The concept, unveiled last weekend at the 5th annual Carroll Shelby Tribute and Car Show in the Los Angeles area, was built on the 50th Anniversary Shelby Super Snake that was revealed in January during Scottsdale Auction Week.

“The wide body Shelby Super Snake concept vehicle is a glimpse at our next-generation track-focused car, as well as a demonstration of Shelby American’s vitality,” said Joe Conway, co-chief executive of Carroll Shelby International and CEO of Shelby American.

The concept is powered by a supercharged 5.0-liter Ford V8 rated with 750 horsepower. In addition to the wider body to cover larger and more aggressive wheels and tires, it has been modified with a fully adjustable coil over suspension, bigger brakes, hardened wheel studs, and stronger spindles and hubs.

“The current Shelby Super Snake emphasizes handling much more than the last model,” said Gary Patterson, Shelby American president. However, he added, a the previous generation Super Snake was popular because it put more rubber under the car to improve traction for drag racing.

“Instead of being optimized for straight-line performance, the Super Snake wide body concept provides more grip on all four corners,” he said. “It was designed to give drivers a serious competitive edge on the road course.”

Approximately 4 inches have been added to the car’s rear width and 2 1/2 inches were added in the front to maximize handling potential and to provide more feedback to the driver while better absorbing track imperfections.

Alongside the Mustang concept was a 2017 Shelby F-150 Super Snake pickup truck. The truck’s production is being limited to 150 vehicles. Prices start at $96,880 at select Ford dealers. The truck is available in 2- or 4-wheel drive.

The truck is powered by a supercharged Ford 5.0-liter V8 rated with 750 horsepower and comes in the buyer’s choice of six Ford colors.

Other highlights from the event included a variety of Shelby vehicles and an opportunity for enthusiasts to view the company’s facilities.