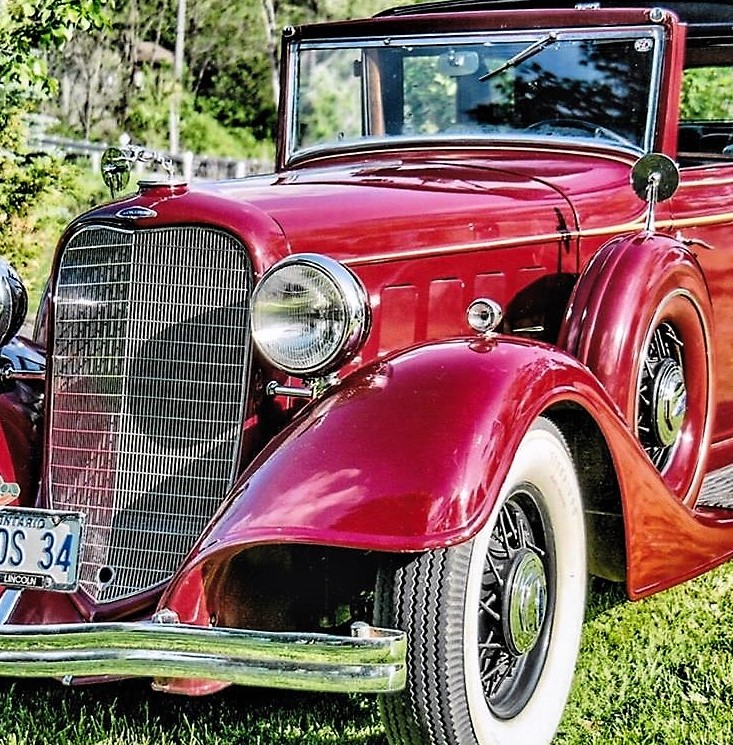 Hollywood actor Ned Sparks is not much remembered today, but he was a popular character actor from the 1920s through the 1950s, famed for his perpetually grumpy expression and wry one-liners.

His crotchety look was so tied to his acting career that he was reputed to have taken out an insurance policy for $10,000 with Lloyds of London during the 1930s in case anyone should get a photo of him smiling and publicize it.

Sparks stardom allowed him to afford many of the finer things in life, including the Pick of the Day, a 1934 Lincoln KB town car with a custom body by Brunn Coach Company of Buffalo, New York. The long-wheelbase Lincoln KB is recognized as a full classic by the Classic Car Club of America.

It is powered by a 414 cid V12 side-valve engine with aluminum block and heads, which was quite a powerplant in 1934 when most automobiles ran with four- or six-cylinder engines. Lincoln’s parent company, Ford, had recently made a splash with its 60-horsepower V8 engine.

The Lincoln was original purchased by Sparks and outfitted as a classic chauffeur-driven limousine, according to the private seller in Rockwood, Ontario, Canada, who is advertising the car on ClassicCars.com. The ad says incorrectly that Sparks was a silent-film star; although he started out in silent films, he became famous after audiences heard his gruff voice and deadpan delivery in the talkies and for decades afterward.

The car has been held in long-term ownership and has accumulated just 42,000 miles, the seller says.

“This car was purchased by the current owner in 1959 and originally restored in 1967,” according to the ad. “The car runs and has been licensed for most years since 1967.”

The seller describes the car as “partially restored” with a rebuilt engine, and while the body and exterior trim look very good in the photos, the interior appears to need a refurbishing, with cracked leather seats and musty-looking dashboard.

But its modest asking price of $55,000 leaves plenty of room for improvements, and the seller says the car is drivable, which would make it a good subject for a gradual, rolling restoration.

But the next owner should be prepared to explain the car’s celebrity history. It would help to download some videos of Ned Sparks onto the cellphone for credibility. I watched some on YouTube, and he was a pretty funny curmudgeon.