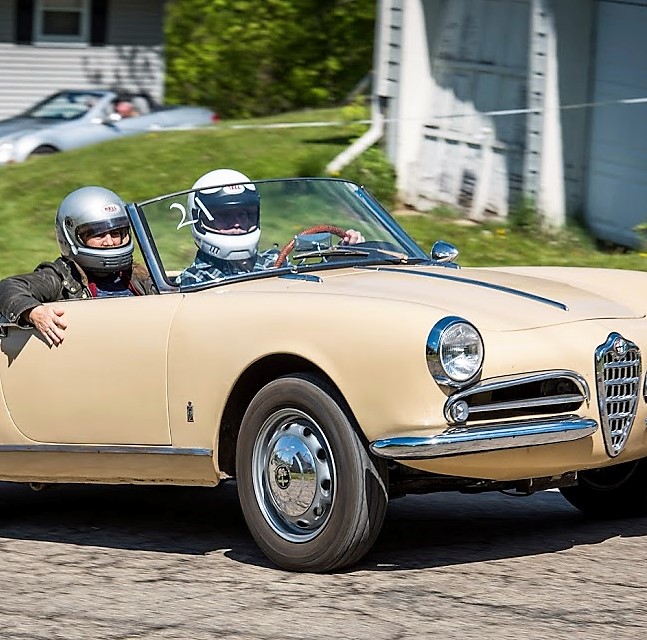 In the age of social media and the internet, there are very few secrets. But for nearly the past three decades, a group of sports car enthusiasts have quietly gathered each May to stage a vintage hillclimb in a small town in southern Wisconsin without fanfare or paparazzi.

Das Kurze Klausenrennen (“The Short Klausen Run”), a.k.a. The New Glarus Hillclimb, is inspired by the famous Klausenrennen hillclimb that took place at Klausen Pass in the canton of Glarus, Switzerland, from 1922-1934.

The town of New Glarus, Wisconsin, was founded by Swiss colonists in 1845, drawn by the topography similar to their homeland. They took up traditional cheese- and beer-making trades of their countrymen to great acclaim, and created a quaint town displaying Swiss-chalet-style architecture.

Sports car enthusiast Tom Caulfield discovered the small hamlet in the rolling hills south of Madison during a business trip to the area in late 1980s. He was so charmed by the food, culture and hospitality of the alpine-like community that he paired with a local innkeeper to stage the first hillclimb event in a closed-off rural road adjacent to the village in 1990.

Any successful automotive event requires a strong chairman to set the tone, and Caulfield held true to his vision of an elegant but unpretentious European-style event for gentlemen drivers. Sadly, Tom passed away shortly after attending 2015’s running, but his contribution was recognized with this year’s dedication of a memorial bench bearing his and the event’s name.

The 29th New Glarus Hillclimb (somewhat vague because the 13th designation was skipped for superstitious reasons) took place early last Saturday morning, with some 30 cars taking individual runs up the three-quarter-mile closed course. Open by invite-only to members of the Alfa Romeo Owners Club of Wisconsin and their special guests in the VSC (Vintage Sportscar Club), the event is restricted to post-war four-cylinder and pre-war six- and eight-cylinder cars, with some exceptions made for touring runs for display vehicles.

After a few hours of tackling the hill, tradition dictates a light lunch with locally made Spotted Cow beer and Limburger cheese sandwiches at nearby Puempel’s Olde Tavern. Veterans know that the pungent cheese (in the only place in the U.S. where it is made) is a decidedly acquired taste, best cut by the addition of raw onion, liverwurst sausage and rye bread. The evening’s formal dinner banquet features traditional Swiss music, dancing and authentic cuisine to round out the event.

Sunday’s drive home leaves plenty of time for exploring thrilling backroads and quaint roadside stops around Wisconsin’s “Driftless Region,” a geologically unique area that was unscathed by the glaciers that covered much of North America many millennia ago. The true beneficiaries of nature’s slight are the vintage sports car drivers that annually enjoy the setting of this unique and evocative event.

Porsches showcased at museums from coast to coast