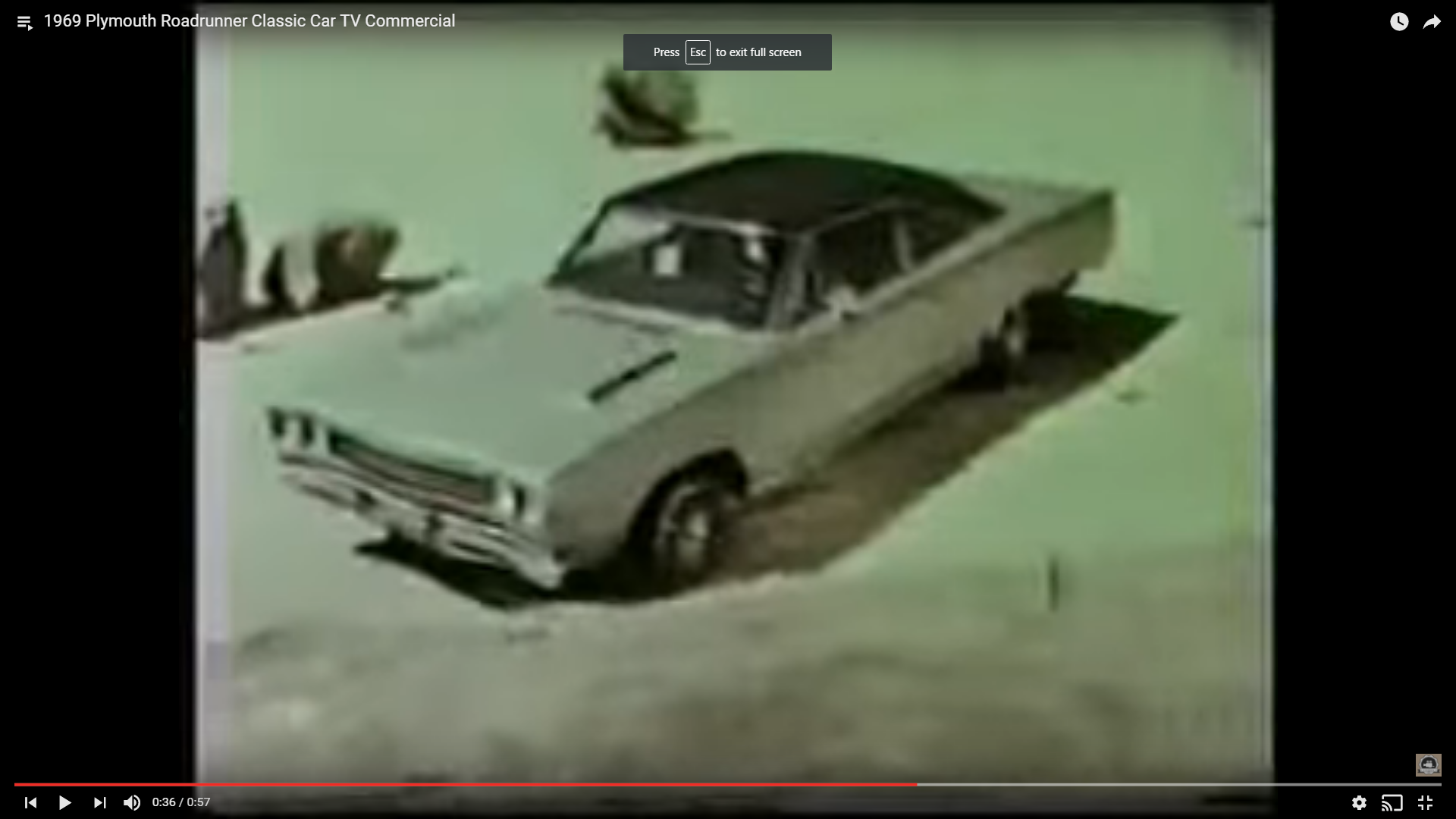 The Plymouth Roadrunner was adorned with logos and badges featuring the Roadrunner cartoon character, and in 1969 Plymouth aired a commercial depicting the iconic character and Wiley Coyote endless efforts to catch the bird.

Too bad he doesn’t know the only place to catch a roadrunner was at the Plymouth dealer.

The new, low-priced, high-performance car came as a convertible, hard top, or as the original two-door coupe for 1969.