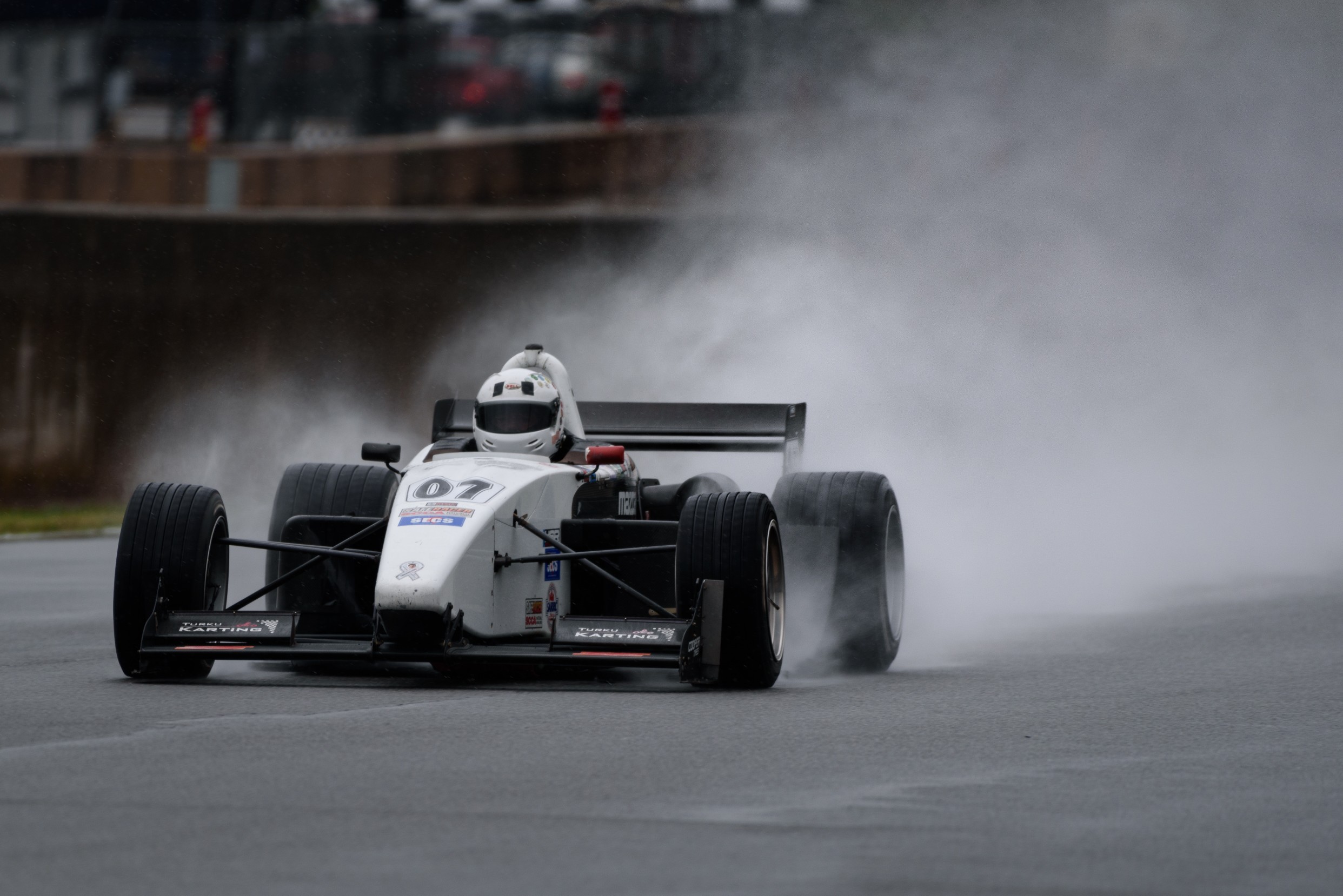 The final day of the 40th running of the Classic Motorsports Mitty, sanctioned by HSR, was met with inclement weather, but the spirit of those racing at Road Atlanta was not dampened. The three-day racing event last month featured many races won by mere tenths of a second and by drivers showed mutual respect and clean racing with green flags throughout most sessions.

Porsche was the featured marque and 75 of them, from all models and generations, took to the track. Due to such large attendance, the cars had been split into two races. The first was for pre-1974 models with 54 cars in the field and the second was for Porsches post 1975. All but six entrants in the second session were 996 and 997 GT3 Cup cars.

Historic cars in the rain at Road Atlanta

The HSR Classic RS Cup, a showcase series for 1970s Porsche 911 RS, RSR and IROC models, made its debut at the Mitty, as did the HSR Global GT class, which is home to modern but recently retired GT-specification cars from the last 10 to 15 years.

Other significant races throughout the weekend included a pair of one-hour B.R.M. Chronographes Enduros and a full-slate of second-round WeatherTech Sprint races, all of which were run in rainy conditions.

The weekend’s race winners included a recent University of Georgia graduate, Theo Bean, age 23, who took the Group 6 victory in a 1988 No. 83 Nissan GTP ZX-T. The car was one of the Electramotive race cars that earned IMSA Camel GTP victories at Road Atlanta some 29-years ago.

Additionally, 17-year-old Spencer Brockman took Group 11 honors and the overall victory in a combined sprint with Group 7 behind the wheel of his Steve Durst-built 2003 No. 196 Ball Brothers Special powered by a two-rotor Mazda 13B engine.

Next up for HSR are the VIR Historic Races weekend at Virginia International Raceway, June 2 – 4, 2017.