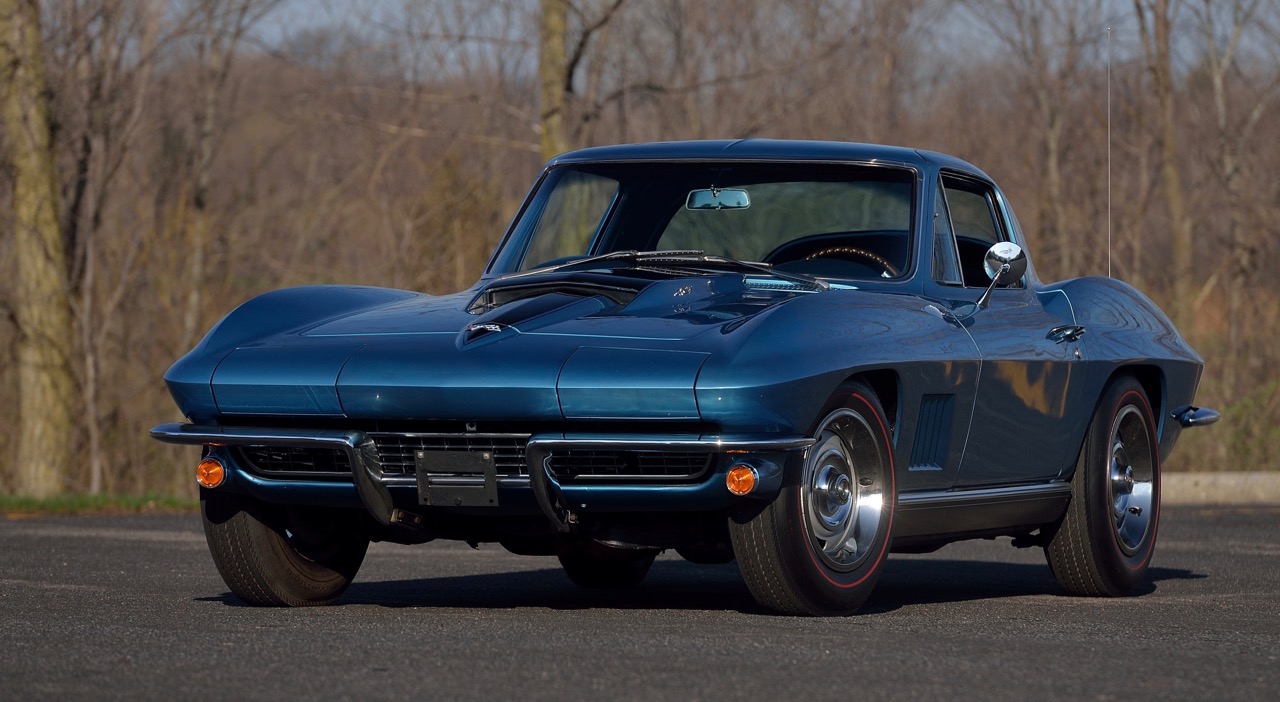 Like many who were drafted into military service and sent to fight in Vietnam, and who were fortunate enough to come home, Keith Richard Litavsky returned and bought the car of his dreams, a 1967 Chevrolet Corvette: Marina Blue with Bright Blue interior, and a 427-cubic-inch, 435-horsepower V8 linked to an M21 four-speed manual transmission.

Fifty years later, the car has been driven only 8,533 miles, a figure that may tick up slightly as it is driven across the block at Dana Mecum’s Original Spring Classic auction, May 16-21 at the Indiana State Fairgrounds.

Because of its very low mileage and meticulous care since new, Mecum Auctions labels the car as coming “out of the vault” and shares its story, as told by Litavsky’s son, Matt, who has owned the car since his father’s passing in 1993.

“Watching my hero die in front of me was the hardest thing I’ve ever done,” Matt Litavsky said in an interview shared by Mecum Auctions.

“My hero was my father,” he continued as he talked about a man who didn’t smoke or drink, who stood 6-foot-2 and weighed 220 pounds and worked out regularly, who carried shrapnel from one of his many front-line war wounds for the rest of his life, but who finally succumbed to cancer, traced to his exposure to Agent Orange, the chemical used to defoliate the jungle battlefields.

Matt Litavsky said his father’s last mission in Vietnam haunted him. There was a fire fight that claimed most of his father’s unit, and left his commanding officer badly wounded as well.

“My dad carried his injured commanding officer out of the fire flight,” Matt said, adding that the officer suggested that Matt’s dad be nominated for a Congressional Metal of Honor for his heroism in the battle.

“Yet he never received the medal because his commander lost his life in a helicopter crash before being able to submit the nomination,” Matt added. “That crash left my father as the only surviving soldier in his unit. He was released with two Purple Hearts, but it was an endless string of tragedies. We were so happy to have him come home, safe and sound … or so we thought.”

Keith Litavsky returned home and used the money he’d saved during the war to buy the Corvette, which he treated as though it were one of his own children. Matt notes that his father never drove the car in the rain, wouldn’t park it in bright sunlight, constantly cleaned it with a soft cloth, and parked it under cover and on four carpet-topped jack stands in the garage. His father also kept a journal of every time he drove the car, even recording rpm figures.

Matt, who keeps the car — still on its original tires — on a lift in his own climate-controlled garage, recalls his father buying a second vehicle just so he wouldn’t have to put excess miles on his Corvette.

“I have tried to continue to maintain the car with the same love and integrity that my father did,” Matt said of a vehicle that’s all original except for its battery and mufflers.

Mecum notes that Matt has only driven the car 15 miles in the past 15 years and that the car has been so protected that it’s never been displayed by the family at a car show.

So why is he selling it now?

“It will be a release of something I think will be better, kind of turning a page in another chapter in my life,” Matt says in a Mecum video.

“I will miss this car more than you will know, as it has been a part of my life and something that truly strengthened the bond between my father and me. But, one thing I know for sure, is that even when the car is gone, the memories will live on.”
link to video: