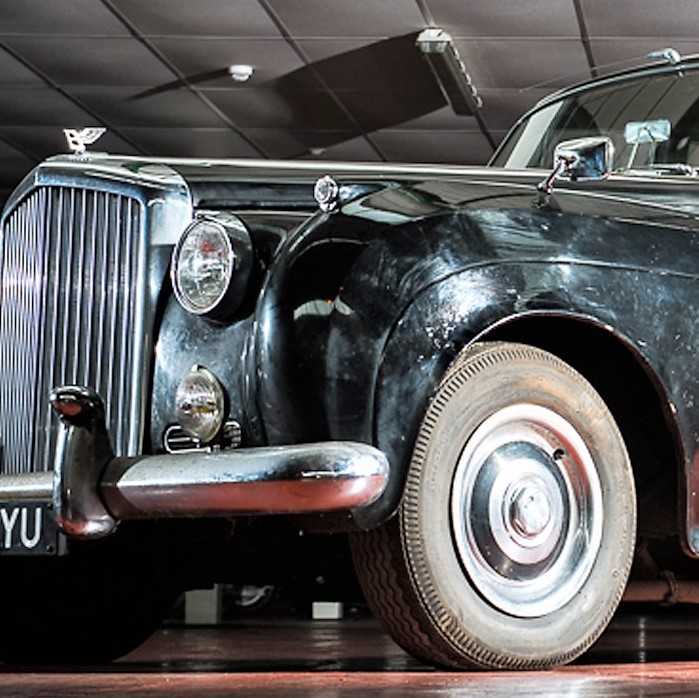 In 1966, Ray Davies – the lead singer and songwriter for the iconic British rock band The Kinks – took some of his newfound rock ‘n roll money and bought a 1960 Bentley S2 sedan. His family had convinced him to buy the huge car despite the fact that he didn’t drive.

The Davies family did use the car, however, according to the legendary rock star who is quoted in a news release from Silverstone Auctions, which will offer the Bentley on May 13 at its Silverstone circuit sale in England.

“I succumbed to the pressure (from the family) and purchased a second-hand Bentley from Hadleigh Green Garage in Barnet,” Davies said in the news release. “My then-wife drove it on my behalf because I was unable to drive at the time.

“We lived in a little semi in Muswell Hill and the neighbors were in shock and awe when they saw this huge black Bentley drive up along the narrow shingle path to the house. We subsequently went on holiday in the Bentley to Cornwall, an exotic spot in England which was our family outing with my two daughters in the back with their buckets and spades.”

As well as being used by the Davies family, the Bentley has another notable claim to rock-music fame. It was in the back seat of the car that Davies wrote one of The Kinks’ most-memorable hits, “Apeman.”

The Bentley was occasionally used by the band, he added, and was featured in a photo shoot for the Preservation album.

“When I moved to Surrey in the ‘70s the car came down with me; I still could not drive, I had never driven the car, which gives it some element of kudos,” Davies said. “It was occasionally taken out for special events like weddings and family outings.

“The Kinks took it once on the road in England but the fans started writing on the car with lipstick and our then-manager Ken Jones promptly retired my car to the garage.”

“It is rare to auction a car direct from rock royalty, and this Bentley offers an incredible opportunity for rock ‘n roll fans and Bentley aficionados alike,” Arwel Richards, classic car specialist at Silverstone Auctions, said in the news release.