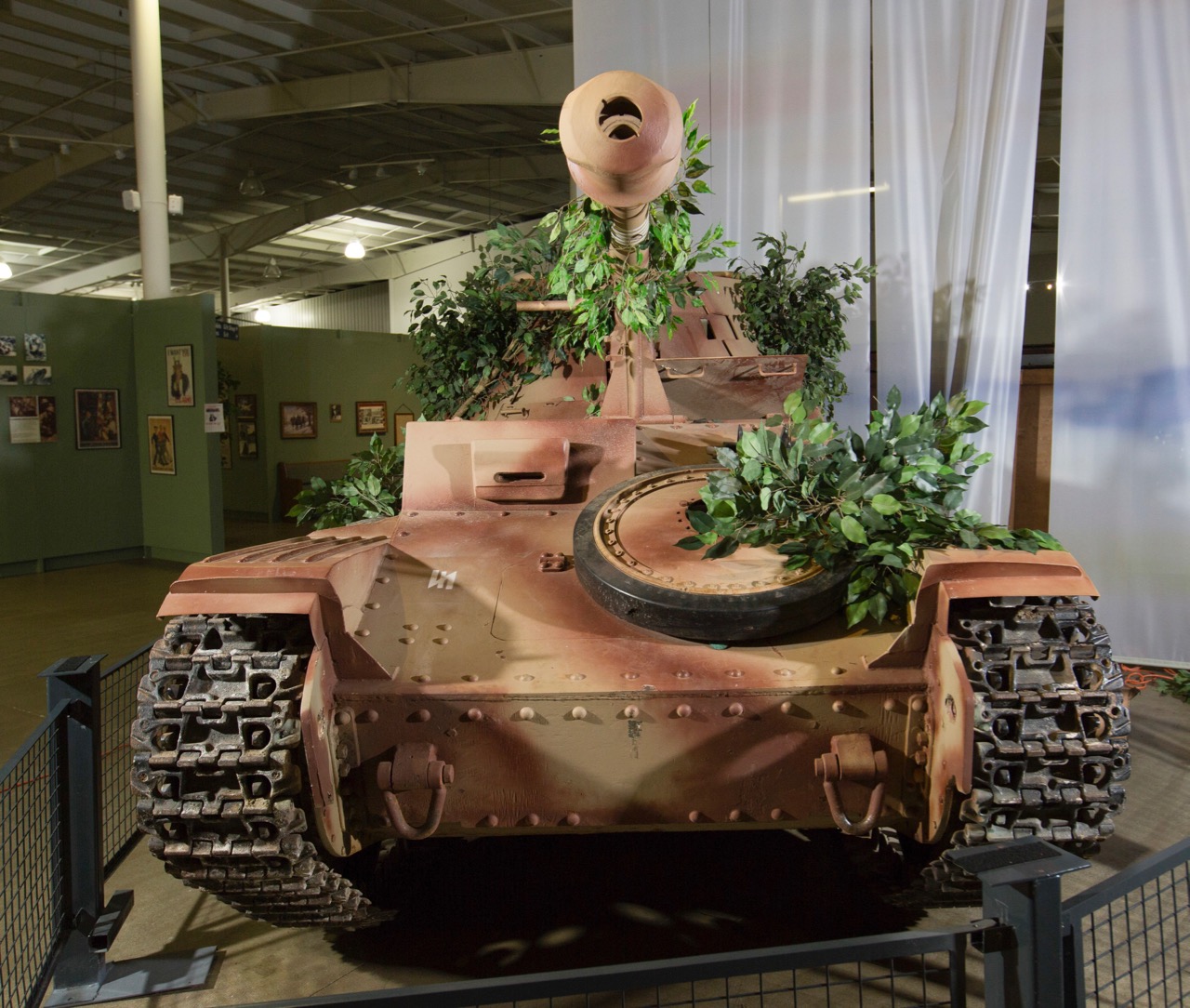 This 1941 Krupp 8.8cm Flak 36 artillery gun is among the museum pieces headed to auction | Auctions America photos by Teddy Pieper

Five years ago, Auctions America managed an on-site auction at the National Military History Center in Auburn, Indiana, generating $2.97 million in sales so the museum could pay off its mortgage.

Next month, 15 more military vehicles, each formerly displayed at the museum, will be offered up for bidding at Auction America’s annual Auburn Spring sale, being held just across the street — well, on the other side of the Interstate highway — at the Auburn Auction Grounds.

Buick built more than 2,500 of these M18 Hellcats for WW2 effort

Expected to draw the highest bids, and perhaps the most attention as well, are a 1944 Buick M18 “Hellcat” tank destroyer and a 1944 Panzergajer 38(t) Mit 7.5cm Pak Ausf M, a Czech-designed tank-style vehicle.

The Hellcat was one of more than 2,500 M18s built by Buick in 1943 and 1944. They were considered the fastest full-tracked, armored fighting vehicles used in World War II, traveling at speeds as fast at 55 mph, according to Auctions America. The 76mm gun atop the vehicle could penetrate armor that was 100mm in thickness.

Hellcats were powered by air-cooled, 350-horsepower, 9-cylinder Continental R-975 C1 engines and weighed around 40,000 pounds. had an open turret so the vehicle commander had a full field of vision, though no overhead protection. The driver sat at the front left of the vehicle and the co-driver at the front right. Three other crew members were inside — a gunner, a loader and the commander, who also could operate a Browning M2 50-caliber machine gun.

After Germany invaded Czechoslovakia in 1939, it found that army’s LT Vz 38 (38(t) tanks to be inadequate for the needs of the Eastern Front and converted them into anti-tank vehicles (Panzerjaegers), Auctions America says in its online catalog. They carried either captured Soviet 76.2mm field guns or German 7.5 cm PaK 40 weapons.

The one being offered at the auction is an improved M model which had its fighting compartment moved back in the hull. The vehicle is being sold without an engine or transmission and carries a pre-sale estimated value of $200,000 to $350,000.