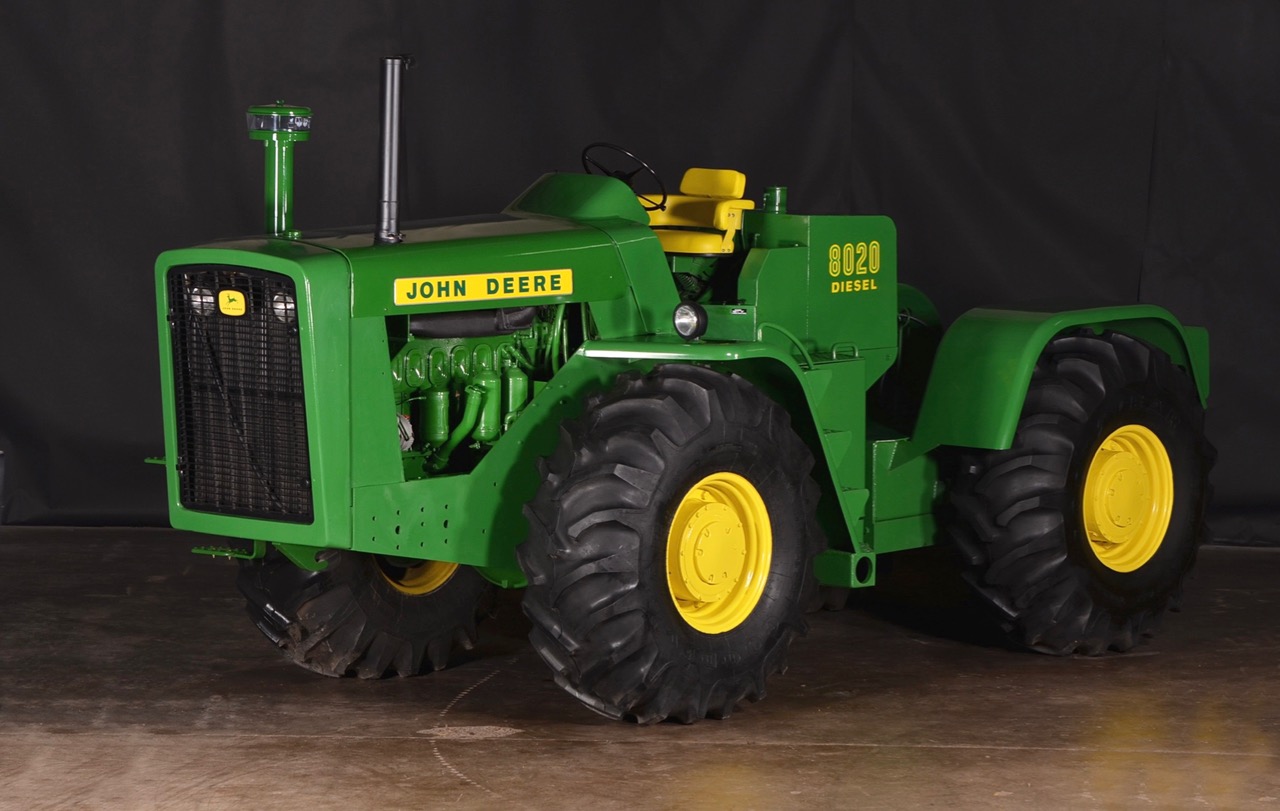 “I guess I bought a BNH (produced in the 1930s) and a (mid-1950s) 420W John Deere in the late ‘80s, and I guess I got more interested in them and started buying them here or there,” Drosselmeyer is quoted in the catalog for the upcoming Mecum Auctions’ Gone Farmin’ sale of Drosselmeyer’s collection of more than 175 tractors, all of them produced by John Deere.

From that start of his collection, Drosselmeyer said “I found myself trying to fill in the spots that were missing. Finding those missing pieces is part of the fun.”

And one of the reasons you end up with more than 175 tractors.

When his father returned from military duty, the Drosselmeyer family settled on 9,000 acres in Two Buttes, a very small town (current population 50) founded near the old Santa Fe Trail as part of the creation of the Two Buttes reservoir and dam in southeastern Colorado, just west of Kansas and north of the Oklahoma Panhandle.

Drosselmeyer still works that land, and has operated an aerial spraying business for 40 years.

When he started collecting, one of Drosselmeyer’s goals was to acquire one of every 2-cylinder John Deere Standard produced.

“They were built in four types: gasoline, all-fuel (a low-grade fuel that could be used in lower-compression engines), propane and diesel,” he said. “Some got really rare and hard to find.”

Despite owning so many of the green-and-yellow farm implements, “none of my tractors have ever been left outside since I’ve owned them,” Drosselmeyer said of how he has had to house his collection not only in Two Buttes, but in storage facilities in several other locations as well.

Thus the auction will take place June 2-3 in the CAM II Warehouse in Mascatine, Iowa.

As Drosselmeyer’s collection grew, he needed help with restoration and maintenance and turned to his long-time friend, Jeff McManus. McManus started his own collection of John Deere tractors in 1972 and has worked with Drosselmeyer since 1999.

“When you can find two tractors with consecutive serial numbers, it’s like a bonus,” Drosselmeyer told the Gone Farmin’ team.

However, he added, “It just happened that way. You get to looking for things like that, and then sometimes it just happens.”

The star of the collection is 1964 John Deere 8020, the first articulated 4-wheel-drive tractor produced by the company. Only 101 of these massive units, eight-foot tall and equally as wide, were produced.

A collector from Topeka had more than a dozen of his tractors on display one year at the Kansas State Fair, including an 8020 with eight forward and two reverse gears.

“The sound of the engine (a 6-71 GM 2-cycle 6-cylinder) caught my ear, and then I just had to have it,” said Dosselmeyer, who stayed in contact with the tractor’s owner and, years later, was able to buy the 8020.

Mecum notes that Dosselmeyer enjoys not only collecting, but sharing, and often can be found cooking burgers or making ice cream (using an old John Deere engine to provide power) at vintage tractor events.

Dosselmeyer’s collection may be the largest ever of vintage John Deeres.

“I think we did it,” he said. “We spent decades doing the whole tractor thing and putting together probably the largest collection of race and restored John Deere tractors in the U.S.

“But it’s not just the size. We found the best-quality tractors we could put together, and then we made them even better and dressed them up with every little option we could. These tractors are as good as they can get.”