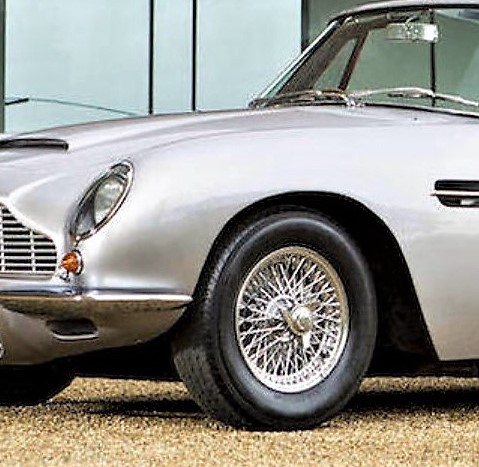 For the 18th year, Bonhams holds its all-Aston Martin auction at the legendary British automaker’s ancestral home at Newport Pagnell, Buckinghamshire, with the sale taking place on May 13 and offering vehicles spanning more than six decades of the exclusive and very valuable motorcars.

For those wishing to pose as the landed gentry, there is an unusual 1996 Aston Martin V8 Sportsman Estate Car, a shooting brake (two-door station wagon to us Yanks), of which only three were built. This is one of two ordered by a sporting pair of wealthy Swiss brothers. The car started out as a standard left-hand-drive coupe and then returned to the factory to be modified as a shooting brake.

As usual, the Aston Martin sale will include a gnarly barn-find fresh from long-time slumber. Though now little more than a rusted hulk, the 1957 DB2/4 MkII Sports Saloon has a colorful history, having been originally owned by renowned marque enthusiast The Honorable John Dawnay (later The Rt Hon Viscount Downe) of Wykeham Abbey.

The Aston was owned years later by Frederick “Fearless Freddie” Mills, a well-known character in the post-war British sports and entertainment scene. Mills was a boxing champion who held the world light-heavyweight crown from 1948-1950 and, after retiring from the ring, took up acting, hosting and running a successful nightclub in Soho until his death in 1965.

The DB2/4 was laid up with engine issues in the 1970s and parked in a rural out-building ever since, its engine dismantled, until it recently was brought out.