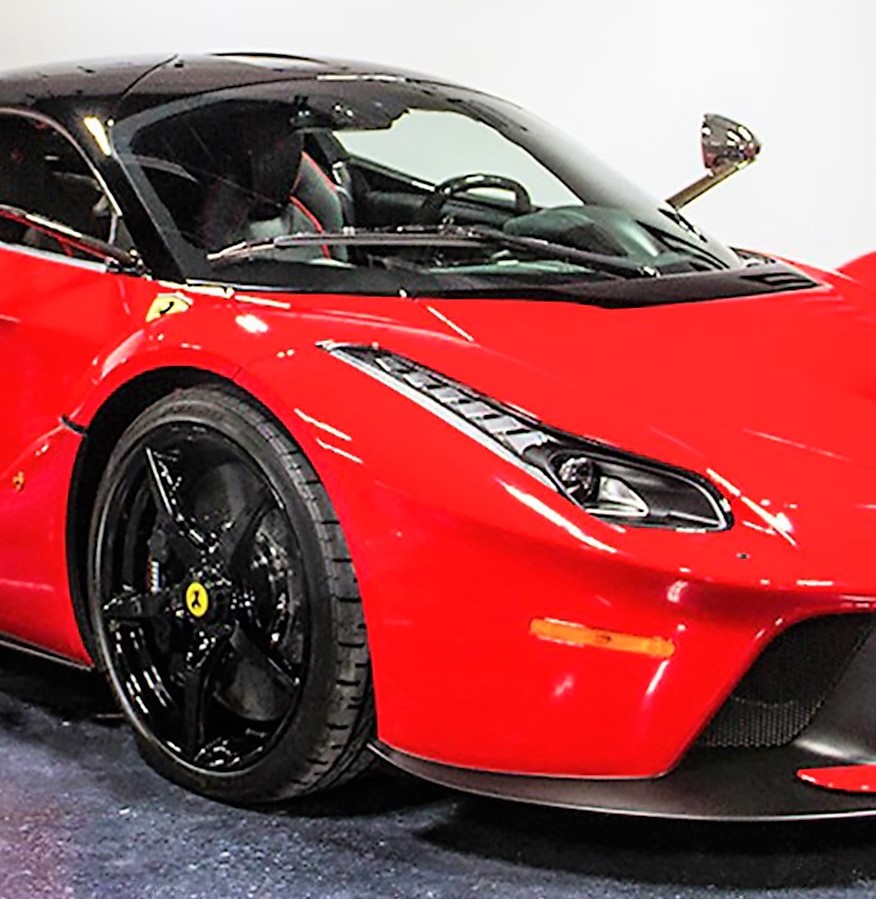 Leake Auction Company had an excellent day Saturday in Dallas, where it sold an ultra-exotic 2014 Ferrari LaFerrari for $3.7 million. The LaFerrari is the highest-priced vehicle ever sold at auction by Leake, which was founded in 1972.

Leake’s auction dockets are customarily filled with reasonably priced collector cars, so the LaFerrari was quite a deviation from the company’s usual fare. Just 500 LaFerraris were produced, and this one-owner car was in brand-new condition, having been driven fewer than 600 miles.

The LaFerrari body was designed by Pininfarina

The LaFerrari is a stunning performance tour de force, powered by Ferrari’s most-powerful-ever V12 engine topped by an F1-derived HY-KERS hybrid system that provide a combined 949 horsepower and 663 pound-feet of torque. The car can reach 60 mph in less than three seconds and hit a top speed of 217 mph. The body was gorgeously designed by Pininfarina and built out of the latest space-air materials.

“We had an exciting day in Dallas Market Hall,” Richard Sevenoaks, president of Leake, said in a news release. “This has been the most talked about car available for auction this weekend (Worldwide Auctioneers held its Texas auction in nearby Arlington on Friday and Saturday).

“In the 45-year history of our company, this is the most expensive car we have ever sold,” he added. “We are thrilled with the sale.”

Leake’s LaFerrari result is in line with other recent auction sales of the hypercar. Two were sold during the collector car auctions in August on California’s Monterey Peninsula, one for $4.7 million and the other for $3.685 million. The last of the 500 LaFerraris produced sold in December for $7 million, but that result is seen as an outlier since the proceeds went to benefit victims of the earthquake in central Italy.

Leake’s three-day Dallas auction continues today, but there is nothing crossing the block that is expected to exceed the LaFerrari sale.