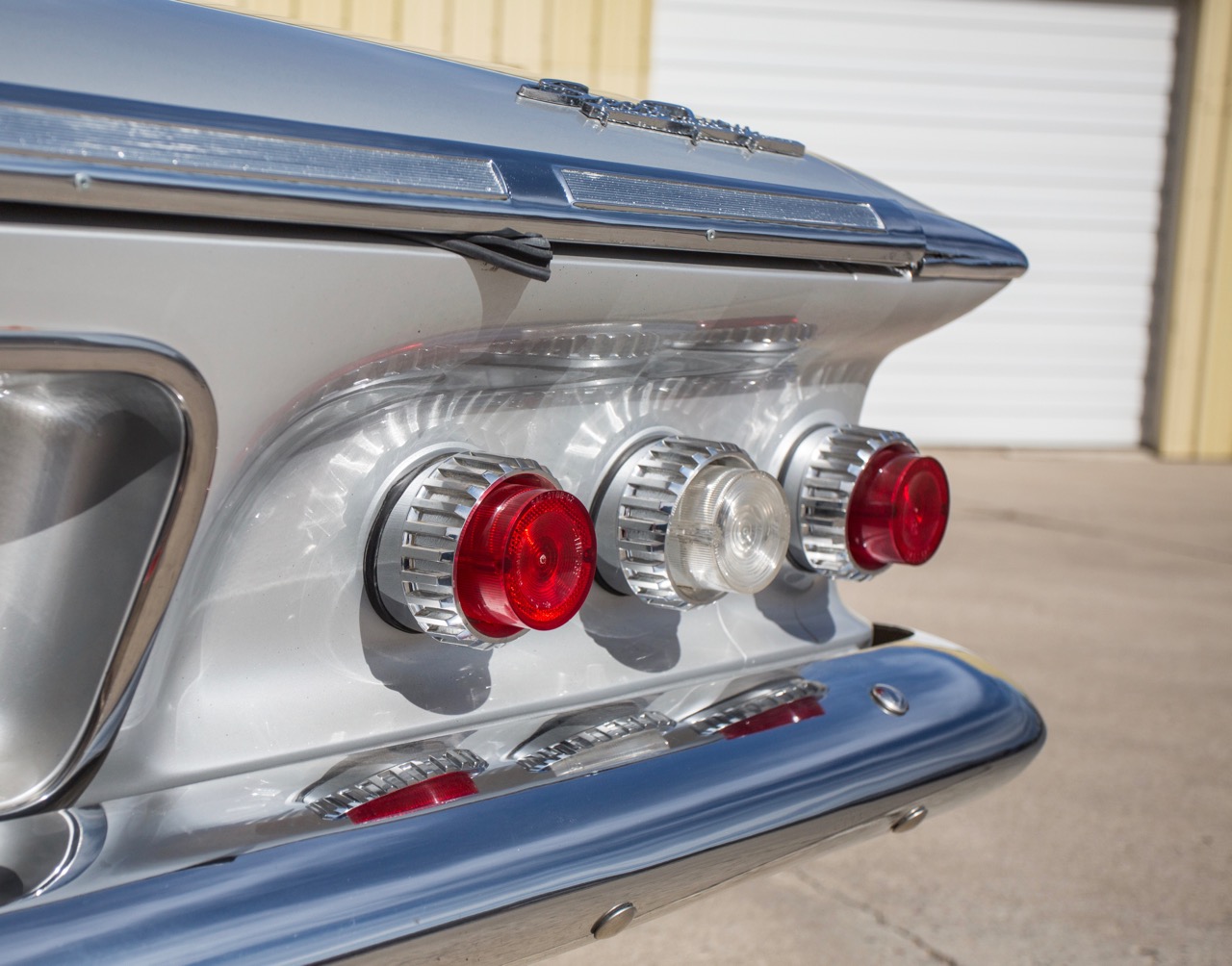 And Mecum Auctions, now in its 30th year, is going very well.

“Now,” Frank added of his father, “he’s working on his third collection.”

Frank’s father is Dana Mecum, who in his early 20s sold his car collection to launch Mecum Auctions, which from May 16-21 celebrates the 30th Anniversary Dana Mecum’s Original Spring Classic Auction at the Indiana State Fairgrounds in Indianapolis.

Frank and his brothers, Dan, Ben and Harry, all are involved in the family operated auction business.

Dana Mecum grew up in the automotive sales business. His father, Edward, started selling Studebakers and Packards in the 1940s, and his later Buick/Pontiac dealership may have been in a small town in northern Illinois, but it built the largest fleet-sales business in the country. At age 22, Dana Mecum started his own used-car lot, focused on second-hand but high-performance Chevrolets — Corvettes, Camaros and Chevelles – but also a variety of vehicles, including semi-tractor/trailer rigs.

In 1987, Mecum took 25 classic cars in trade for a few of those big rigs and decided the best way to sell that trove would be to stage a collector car auction in 1988. He made arrangements to conduct the sale on the grounds of the local airport at Rockford, Illinois.

The sale was spectacular, though not in the way Mecum might have hoped. A tornado struck the airport during the sale, and although none of the vehicles on offer were damaged, it put a literal dark cloud on Mecum’s auction debut.

To help recoup, a second auction was scheduled a year later — at the Rockford Metro Center — and it went off without weather interference. By year three, and back at the airport, the springtime auction had emerged as a huge success and, since then, Mecum Auctions has been moving right along, especially in recent years when it has expanded its auction schedule and its geographic footprint, which now reaches from Pennsylvania to Oregon and from Florida to Southern California. That footprint expands even further with television coverage of all Mecum’s collector car sales on NBC’s sports network.

The company also has launched a series of vintage farm-tractor auctions and conducts sales focused on automobilia, or what Mecum Auctions calls Road Art.

The spring sale moved to the Boone County Fairgrounds in Belvidere, Illinois, from 1991-2007. Since 2008, the Original Spring Classic Auction has been staged within the art-deco buildings of the Indiana fairgrounds, which provide one of the most photogenic settings for any collector car auction. As has become typical of the sale in recent years, around 2,000 vehicles will be driven across the Indy auction block.

The 2010 Spring collection includes 50 vehicles one collector purchased at Mecum’s Indy auction in 2010 and, in a case of what goes around, comes around — are back on the docket this year — and at no reserve. The 50 cars range from a 1948 Packard Deluxe 8 touring sedan to a 1971 Chevrolet Chevelle SS convertible powered by a factory-installed 454cid V8, with lots of 1950s and ’60s American classics in between.

Dallas Hawkins, who operates Midwest Muscle Cars, has surpassed his capacity and thus is sending nearly 30 cars, including ‘Cudas and Corvettes, to auction at no reserve. Speaking of muscle cars, the Virginia Muscle Car collection includes 16 muscle machines, including four by Yenko, as well as Hemi and AAR ‘Cudas.

The Klairmont Kars are a delightfully eclectic group of some 60 vehicles ranging from customized golf karts, hot rods and a George Barris-built dual motorbike to a 1914 Wolseley Stellite and 1915 Ford Depot Hack.

And those are just the cars from significant collections. There are around 1,800 more that will cross the block at Indy. Also on that block will be Dana Mecum and son Frank, while the other Mecum sons — Dan, Ben and Harry — maintain less public roles in the family’s business.

Oh, and after Frank talked his father into working on his third car collection, we asked what’s in Frank’s collection. To which he laughed, explained that he and his wife have four young children and thus a pair of vehicles with three rows of seats. But someday, he added, there’s that Corvette he wanted and didn’t get when he was in high school that he’d like to buy when he starts his collection.