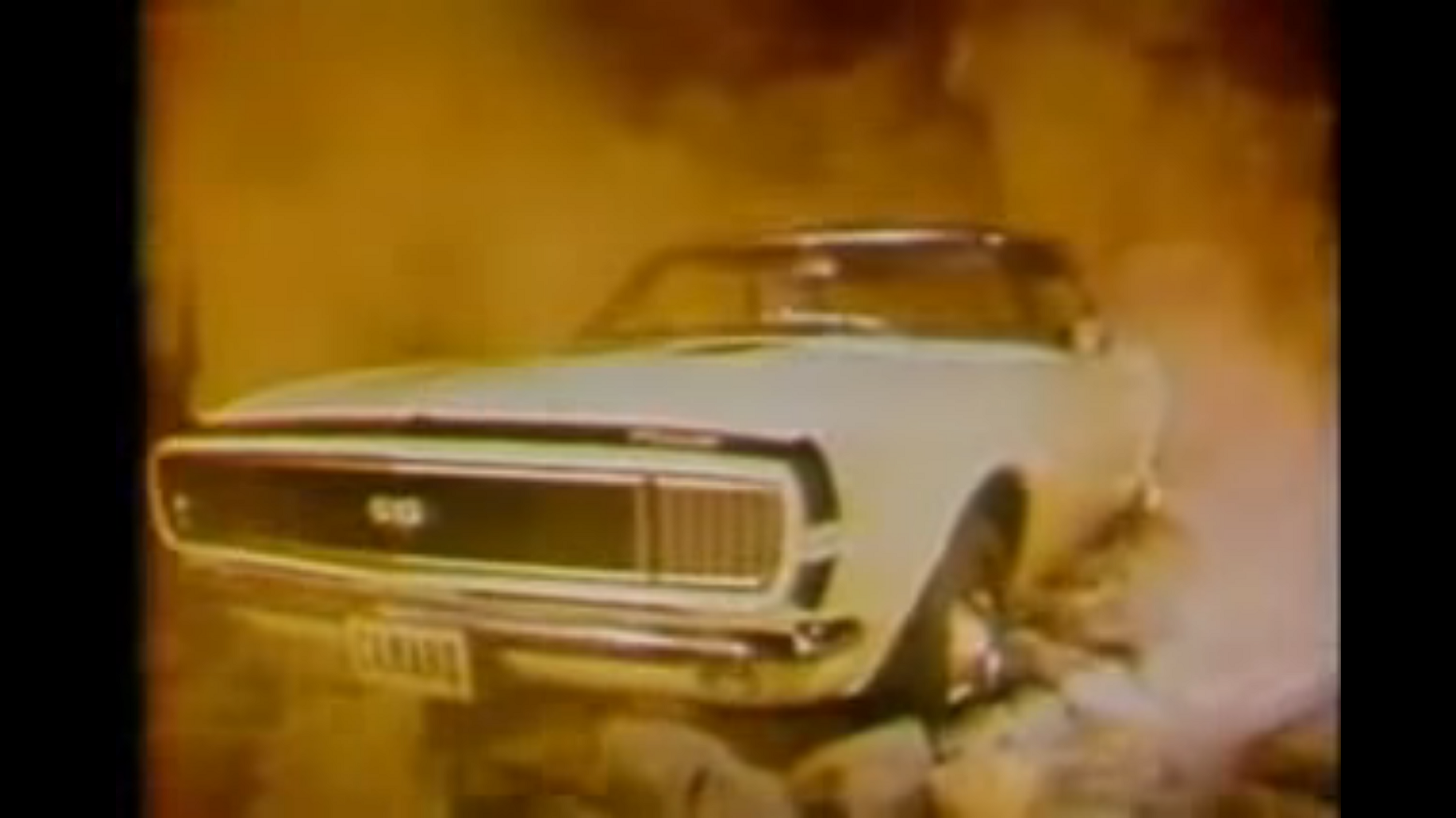 Seen dramatically erupting from a volcano, Chevrolet introduced its “fiery, new creation,” the 1967 Camaro SS, “the new car that’s something else, something never before seen in a driving machine.”

The ad emphasizes the “Camaro is shaped for action,” equipped with a “big car engine” and has “big car stance.”